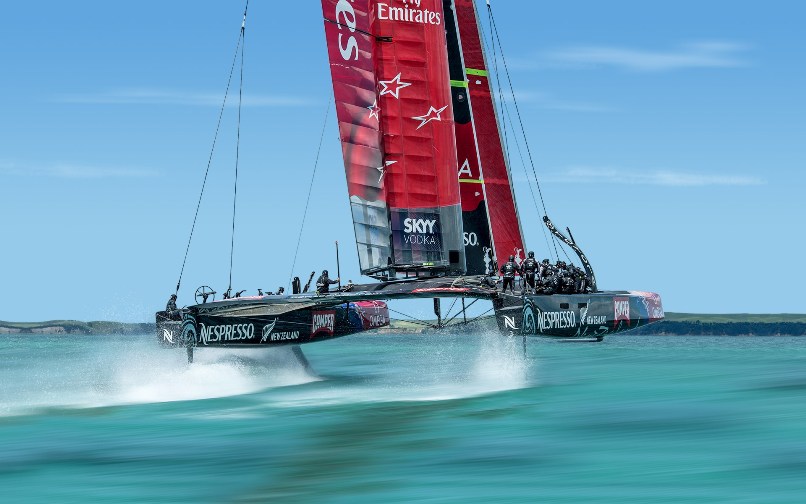 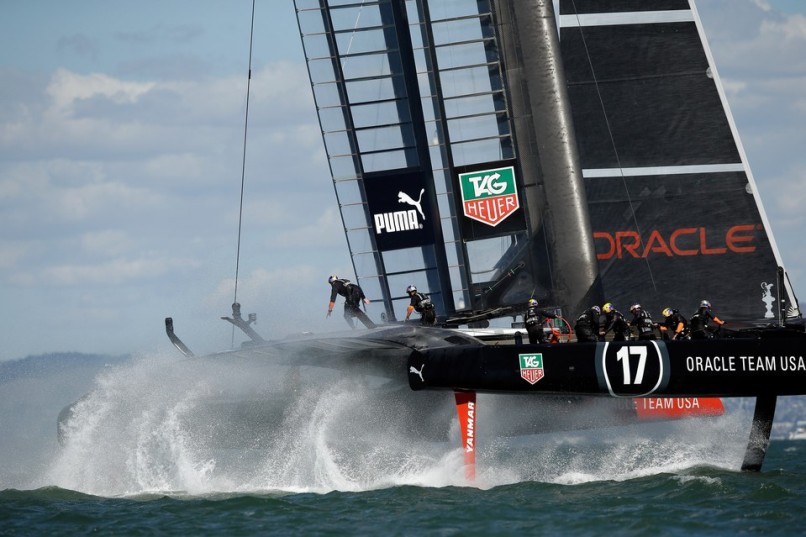 Emirates Team New Zealand are one victory away from an America’s Cup rematch with Oracle Team USA after two victories against Sweden in the challenger playoff final on Sunday.

Helmsman Peter Burling’s Kiwis won two of the day’s three races to take a 4-2 lead in the best-of-nine challenger final, which will be decided on Monday on Bermuda’s Great Sound.

The teams were 2-2 after Sweden’s Artemis Racing won the opening race on Sunday.

New Zealand restored their advantage in the second race, then survived a late mistake to edge the fast-closing Swedes by a nose in the third.

“One little mistake, one little error and you’re really struggling,” a relieved Burling said after a narrow escape in the day’s final race.

New Zealand appeared to have the race in hand before a miscue at the final gate saw the boat slow dramatically as it came off its foils, allowing Sweden to close rapidly.

With a better angle to the finish line, New Zealand managed to get across little more than one second in front.

“We were really happy to walk away from the day 4-2 up,” Burling said. “To get our boat around the track in the way we did and to take those couple of wins, is full credit to the whole team, and what they’re willing to give to get the job done here.”

He credited the Kiwi “cyclors” — who rather than grinding winches with their arms use cycle-style pedals to provide power for the boat’s systems — with pulling them through.

“We probably gave everyone a heart attack at that last mark there… but the way the boys ground the board down it’s full credit to the bikes and the design we have to get the power to get it down and hold on to the lead.”

The winner of the series will take on two-time defending champions Oracle in the 35th America’s Cup Match starting on June 17.

The Americans roared back from an 8-1 deficit to hand New Zealand a heartbreaking defeat four years ago in San Francisco.

Choppy waters and a threat of storms, with winds predicted to range from seven to 17 knots greeted sailors on Sunday morning.

Sweden, trailing 2-1 after Saturday, thrived in the heavy winds of the first race to knot the series at 2-2, despite plummeting off their foils on a poor tack in the fifth leg.

The mistake almost let the Kiwis past, but Sweden recovered and held on to win by 15 seconds.

Helmsman Nathan Outteridge had Artemis across the start line first again in the fifth race.

But New Zealand, looking stronger as the winds subsided, seized the lead on the third leg and were sailing towards victory when trouble with the control system brought the Swedes’ race to a premature end.

After some hectic on-water repairs, Artemis were ready to go for the day’s third race. But after coming up just short, their backs are against the wall.

“The whole paradox is that we feel very comfortable meeting the defender, and the only problem is that we have to beat our Kiwi friends,” Artemis adviser Loick Peyron told AFP.

Outteridge certainly wasn’t giving up on that possibility.

“We saw in the semi-finals that anything is possible,” said Outteridge, whose Artemis rallied from 3-1 down to beat SoftBank Team Japan in the previous round.

“We’ll keep chipping away. We won’t change how we tackle the starts or the first mark approaches. We’re six for six there. It’s more what we do in the upwind legs to help keep them behind us.

“The boat’s doing just fine,” Outteridge added. “I think if we can keep attacking the races the way we have been, and (keep) trying to control Team New Zealand as much as we can, that’s the important thing for us to focus on.” – Agence France-Presse