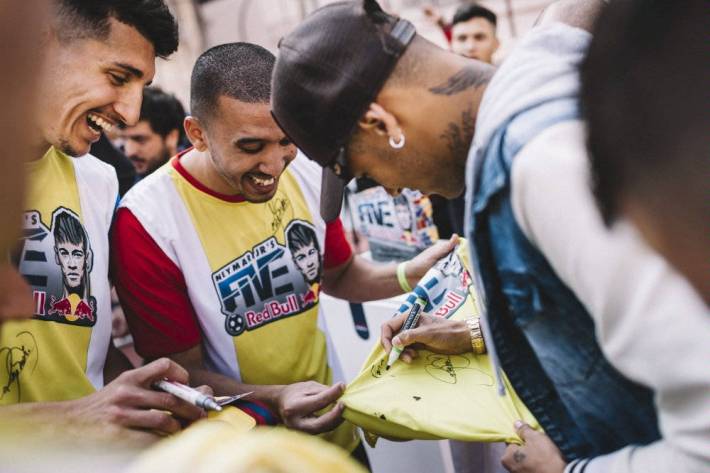 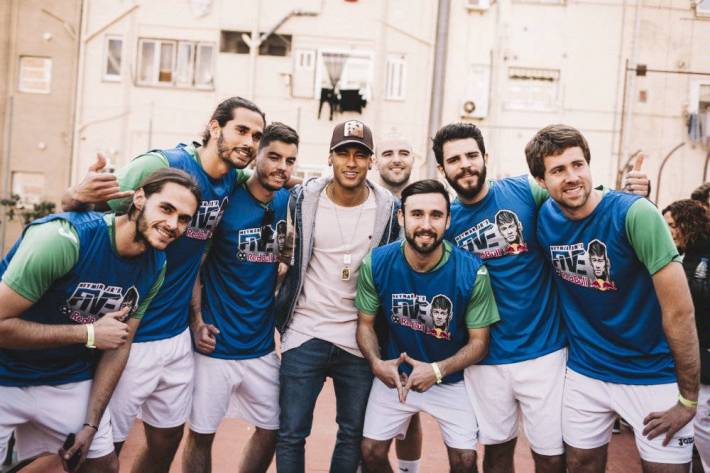 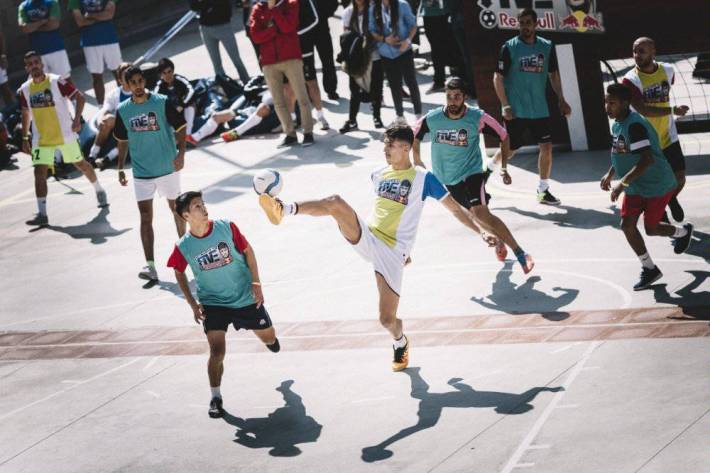 Fresh from scoring twice in Barcelona’s 6-0 victory over Getafe in La Liga on Saturday, the Brazilian striker paid a visit to his signature tournament’s Spanish finale on Sunday.

Teams of five to seven players aged 16 to 25 are currently competing around the world in Neymar Jr’s Five, with national qualifiers followed by a World Finale in Brazil on July 9.

“I played a lot of football on the streets as a kid,” said Neymar Jr when asked about this global five-a-side contest. “We had competitions with friends, a small goal and not too many rules. So this is why this whole concept brings me back to my childhood.”

Sunday’s finale in Barcelona was the fourth national finale out of 44 finales in total. 12 teams from Madrid, Valencia, Las Palmas, Bilbao, Malaga and Barcelona faced each other, with ZZ Las Palmas, a group of friends from Gran Canaria, winning. One of the players had never even left the Canary island before – and they’ve now earned a ticket for the finale in Praia Grande.

Neymar Jr chatted with the teams and presented the trophy to ZZ Las Palmas.

“The World Final will take place at the Instituto Neymar Jr, my institute. I’ll be there personally and I’ll see who’s going to become champion,” he explained.

“I wish good luck to all participants and may the best team win!”