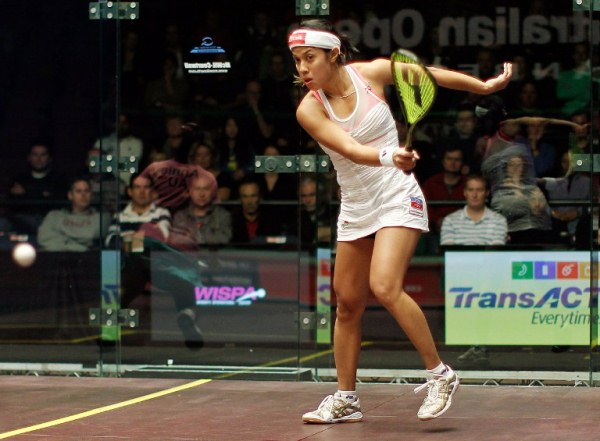 Based on the latest Women’s Squash Association (WSA) world ranking issued today, Raneem became the new world number one after accumulating 2,979 points, 126 points more than Nicol, who has 2,853 points.

Commenting on the lost, Nicol said the fall was something she expected and would strive harder to reclaim the title.

“The lost of number one title did not come as a surprise, it was expected because Raneem had won four of the last six tournaments. Obviously, not the best moment but at the same time this gives me something to strive for and I am really hungry to get that number one position back.

“Looking back at the incredible nine years as number one, it gives me so much experience to take on what’s there for me and the challenges is to come next season and hopefully more years to come,” she said in a video posted in her Facebook page.

The 32-year-old Penangite was in the top spot from January until March 2006 before Vanessa Atkinson of the Netherlands took over for four months until July, before Nicol reclaimed the crown from August 2006 until now.

Nicol however, could regain the top spot if she managed to secure the 2015 China Open which kicks off on Thursday.

As for other Malaysians in the world ranking list, Low Wee Wern remains in ninth spot despite not seeing action due to an anterior cruciate ligament (ACL) injury since April.

However, Delia Arnold notched the biggest leap in the rankings when she jumped five rungs to 12th position, her best-ever career position. – BERNAMA