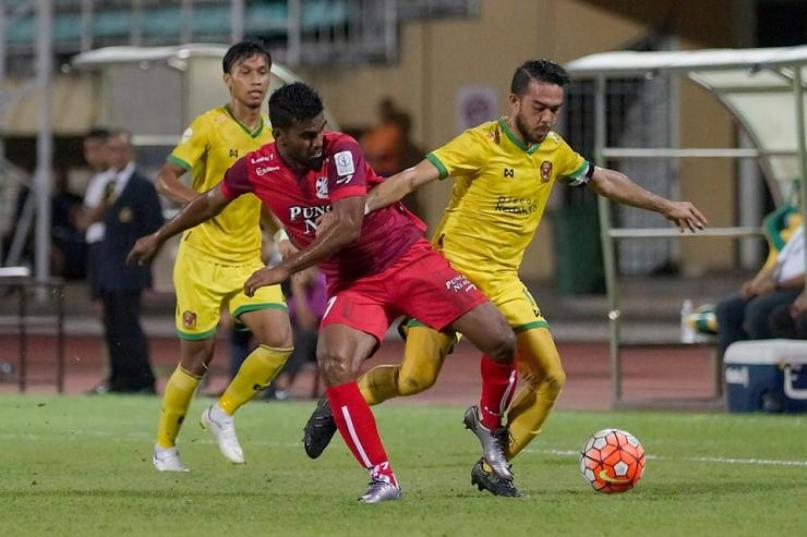 # Police still in the hunt – thanks to an away goal

# Kedah need to tighten up their game for the return-leg

Last year’s runners-up Kedah were given a rude awakening by a gritty Police side in the first-leg Malaysia Cup semi-final before coming off 2-1 winners at the Darulaman Stadium in Alor Setar on Friday.

The highlight of the match was that all three goals on the night in front of a sellout crowd came via penalties with both sides missing goal scoring opportunities that left the teams frustrated.

In the end it was Police goalkeeper Haziq Nadzli who turned the match into Kedah’s favour when he conceded a penalty and earned a yellow card with a foul on Kedah’s Thiago Augusto inside the box.

Kedah’s hardworking Kosovo midfielder Liridon Krasniqi made no mistake from the spot on 80 minutes to swing the result in favour of the Red Eagles and send the 30,000 over fans wild.

The Red Eagles were 1-0 up after eight minutes when Augusto was shackled inside the box and the Brazilian picked himself up to give the homesters the lead.

From the ensuing penalty former Selangor player Guilherme de Paula had to take the spot kick twice but it did not matter as he was on target on both occasions and Police drew level.

More importantly the away goal could play a role in the return-leg at the Hang Jebat Stadium in Malacca on Oct 15.

Police head coach Fauzi Pilus was quick to admit that the away goal has given his team hope in the return-leg.