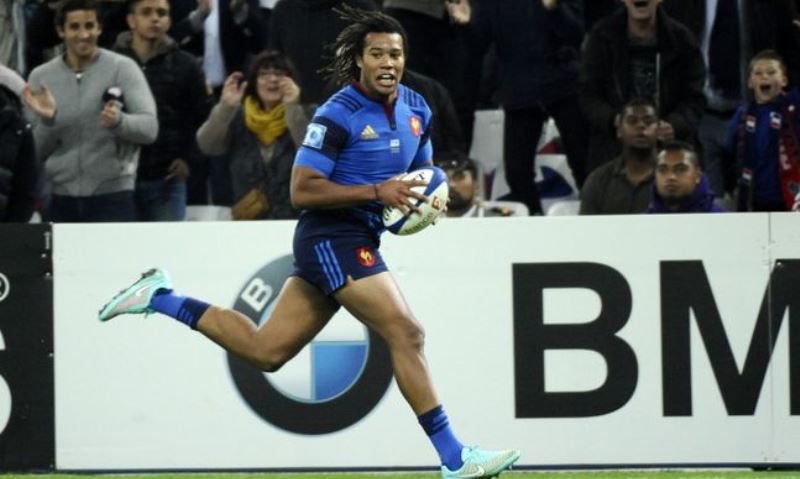 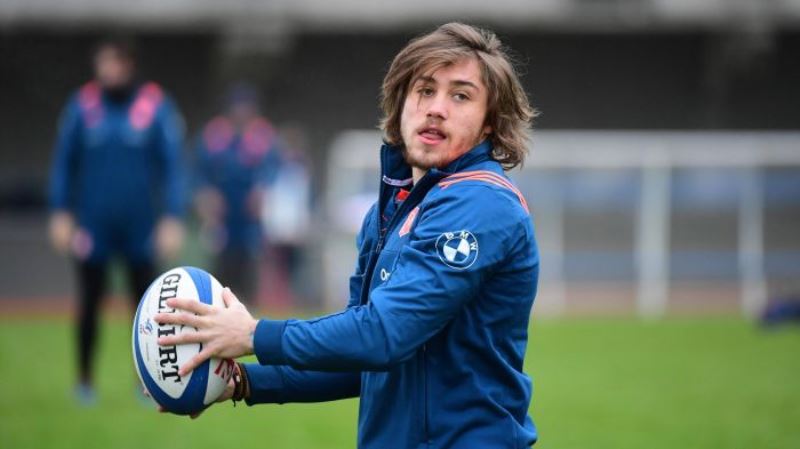 Noves announced eight changes in total to his starting line-up announced on Thursday from last week’s 18-17 defeat to South Africa.

“I’m holding to what I said: I wanted over these three or four matches to see as many players as possible and to give them sufficient game time to assess them,” said Noves, referring to France’s three autumn Tests (against new Zealand, South Africa and Japan) and the second string match against New Zealand in Lyon 10 days ago.

“Had we won by a point (against South Africa), that wouldn’t have changed the fact that I wanted to see all these players.

“Some of these players had a very constructive attitude during the Tuesday match.”

Of the backs, only wing Teddy Thomas (main pix) retains his place while Noves is handing debuts to flanker Sekou Macalou and wing Gabriel Lacroix, the two star performers in the French XV that ran a second string All Blacks close in Lyon 10 days ago.

In the pack, lock Romain Taofifenua, whose brother and prop Sebastien retains his place on the bench, is the only other new face.

Having stuck to the same starting XV for successive defeats against New Zealand and South Africa over the last two weeks, Noves has rung the changes this time.

Out have gone inexperienced half-back pair Antoine Dupont and Anthony Belleau, with Serin and Trinh-Duc reunited for the third time under Noves, who has often tinkered with that combination.

Noves has picked nine different half-back combinations in his 20 matches, using four different scrum-halves and as many fly-halves.

Serin had started seven of France’s eight internationals at scrum-half this season before the autumn internationals and regains his place despite an inconsistent display off the bench last week against the Springboks.

He was yellow-carded for tackling hooker Malcolm Marx off the ball and France crucially conceded 10 points during his sin-binning.

But the 23-year-old came back on to score France’s second try, only to then make a costly and naive mistake from the restart with less than two minutes to play as he kicked the ball into touch, handing South Africa back possession, which they held onto until the final whistle.

Noves said that regardless of how Serin played, “he was always going to play this match”.

South African born Scott Spedding returns to full-back with Henry Chavancy paired alongside Damian Penaud in the midfield, all returning to the team after playing in France’s disastrous June tour to South Africa — they lost all three Tests by at least 20 points.

Lacroix will make his debut on the left wing following a two-try performance for the French XV, while Thomas, a try-scorer against New Zealand two weeks ago, keeps his spot on the right wing.

The dynamic Macalou has been rewarded for his fine form with Stade Francais and a good performance against the second string All Blacks.