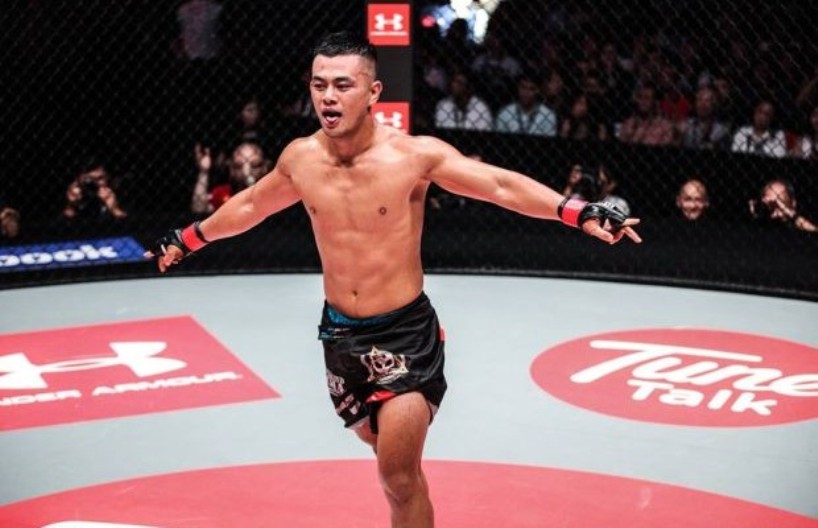 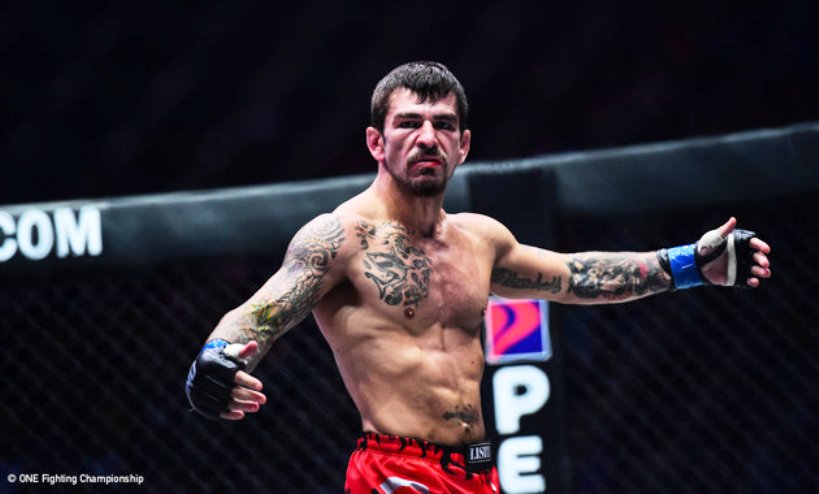 Eight Malaysian Superstars to compete on the night

The largest sports media property in Asian history, ONE Championship™ (ONE), will return to the iconic Stadium Negara in Kuala Lumpur for another stacked fight card. ONE: UNBREAKABLE WARRIORS is set to electrify fight fans in Malaysia’s capital city with a world-class event headlined by the nation’s own Ev “E.T.” Ting as he takes on Rob Lisita in the main event.

Ticket information for ONE: UNBREAKABLE WARRIORS will be available at www.onefc.com

CEO of ONE Championship, Victor Cui stated: “There is always a tremendous atmosphere and excitement in Kuala Lumpur each time ONE Championship comes to visit. This time, Malaysian MMA stars the likes of Ev Ting, Peter Davis, Ann Osman, AgilanThani, Gianni and Keanu Subba will all grace the ONE Championship cage in one night, ready to set the Stadium Negara ablaze with excitement and world-class mixed martial arts action. ONE: UNBREAKABLE WARRIORS will be a historic evening for Kuala Lumpur, and we can’t wait to be there.”

Ev “E.T.” Ting is a mixed martial artist of Malaysian descent. He lives and trains out of Auckland, New Zealand, and has amassed a stellar 11-3 record so far in his professional career. A winner of his last two bouts by impressive submission over top caliber opponents, Ting is one of the most talented fighters to come out of Malaysia.

As Ting’s popularity in his hometown soars, he gets the chance to once again grace the ONE Championship cage in the headliner against Rob Lisita.

33-year-old Rob “Warrior of God” Lisita of Campbelltown, Australia, is known as a relentless offensive force, armed with powerful striking combinations intended to score highlight-reel finishes. He is 14-8 as a professional mixed martial artist, and has proven to be a fixture in big fights owing to his fan-friendly style.

A veteran fighter who has faced the best in his division and beyond, Lisita looks to continue fulfilling his goal of competing against the promotion’s top contenders. His next assignment is Ev Ting, who will be fighting in front of his hometown crowd.

Kuala Lumpur’s Peter Davis is a local MMA star, actor, and model. The 35-year old Malaysian star owns a respectable 10-4 professional record, winning four of his last five bouts in impressive fashion. He likes to use his reach and athleticism to stifle opponents from range while picking them apart with pinpoint strikes. Davis is set to take on offensive dynamo Shannon Wiratchai of Thailand.

Shannon “One Shin” Wiratchai of Thailand, is a veteran of exciting and memorable battles inside the ONE Championship cage. A mainstay of Bangkok Fight Lab, he trains in various martial arts disciplines at home in Bangkok, including Muay Thai, boxing, wrestling and jiujitsu.

An innovator with a wide range of offensive manoeuvres at his disposal, Wiratchai likes to be creative with his striking, employing a myriad of unpredictable off-angle elbows and kicks. He’s set to lock horns with Peter Davis next.

Ann “Athena” Osman of Kota Kinabalu, Malaysia, makes a swift return to the ONE Championship cage following her exciting come-from-behind victory over Egypt’s HaiatFarag in her last bout. Known as Malaysia’s fighting belle, the female warrior hones her craft at Borneo Tribal Squad, advancing her skills in various disciplines such as wrestling, jiujitsu and Muay Thai.

A well-rounded fighter, Osman likes to overpower opponents, and is always extremely aggressive in pursuit of a finish. Osman will take on April Osenio in what should be an interesting clash of styles.

April Osenio of the Philippines is known as Team Lakay’s fierce female warrior. The 22-year-old prospect trains out of the high-altitudes of Baguio City along with her more experienced Lakay teammates. In her last bout, Osenio upset Filipino-English fighter Natalie Gonzales Hills impressively by first-round armbar, despite being adept in the striking art of Wushu. She now aims to continue in the win column by taking on a monstrous challenge in Ann Osman.

Tatsuya Mizuno of Tokyo, Japan, is a 35-year-old mixed martial arts veteran with a professional MMA record of 15-11-1. Mizuno’s knowledge and wisdom is a cut above the level of any of his opponents due to his vast experience inside the cage. Mizuno is a highly-resilient and determined competitor, with great all-around striking and grappling skills. He gets another shot at victory inside the ONE Championship cage against Gilberto Galvão.

Gilberto “Giba” Galvão is a 34-year-old mixed martial arts veteran from BalnearioCamboriu, Brazil, with extensive experience in the sport of MMA. A solid middleweight contender, Galvao has competed largely in Brazil and has compiled 28 total victories, more than half of which have ended in a submission.

The exceptional grappler will make his ONE Championship promotional debut against Japanese veteran Tatsuya Mizuno.

Malaysia’s Gianni Subba is a 23-year-old flyweight prospect from Kuala Lumpur. He spends his time carefully honing his craft with talented teammates, including brother Keanu, at Bali Muay Thai & MMA in Indonesia. A winner of four of his last five bouts, Subba is a seasoned athlete with a stellar 7-2 clip in his young career. 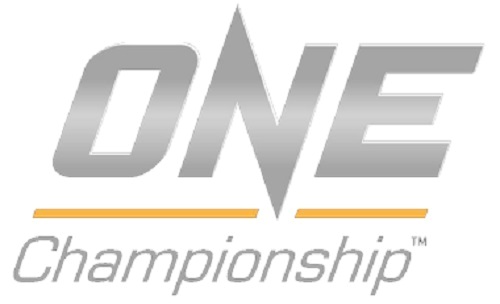 Five of his seven wins have come either by submission or by crowd-pleasing technical knockout. In his next assignment, the crafty Yago Bryan poses a stern challenge.

Yago Bryan of Rio de Janeiro is a Brazilian strawweight prospect who took on former ONE Strawweight World Champion DejdamrongSorAmnuaysirichoke in his promotional debut. The 24-year old more than held his own against the Muay Thai veteran, going back-and-forth with Dejdamrong for five gruelling rounds.

Skilled in both the striking and grappling arts, Bryan is making his way back to the ONE Championship cage, this time against Gianni Subba.

The undefeated Agilan “Alligator” Thani of Kuala Lumpur, Malaysia, will be making a quick return to the ONE Championship cage following his spectacular technical knockout victory over American Brad Robinson this past May.

The 20-year-old prospect is a perfect 5-0 as a professional, with four of his five victories ending in the first round. Thani has shown steady improvement in each outing, and will look to put his skills further to the test against the hard-hitting Trestle Tan.

Trestle Tan is a welterweight contender from Manila, Philippines, and is known as one of the hardest punchers in the promotion regardless of weight class. In his last bout, Tan made quick work of DjatmikoWaluyo at ONE: TRIBE OF WARRIORS in Jakarta this past February, winning via rear-naked choke submission in an exciting matchup.

He will need to be at full strength as he squares off against AgilanThani in an incredible showdown of powerful competitors.

22-year-old Keanu Subba of Kuala Lumpur, Malaysia, is a former amateur MMA champion and is one of the most promising young talents in ONE Championship’s featherweight ranks. He is 3-2 as a professional mixed martial artist after making a name for himself as Malaysia’s former MIMMA featherweight champion.

Subba’s experience inside the ONE Championship cage as a young fighter has taught him great lessons that he says has helped him improve his overall game. He’ll get the chance to test those skills against Waqar Umar next.

Waqar Umar of Pakistan is a featherweight with a 4-3 professional mixed martial arts record. All four of his victories have come by submission, made possible by his well-established grappling skills. Inside the ONE Championship cage, he’s faced the likes of Peter Davis, Amir Khan, and Benedict Ang. His next task is to take on rising Malaysian star Keanu Subba.

They will be accompanied by former WBF Asia-Pacific Light Heavyweight Boxing ChampionHisyamSamsudin and current MIMMA Featherweight Champion Muhammad Aiman, who will face off in a battle of Malaysian prospects to kick off ONE: UNBREAKABLE WARRIORS.