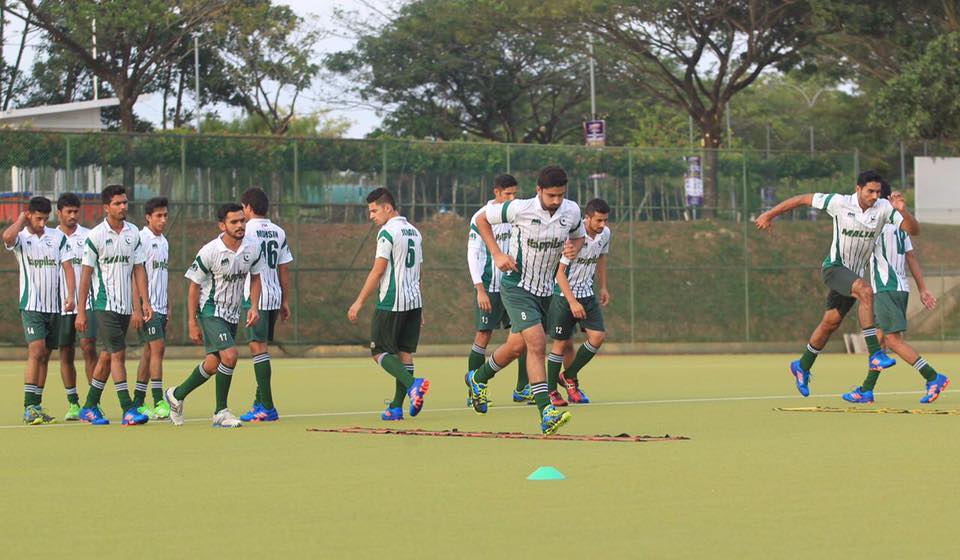 Pakistan have never been able to stamp their authority in the Sultan of Johor Cup Under-21 Invitational hockey tournament which is in its sixth edition this year. Will the 1979 Junior World Cup champions turn things around at the Taman Daya Hockey Stadium in Johor Bahru from Monday to Nov 6 when the sixth edition of the annual tournament gets underway.

Pakistan are one of the five teams that will be heading to India in December to compete in this eyar’s Junior World Cup Finals to be held in Lucknow from Dec 8-18. The other four World Cup bound teams are Australia, England, Japan and New Zealand.

The once Asian hockey powerhouse are thirsty for success in the Sultan of Johor Cup head coach Tahir Zaman is quite optimistic that the change of fortunes are in the pipeline at Taman Daya Hockey Stadium.

Pakistan hockey has it all-time low of late and for the first time the Asian nation failed to qualify for the Olympics in Rio in August.

Sultan of Johor Cup tournament records show Pakistan finished with the wooden spoon in the previous two editions. Pakistan also finished last in the inaugural edition in 2011 and fourth in the following two years.

In the Junior World Cup Finals in December, Pakistan have been drawn in Group B with Belgium, Netherlands, and Egypt.

Tahir Zaman knows that a good show in the Sultan of Johor Cup will be the yardstick for most of the team of a good outing in the World Cup..

Their ability to finish runners’ in the Junior Asia Cup last year could make teams take note of their presence at the Taman Daya Stadium.

The Sultan of Johor Cup matches will be telecast live by RTM on TV1 or TYi (180), streaming on RTM mobile or at OR www.rtm.gov.my