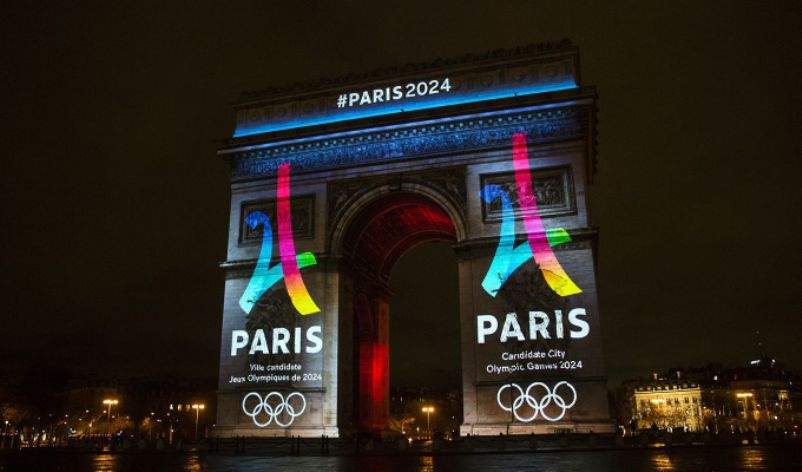 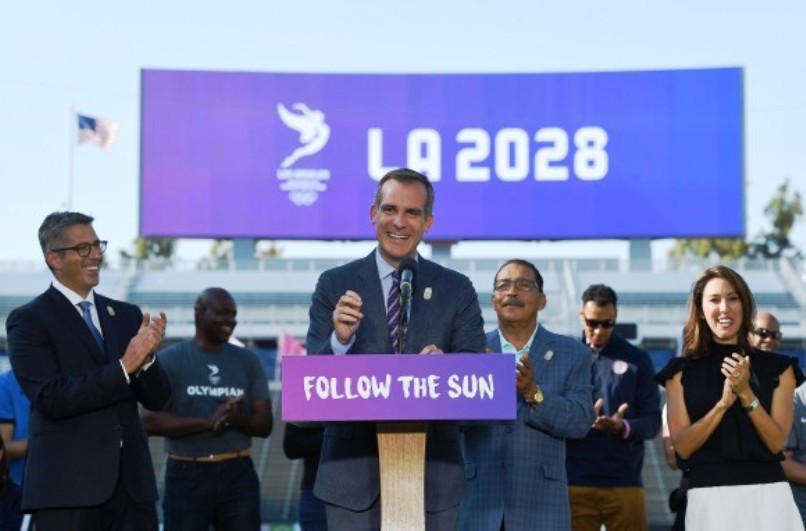 Paris is celebrating outright victory in its bid to host the 2024 Olympic Games despite cautionary rhetoric from French President Emmanuel Macron and bid leaders following a historic deal with Los Angeles.

Macron hailed the “very important step” on the road to hosting the Games after Los Angeles on Monday announced its intent to organise the 2028 Olympics.

The deal was described by International Olympic Committee president Thomas Bach as a “win-win-win” agreement for both cities and the Olympic movement.

But despite the fact that Paris is now effectively the only remaining candidate to host the 2024 Games, Macron and other bid leaders shied away from overt triumphalism.

“France notes the decision of Los Angeles to put forward its candidature for 2028 and to reach an agreement with the IOC and Paris,” a statement from Macron’s office said.

Macron spoke to Bach following Los Angeles’ announcement and was “delighted by this very important step towards France obtaining the Games in 2024”.

Paris Mayor Anne Hidalgo said on Twitter on Monday night: “Happy that my friend @MayorofLA has made an important new step on an agreement that will have three winners: Paris, Los Angeles and the IOC.”

Both Paris and Los Angeles had wanted to host the 2024 Summer Olympics, with the winner to be officially named by the IOC on September 13 in the Peruvian capital Lima.

But the possibility that Los Angeles would abandon a 2024 bid and instead accept the 2028 Games has been growing since the IOC decided in July that it would attempt to award both Games at its Lima meeting.

The French capital insisted it only wanted to host the Games in 2024, on the 100th anniversary of the city’s 1924 Olympics, prompting Los Angeles to soften its stance and consider hosting the 2028 Games.

And confirmation of the decision everyone was expecting came on Monday night.

“I am proud to announce the Olympic Games are coming back to the United States of America,” Los Angeles mayor Eric Garcetti said at a ceremony at the StubHub Center stadium.

“In 2028, we are bringing the Games back to LA, one of the great capitals of the Olympic movement. A city that has always been a Games changer and will be again in 2028.”

LA officials, who had put forward a $5.3 billion (4.5 billion euros) bid for 2024, said an agreement had been reached with the IOC on financial considerations that would make waiting an extra four years feasible.

Bid chief Casey Wasserman said the IOC had waived various fees and payments that could ultimately save LA organisers millions.

The IOC will also advance $180 million to LA organisers to lessen the impact of the longer lead-up time, money that normally wouldn’t be disbursed until closer to the Games kickoff.

“The IOC contribution as stipulated by the HCC is $1.8 billion and has the potential to exceed $2 billion according to the evaluation of the LA bid committee when taking into account the estimated value of existing sponsor agreements to be renewed and potential new marketing deals,” the bid committee said in a statement.

Garcetti added: “This deal was too good to pass up.”

It will bring the Games back to Los Angeles for a third time, after the city hosted in 1932 and 1984.

The agreement must still be approved by the Los Angeles City Council and the United States Olympic Committee — both of which backed the 2024 bid.

But Bach said he expected any remaining hurdles to be cleared.

“We are very confident that we can reach a tripartite agreement under the leadership of the IOC with LA and Paris in August, creating a win-win-win situation for all three partners,” he said.

The USA last hosted the Summer Olympics in Atlanta in 1996 while the Winter Games were held in Salt Lake City in 2002.

Paris, which will also be hosting the Games for a third time, endured the disappointment of failed bids in 1992, 2008 and 2012. – Agence France-Presse