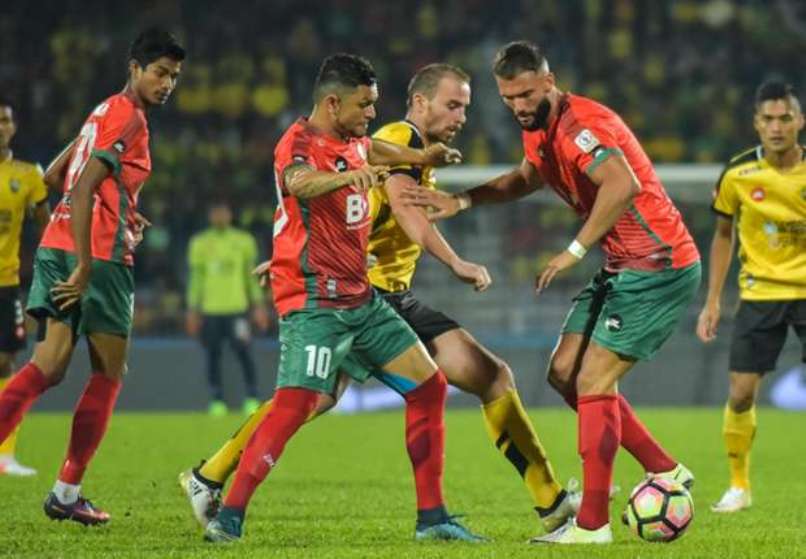 Perak coach Mehmet Durakovic believes that his team can only get better after they churned out two successive wins in the second half of the season.

The silver state retained their fourth position in the 12-team Super League with 21 points after beating Kedah 3-2 at the Darulaman Stadium in Alor Setar last week.

And the Seladang went on to win 2-0 against PKNS in their Group B Malaysia Cup campaign. Perak currently leads the table with three points followed by Felda United and Kuala Lumpur with a point each.

Mehmet also credited his new Brazilian signings of striker Gilmar da Silva – who scored on both occassions – and midfielder Leandro dos Santos for their performances so far.

“They totally fit in very well and I’m happy with their performances. Once I get to know the players, they will get better and better.

“I want everyone to play with style, system, determination and the philosophy of my team play. It’s getting there,” said a pleased Mehmet.

Mehmet, however, wants his players to keep their eyes on the ball when they face Premier League sides Kuala Lumpur next in their Malaysia Cup Group B fixture at the Selayang Municipal Council Stadium in Shah Alam – tomorrow/today (7 July).

“To play a game in three days is not easy, so I need my players to stay sharp and focused.

“We need to be 100% fit to come up with something good especially when we’re travelling a lot on the bus. We’ll do our best,” said Mehmet. – BY ALVIN OH