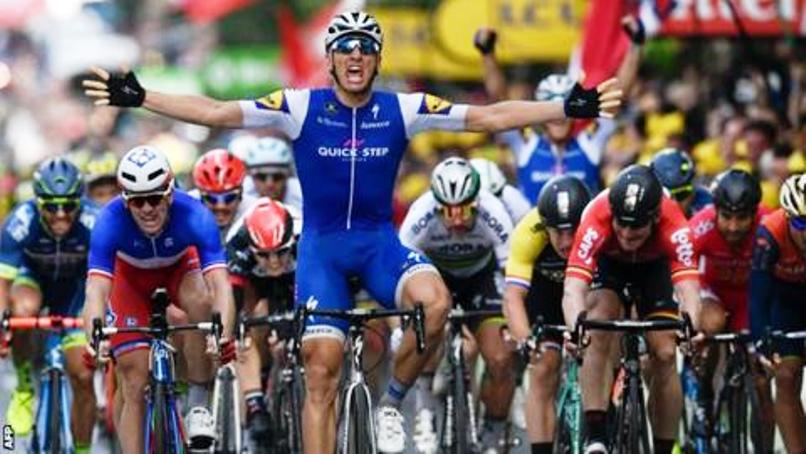 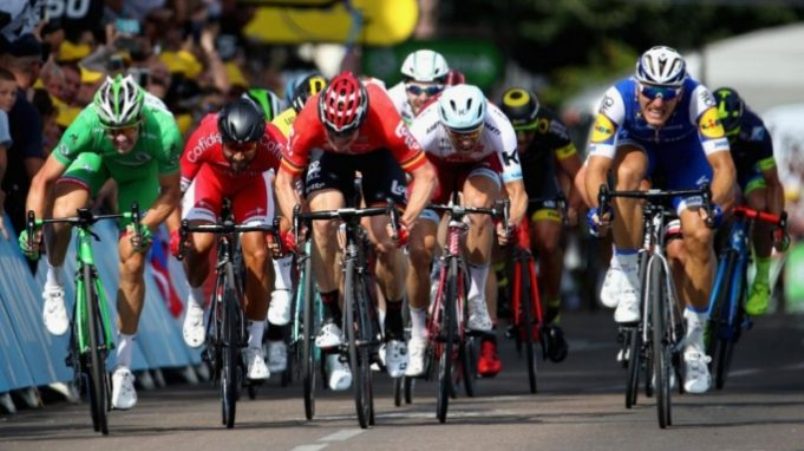 Marcel Kittel won his second stage of this year’s Tour de France on Thursday, sprinting to victory in the sixth stage before again breaking down in tears.

The burly German, who now has 11 Tour stage wins in total, had also won the second stage on Sunday, before the tears started to flow that time as well.

But unlike the previous two stages that ended in bunch sprints, this time there was no crash.

As the Court of Arbitration for Sport rejected an appeal by world champion Peter Sagan against his disqualification for elbowing Mark Cavendish into the metal safety railings, and out of the Tour, on Tuesday, this dash to the line thankfully passed off without incident.

And Kittel, as he had done on Sunday, proved too strong for his rivals, reaching a maximum speed of 71.17kph at one stage, according to official Tour data, as he surged from well down the field to breeze past all challengers and win.

“I took the right wheel and then attacked with 250 metres to go,” explained Kittel.

“I knew in finale if I had good legs, in the final kilometre I would be able to find a gap, and I found it with 250 metres left.”

His victory took him level on stage wins with compatriot Greipel and only one behind the German record of 12 taken by Erik Zabel, who won six consecutive green jerseys from 1996-2001 — itself a record.

After Wednesday’s fireworks on the climb to La Planche des Belles Filles, the overall race favourites had a quiet day in the saddle, with Geraint Thomas remaining second at 12sec from his British compatriot and Sky team leader Froome, with stage five winner Fabio Aru third at 14sec.

In fact the biggest drama they had was earlier in the day when a parasol blew across the road right in front of the peloton, causing several riders to take evasive action, although fortunately they were not going full throttle at that point.

Demare, winner of Tuesday’s fourth stage, may have been beaten into second but he had the consolation of taking enough points to hold onto the sprinters’ green points jersey, although Kittel closed his lead to 27 points. – Agence France-Presse