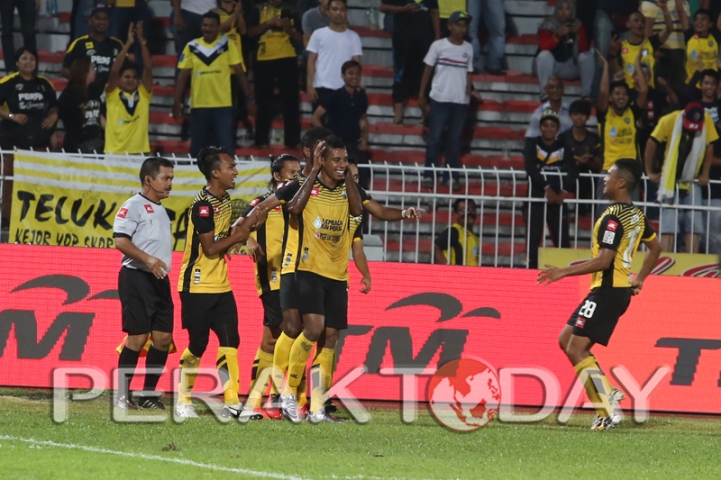 Perak pulled off a stunning 3-2 win over leaders Felda United at the Perak Stadium in Ipoh while T-Team continued with their winning ways – collecting full points against Penang at the City Stadium in the two Super League matches played on Sunday.

The win by Perak could not have come at a better time for Perak who will be at home to Premier League’s PKNS FC in the return-leg FA Cup semi-final with the score tied at 2-2 from the first-leg. Perak, however, have the away goals cushion from the first-leg.

Perak took the lead in the 11th minute but the experienced Felda side went into the halftime break with a 2-1 lead – thanks to a double striker by their Liberian international Francis Forkey Doe in the 24th and 32nd minutes.

However, the homesters turned on the heat in second half and Brazilian hitman Elias Fernandez De Oliveira swung the match into Perak’s favour in a four-minute spell when he found the Felda net in the 76th and 80th minutes.

Despite the defeat The Fighters still lead the 12-team Super League with 21 points – the same as second-place Johor Darul Takzim (JDT) but separated by goal difference – after nine matches.

For Perak it is only their second win in the league but the young Perak team has proved to be a gritty and tough nut to beat – both at home and away. They moved up to eighth place  with 10 points.

T-Team (Terengganu FC II) showed that their 4-1 win over Kedah in a mid-week match in Kuala Terengganu last week was no flash in the pan as the Terengganu outfit registered their fourth win.

The Titans dislodged Selangor from the third place on goal difference with both teams on 15 points.

T-Team led 2-0 at halftime with Asrol Ibrahim getting the first goal after 32 minutes before Brazilian Patrick Dos Santos Cruz completed his brace got his brace in the 41st and 87th minutes.

The Panthers did level the score by the 75th minute with Reneildo Lobo (67th) and Osas Ikpefua getting into the score-sheet but Santos Cruz broke the hearts of the home supporters with the winner late in the match.

Penang are second from the bottom with only six points – ahead of Sarawak on goal difference. 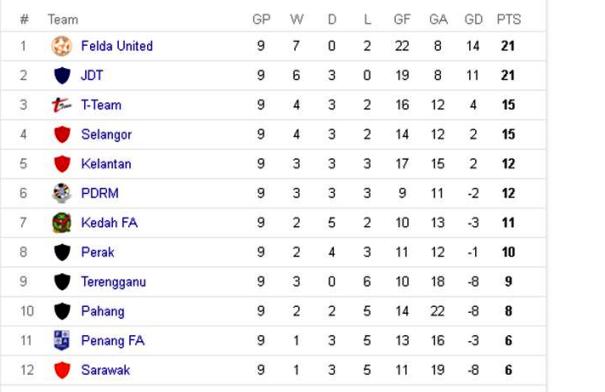