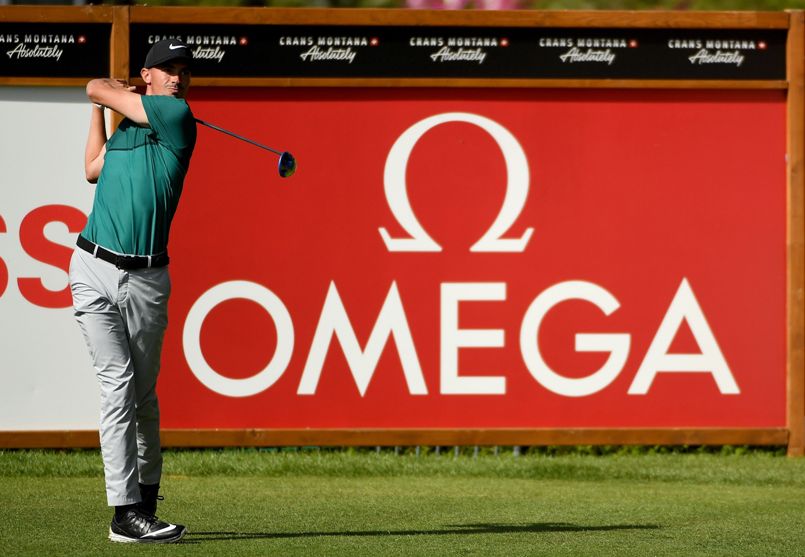 Paul Peterson credited his experience at the Omega European Masters last year for giving him a share of the opening round lead with three other players on Thursday.

The American lefty missed the cut last year but showed no signs of repeating his mistakes as he fired a six-under-par 64 to tie with Daniel Brooks of England and Frenchmen Michael Lorenzo-Vera and Gregory Havret at the €2.7 million (approximately US$3 million) event sanctioned by the Asian Tour and European Tour.

Title holder and Masters Tournament champion Danny Willett of England is a further shot back after firing an impressive eagle on the final hole to share second place with China’s Li Hao-tong, Australians Marcus Fraser and Scott Hend at the Crans-sur-Sierre Golf Club.

Peterson, an Asian Tour member since 2014, continued his fine form at the Omega European Masters after winning his career’s first title at the Czech Masters on the European Tour a fortnight ago.

He marked his card with seven birdies including one on the final hole to give himself a chance to secure a second victory in three weeks.

“It was a much better start than last year. I felt really good to get off to a good start. I was reading the greens well and putting the ball in play. I’m continuing my strong wedge game so I’m really happy,” said Peterson.

“It is really fun to come and play on this course again. Last year was my first time but it shows how far I’ve come in a year. Some things might have worried me in the past. Now I’m able to see where I want to hit it and do it pretty well,” he added.

Playing from the 10th tee, Willett launched his title defence with a stunning round which included an eagle-three on the ninth hole to recover from a slow start.

“It was an early start and I had a terrible warm-up this morning. I got the ball into play on the first few holes and felt a little bit better. After six holes I made a few good golf shots. This course suits my eye for some reason, it always has. I rolled the ball good and didn’t quite expect a 65 this morning,” said the Englishman.

China’s Li, who won the China Open on the European Tour in May, recovered from two early bogeys to trail the leaders by one-shot as he emerged as the best placed Asian after day one.

“It was a tough start for me but I played quite well after that. I had a lot of birdie chances and sank a lot of putts. I’m more consistent as compared to the last few weeks. I’m working with a new coach and it seems to be paying off,” said Li.

Hend, a nine-time Asian Tour winner and currently ranked third on the Order of Merit, was delighted to return with a battling 65 in tricky and challenging conditions.

“Nothing on this course suits my game,” he said. “This is a very precision type golf course as you can tell from all the past winners. It is not a golf course which you can bludgeoned to death. A lot of patience is needed here.”

“We teed off at 8am and for the first nine holes the ball doesn’t go as far but as it warms up you pick up another three or five yards on your irons. It can be quite tricky for the guys who are playing here for the first time,” said Hend.