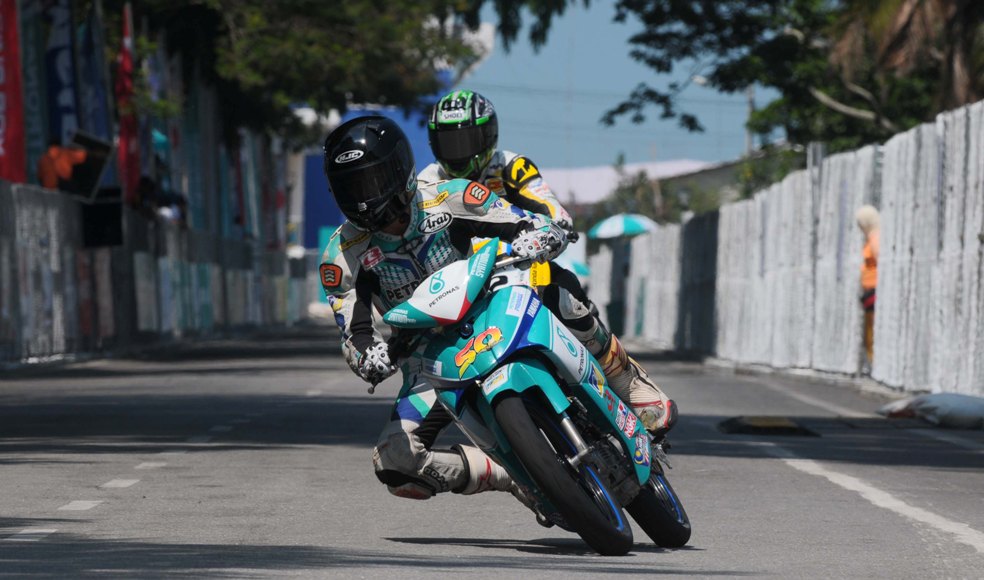 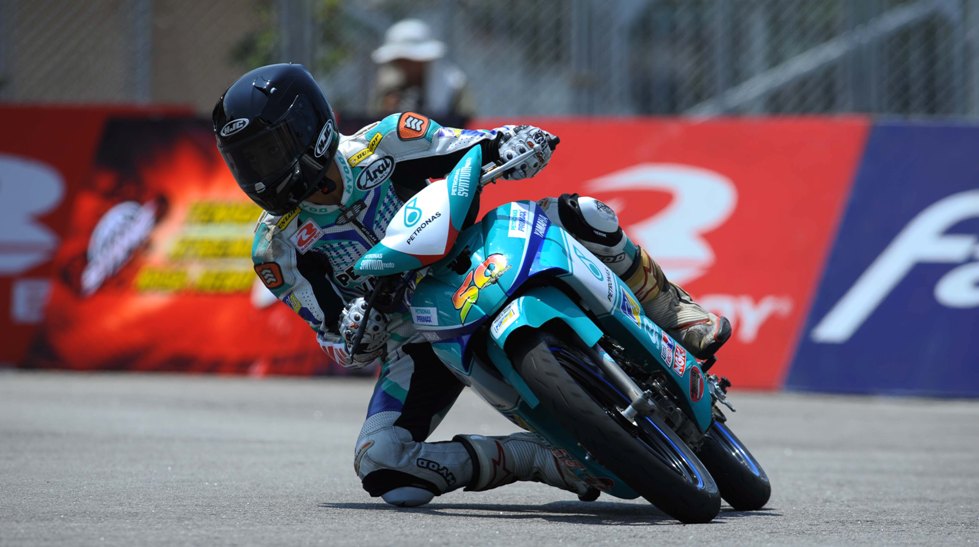 Following a stunning race in the previous leg, PETRONAS Yamaha CKJ relishes the prospect of racing in front of their home crowd as the team heads into the third round of the PETRONAS AAM Malaysian Cub Prix Championship at Stadium Sultan Mizan Gong Badak, Terengganu this 9 and 10 May.

The factory backed outfit is currently in a strong position, with Ahmad Afif Amran and Mohd Affendi Rosli leading the CP130 title race having took a victory and a third place finish respectively in Muar two weeks ago. And with just four points between them, both riders are confident they can put their bikes at the sharp end of the field again this weekend.

“It feels great to return to my hometown and race in front of family and friends. This is the birth place of CKJ Racing – not to mention half the staff working for the team is also from Terengganu,” said Afif who leads the championship standings with 33 points.

“That said, this race is very important for the team and there is a lot of pressure but we are determined to send our supporters home with results they can be proud of,” he added.

The CP115 champion however said he won’t let his recent success get to his head although he insisted the team has the right package to challenge usual suspects.

“Muar was a really motivational race for the team and it feels like we have bikes that are on par with the Hondas. But it would be foolish of me to get carried away by one lucky outing as this is my rookie year. At the moment my priority is to develop my riding skills to better suit the 130cc bike and try to finish among top three. If somehow I win again, that would be a bonus for the team,” he said.