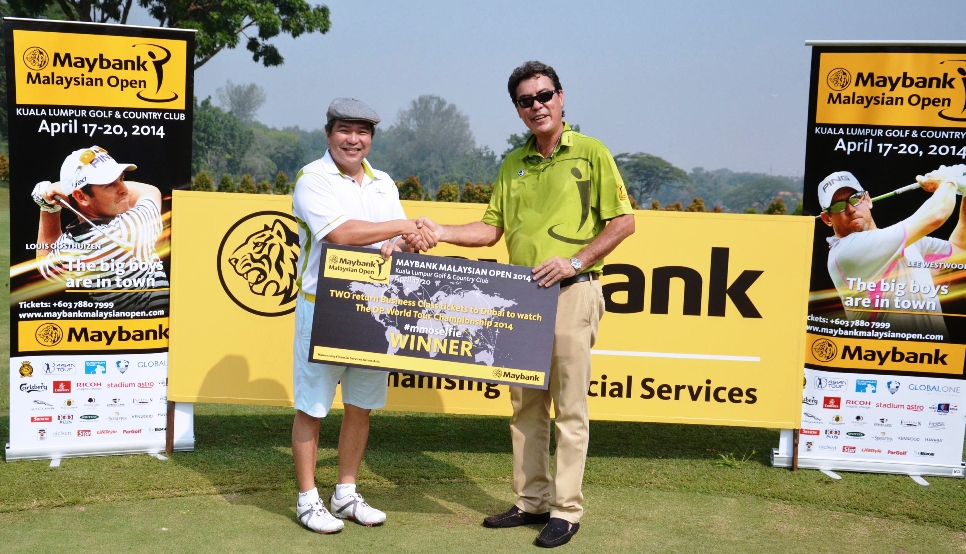 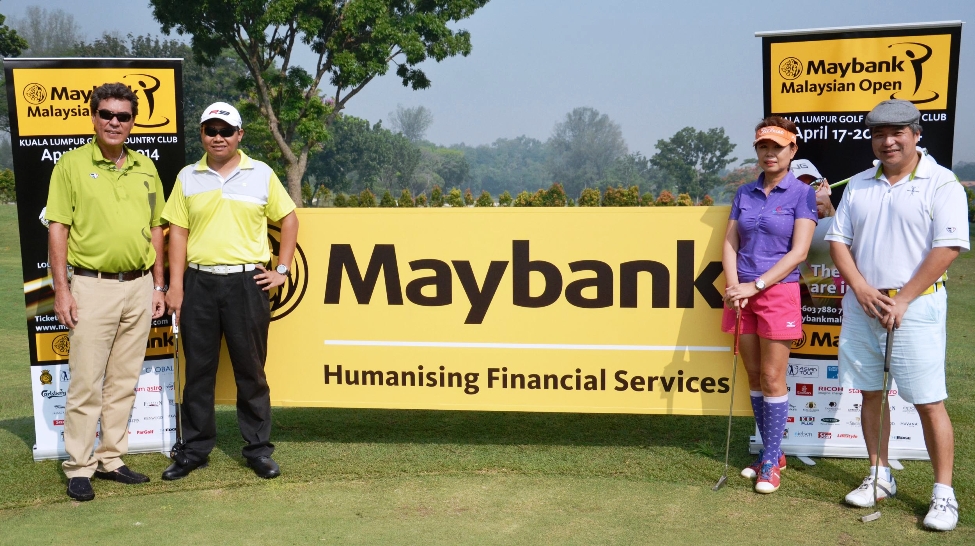 Liew Yeng Hoe prevailed in a thrilling putting playoff to be declared the winner of the Maybank Malaysian Open “Selfie” Contest which earned him TWO return business class tickets and TWO hospitality passes to the DP World Tour Championship in Dubai this year.

Liew from Subang Jaya who was among hundreds of participants of this unique MMO Selfie contest. Of the many entries, only six participants had correctly predicted Englishman Lee Westwood would claim the Maybank Malaysian Open title with a winning score of 18-under at the Kuala Lumpur Golf and Country Club.

And to decide the winner, a putting playoff challenge was held on May 3, 2014 at the Saujana Golf and Country Club where Liew Yeng Hoe eventually emerged the winner. The playoff was contested by three of the six participants with correct entries, the other two whom contested against Liew were Michelle Foong and Ahmad Zulhairi Zainal but both didn’t walk home empty handed as they received consolation prizes for their correct entries.

“It was really nerve-wracking out there, I can almost imagine what the professional players go through when they are competing in a playoff.  I’m pleased to have made it through and I would like to thank the sponsors and promoters for organizing such an event for the fans,” said Liew. “I can’t wait to travel in style to Dubai and watch some world class players in action.”

“Over the years, the fans have been very supportive of the Maybank Malaysian Open. This year too, they turnout in force to cheer on the players. This contest was an opportunity to engage the fans and in the process provide them the chance to win some fantastic prizes,” commented Mr John Eu, CEO of GlobalOne at the prize presentation ceremony.

“We want to thank the fans who participated and to the winner of the contest, I hope he will have an enjoyable and memorable time in Dubai, . Our thanks also go to European Tour for their support in the hospitality passes. ” John added.

This year’s Maybank Malaysian Open saw Westwood, a former world No.1, leading the tournament from the start to the end and secure his first title in two years. It was the second time Westwood won in Malaysia since his victory in 1997.

Apart from Westwood, the other star players in this year’s competition were South Africa’s Louis Oosthuizen, who finished tied second this year, Italian Matteo Manassero and Thailand’s Thongchai Jaidee.