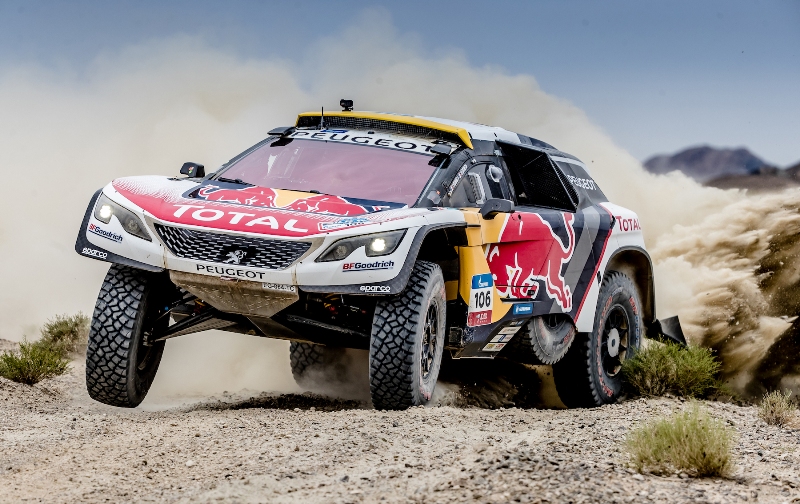 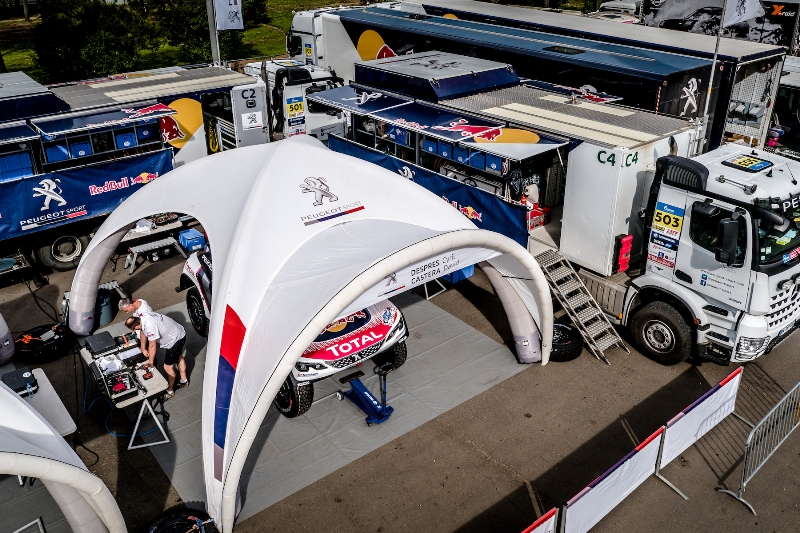 After stage 11 of the Silk Way Rally, Cyril Despres has gained few more minutes on his overall lead of the Silk Way Rally while his team mate Stephane Peterhansel won the stage. Despres was second, making it another one-two finish for the Peugeot DKR and the ninth stage victory from 11 days of competition.

Both the Peugeots ran reliably today again, at speeds of up to 190kph, in a varied mixture of race conditions including dusty tracks and wide canyons. After already completing 7442 kilometres with no mechanical issues, Peugeot Sport’s engineers are gathering vital information to be used on next year’s Dakar.

The Silk Way Rally is now approaching its closing stages with only three days of action left to go. However, the stages coming up are among the most complex and challenging of the entire rally.

DATAS OF THE STAGE

“Today’s stage was fine but really one of two halves for us: at the beginning we had some dust and then we were able to pass some cars and run in clean air for the second part of the stage, which was obviously much easier. The final 50 kilometres were really fun: wide gravel tracks with a little bank on either side so you could really slide the car and enjoy yourself. Tomorrow works out quite well for us strategically. With Cyril starting only two minutes behind us, we won’t have to wait long for him to catch up and then we can drive together, which is always better in this situation, where he is leading.”

“I took it fairly carefully today. As it has been the case for a couple of days now, we had a few corners in succession and a few junctions but there was nothing too tricky or rough or dangerous. So, it was a good stage that we were able to cover quite quickly, with no navigation errors. I feel reasonably relaxed and everything is going well up to now. I’m really enjoying the driving with the Peugeot DKR, we’re able to attack and the notes are coming naturally. We just have to carry on like this.”

In order to help tackle the sand dunes, the crew can control tyre pressures from the cockpit of the Peugeot DKR. By lowering the pressures, the tyre presents more surface area to the ground and increases traction: particularly useful on obstacles such as sand dunes. Then, when running normally, the tyre can be re-inflated from the cockpit to standard pressures.

Tomorrow’s stage, which is 254 kilometres in length, is far from the longest but almost certainly one of the hardest of the entire rally. There are complex sand dunes at both the beginning and the end of the stage, where it’s easy to get stuck. Linking the two sandy sections is a fast gravel road. These classic rally raid conditions call for extreme skill from both driver and co-driver. Starting the day in Jiayuguan, the crews will end up in Alashan Youqi.