Home 2021 Porte and Padun, over the Moon 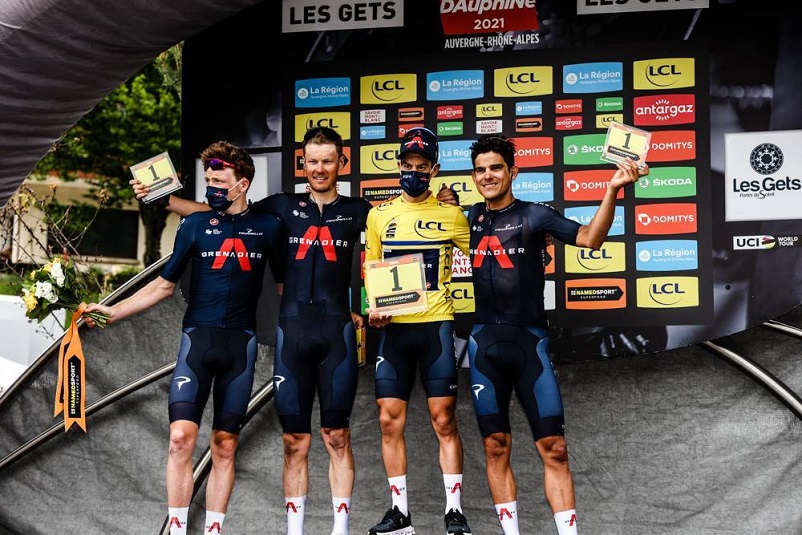 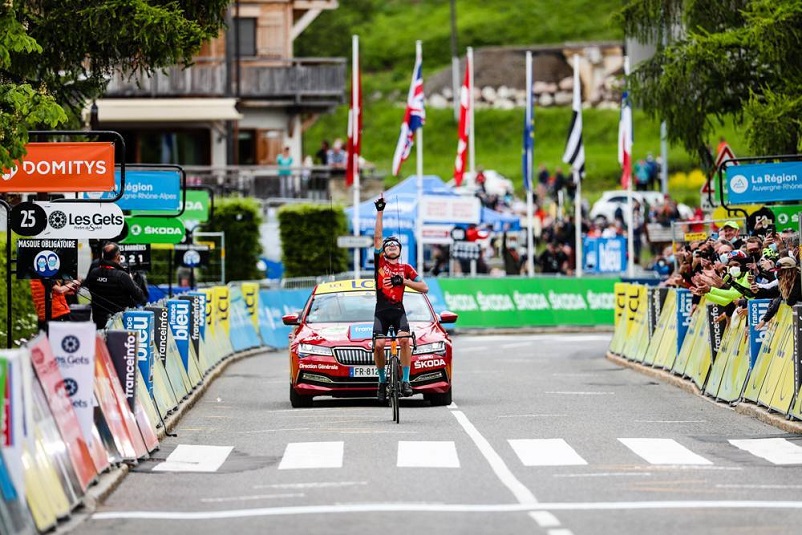 Richie Porte (Ineos Grenadiers) held on to his yellow and blue jersey after a final stage dominated by Mark Padun (Bahrain Victorious), who claimed in Les Gets his second victory in a row.

“I’ve been 2nd twice on GC, I also lost the 2nd place in the final km another year, so to finally win it, I’m over the Moon. All the sacrifices with my wife and my two kids, it’s worth it. And with Ineos Grenadiers, this team was unbelievable today. I know the descent from Joux Plane, I’ve done it many many times. I decided to do my own pace. I saw G [Thomas] crash. Obviously it was not ideal but he came back, with some road rash, but hell be tip top for the Tour. I’m under no illusion as to what my job is in the Tour. To win this race means so so much to me. I’ve always enjoyed it and to win at 36 yo means so so much,” said Porte.

Padun, the Ukrainian climber, impressed again on the Col de Joux-Plane, 24 hours after dominating the climb to La Plagne.

This time, he spent the whole day in the breakaway, also claiming the polka-dot jersey, and dropped all his companions with 27.5km to go. In the GC battle, Miguel Angel Lopez (Movistar) and Jack Haig (Bahrain Victorious) attacked Richie Porte on the final climb of the day but they couldn’t shake up the collective strength from Ineos Grenadiers.

The downhill was much more complicated for the British squad, with Alexey Lutsenko and Ion Izagirre (Astana-Premier Tech) accelerating and Geraint Thomas hitting the deck. But Porte managed to keep things under control to become the second Australian winner of the Dauphiné, after Phil Anderson did so in 1985. Porte was born that same year… He is now the oldest winner in the history of the race. 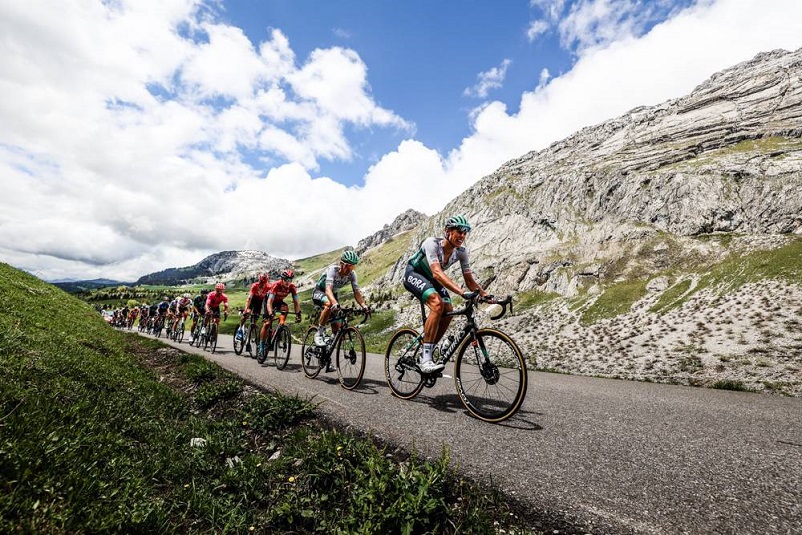 Padun on the hunt for the polka dots

Many chasers set off in pursuit but only Michael Valgren (EF Nippo), Martijn Tusveld (Team DSM) and Jan Bakelants (Intermarché-Wanty-Gobert) manage to do so on the first slopes up the Col des Aravis, after 47km of battle. Meanwhile, the gap to the bunch had increased to 5 minutes, Mark Padun had taken 5 KOM points atop the Côte d’Héry-sur-Ugine and Michael Schwarzmann had already been dropped from the leading group, after working hard to put Patrick Konrad in the best position possible. The Austrian is the main GC threat at the front: 20th at the start, with a gap of 2’51’’.

Israel Start-Up Nation react and bring the gap down to 4’05’’ at the Col des Aravis (km 52). They keep pressing on the downhill and on the first slopes leading to the Col de la Colombière. The gap is down to 2’30’’ when Richie Porte’s Ineos Grenadiers take over at the front of the bunch. Mark Padun goes first at the summit again, taking 10 more points to lead the virtual KOM standings.

Padun sets off for the stage

Padun immediately drops his breakaway companions. Ben Hermans (Israel Start-Up Nation) and Nairo Quintana (Arkéa Samsic) are the first attackers in the bunch, with 10km to go to the summit. Steven Kruijswijk (Jumbo-Visma) counter-attacks and quickly drops them. 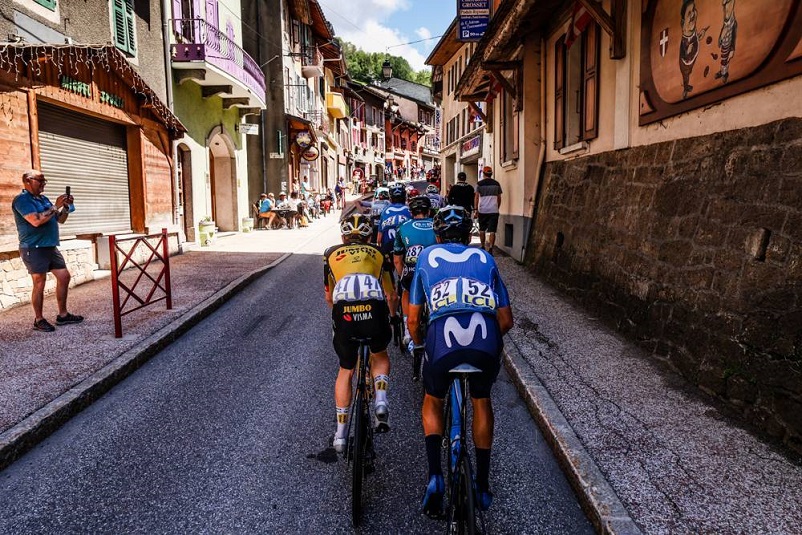 The Ukrainian climber impresses, opening major gaps to his former breakaway companions on the climb. Movistar up the ante in the bunch. Kruijswijk is caught and Miguel Angel Lopez attacks inside the last 2km of ascent.

Tao Geoghegan Hart controls for Richie Porte. Jack Haig (Bahrain Victorious) counter-attacks just before the summit. Padun goes over the top with a lead of 1’40’’ on Vingegaard and Konrad. Then, Haig follows at 2’50’’ and Geraint Thomas (Ineos Grenadiers) leads the GC group 10’’ behind.

Astana-Premier Tech increase the pressure on the downhill with Alexey Lutsenko and Ion Izagirre. Geraint Thomas follows but he crashes. Richie Porte still manages to bridge the gap with O’Connor, Kelderman, Lopez and Gaudu.

Mark Padun avoids any trouble to take the win in Les Gets. So does Porte, who enjoys the support of Thomas again in the last 4km to control several unsuccessful attempts from his rivals. Ben O’Connor finishes just ahead of his rivals but his Australian compatriot is the winner of the 73rd Critérium du Dauphiné, ahead of Lutsenko and Thomas.