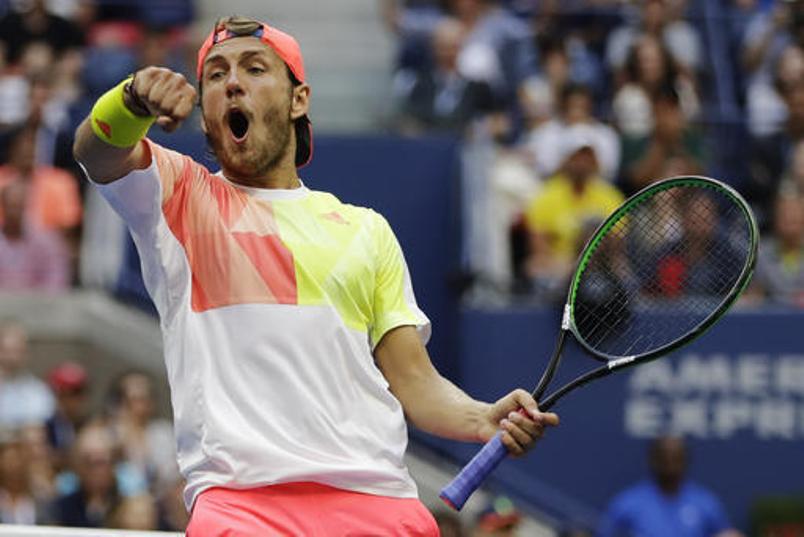 Lucas Pouille outlasted 14-time Grand Slam champion Rafael Nadal in a five-set classic on Sunday to lead a trio of French men into the quarter-finals of the US Open.

The defeat leaves Nadal — forced out of the French Open third round with a wrist injury that also saw him miss Wimbledon — without at least one Grand Slam quarter-final appearance for the first time since he was a teenaged tour newcomer in 2004.

Pouille came out firing, pushing Nadal back with an array of deep groundstrokes and angled shots.

Fifty-two winners from Nadal — whose attacking response saw him come out a winner on 35 of 48 forays to the net — weren’t enough.

The taut battle came down to the fifth-set tiebreaker and Nadal, trailing 3-6, showed his mettle by saving three match points — the third on Pouille’s serve.

Then he smacked a forehand into the net to give Pouille one more chance and the French player pounced on it with a blazing forehand that kissed the sideline.

“I wanted to take my chance to be very aggressive, try to play with my forehand, and so that’s what I did at the (last) match point,” Pouille said.

Nadal acknowledged that his sloppy forehand was “a big mistake”.

“But you are six-all in the tiebreak. I played the right point. I put myself in a position to have the winner and I had the mistake. That’s it. You cannot go crazy thinking about these kind of things.

“The problem is arriving at six-all in the fifth, I should be winning before,” said Nadal, who opened the fifth set with a break but couldn’t hold onto it, dropping his own serve in the eighth to make it 4-4 and set the stage for the tiebreaker.

“I fought until the end,” Nadal said. “There’s things I could do better, but I had the right attitude. I needed something more — it was not there today.”

The four-hour, seven-minute contest entranced the crowd in Arthur Ashe stadium, where Pouille recalled admiring Nadal as a youngster.

Pouille, who has now won three successive five-setters to reach the last eight, wasn’t intimidated by the massive Ashe stage, even though he only practiced on it last year.

“I think it was the best atmosphere I played on a center court,” he said of the 22,000-seat cathedral of tennis.

“At the end it was full. Sometimes I couldn’t even hear myself when I was saying ‘Allez, allez, allez.'”

It’s the first time since 1947 that three French men have reached the quarter-finals of one Grand Slam.

The 23-year-old Sock, seeded 26th, hadn’t faced a break point in surprising 2014 champion Marin Cilic in the third round.

Against Tsonga he mustered only five aces and was broken six times by the 2008 Australian Open runner-up, who has reached at least the semi-finals of every Grand Slam except this one.

Tsonga next faces world number one and defending champion Novak Djokovic, who powered past 84th-ranked Kyle Edmund of Britain 6-2, 6-1, 6-4.

Edmund looked thoroughly out-classed until he managed to put together a run of three straight games in the third set that included two breaks of Djokovic’s serve.

But the Serb star, who received on-court treatment on his right arm — just as he did in the first round against Jerzy Janowicz — regrouped quickly and closed out the match by breaking Edmund at love.

“Feels great to play a full match after a  weird couple of days when I didn’t have too much tennis,” said Djokovic, who was handed a walkover into the third round by injured Czech Jiri Vesely and played just six games before third round opponent Mikhail Youzhny retired hurt.

The remaining round of 16 matches were scheduled for Monday, when world number two Andy Murray will take on Bulgarian Grigor Dimitrov.