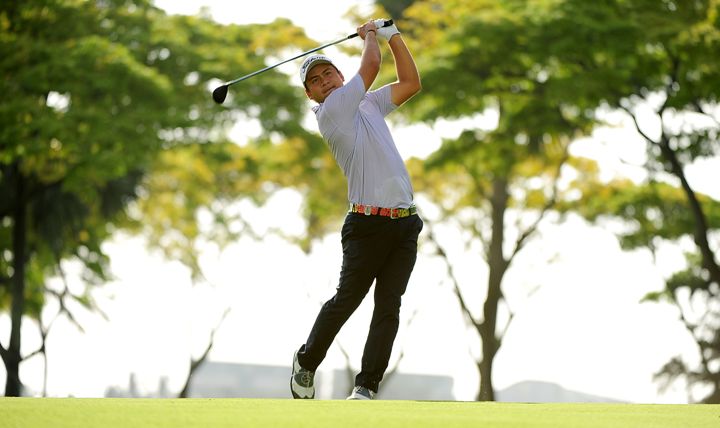 Asian Development Tour (ADT) hopefuls will enjoy another opportunity to showcase their talents when they tee off at the ICTSI Sherwood Hills Classic, which gets underway at the Sherwood Hills Golf Club on Wednesday.

A host of ADT winners, including John Michael O’Toole of the United States, Japan’s Shunya Takeyasu, Janne Kaske of Finland, Thailand’s Chanat Sakulpolphaisan and James Byrne of Scotland will headline the US$60,000 event from April 20 to 23.

Asian Tour stalwart Antonio Lascuna, a one-time winner on the region’s burgeoning Tour, will spearhead the local charge alongside Elmer Salvador, brothers Rufino and Jay Bayron, who was crowned the ADT Order of Merit champion in 2012.

O’Toole, who set a new course record with a third round 10-under-par 61 at the ICTSI Manila Southwoods Championship last week, was delighted to round off a good week with a tied-fourth finish.

“I had a great week despite missing out on my second win. I guess I just didn’t play good enough from start to finish to get it done but I am really excited for the week ahead. Hopefully I can do better this week,” said the 22-year-old American, playing in his first year on the ADT.

“I got the season off to a good start. The aim is to keep improving every week and try to be in contention during the weekend for every tournament! Having a win and being in that position a few times have given me the confidence that I can do it,” added O’Toole.

Koh, who enjoyed a tied-second place finish last week, hopes to extend his good form as he continues his chase for a breakthrough ADT victory.

“I played well last week. It was definitely a confidence booster for me. This is a brand new week. I just want to keep doing what I have been doing and hopefully, I can stay true to my form,” said the 27-year-old Singaporean, placed 17th on the current Merit rankings.

The winner of the ICTSI Sherwood Hills Classic, which is the 11th leg of the 2016 ADT schedule and also the Tour’s second stop in the Philippines this season, will take home a prize purse of US$10,500 and receive six Official World Golf Ranking (OWGR) points.

Like all other ADT events, the ICTSI Sherwood Hills Classic will offer OWGR points, which will be key for players vying to qualify for the Olympic Games in Rio de Janeiro this August.