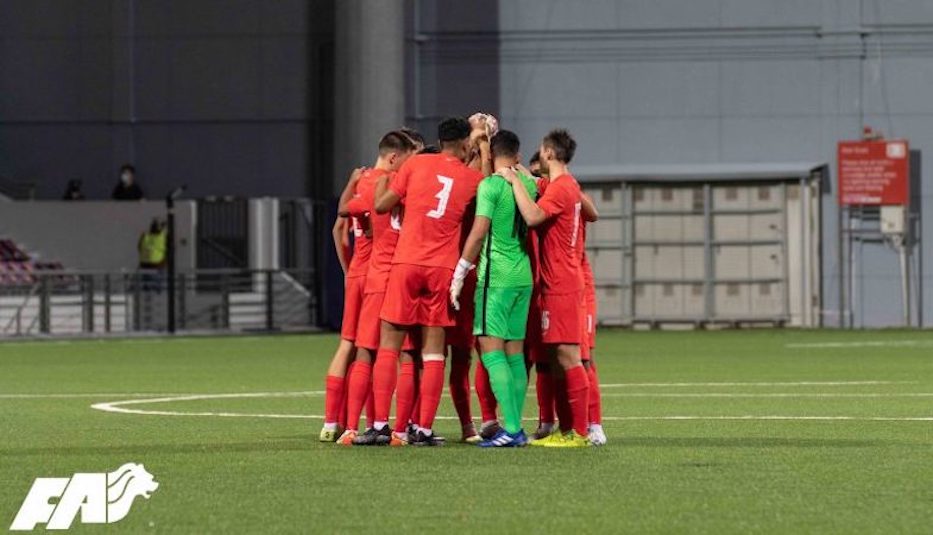 A provisional squad of 29 players was named for Singapore’s Under-23 team for the upcoming ASEAN Football Federation (AFF) U23 Championship 2022 campaign.

Singapore are set to begin their Group C campaign against Thailand on 16 February 2022 before playing Vietnam three days later.

Both matches will be held at Prince Stadium in Cambodia and kick off at 8pm SGT.

The players will undergo centralised training on 1 February before a final squad of 23 players will be named before the team’s departure on 12 February.

Singapore U23 Head Coach Nazri Nasir said: “The centralised training will offer the boys a good opportunity to gel, understand the nuances of our philosophy for the upcoming tournaments, and execute the game plan on the pitch.

“My coaching staff and I will also be looking out for players who possess not just sound technical ability but are also able to adapt to the system we will utilise, display an exemplary attitude, and most importantly demonstrate the desire and hunger to don the national jersey.

“The bulk of the squad participated in last year’s Asian Football Confederation U23 Asian Cup qualifiers and I believe the experience of going up against regional opponents have made the players more mature and they now know what is required at the international level.”

The third edition of the tournament will run from 14 to 26 February 2022. It will be Singapore’s second time participating in the tournament after deciding to pull out of the 2019 edition to focus on preparations for the Asian Football Confederation U23 Championship Qualifiers then.

Singapore finished as runners-up in the inaugural edition in 2005. – www.fas.org.sg