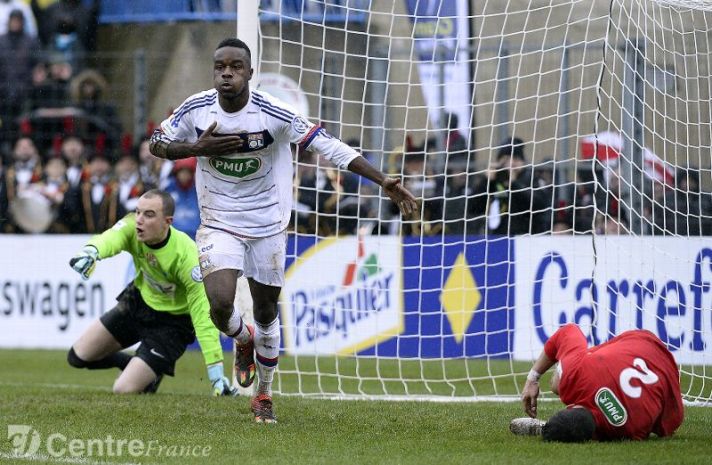 Holders Paris Saint-Germain laboured to a 1-0 win at fourth-tier Wasquehal on Sunday to reach the last 32 of the French Cup, while Lyon and Monaco recorded thumping victories over amateur sides.

“Getting back into competition is always the hardest part, even more so with the tricky weather conditions,” said Blanc after PSG’s first competitive game following France’s short winter break, during which they travelled to Qatar for a training camp.

“We would have liked to have played better to wrap things up earlier and make things easier but we weren’t capable of doing that this afternoon.

“The most important thing is to move on and we’ve done that.”

Monaco hit double digits with a crushing 10-2 defeat of seventh-tier Saint-Jean-Beaulieu in a local derby as Lacina Traore scored four first-half goals before he was sent off for a half-time altercation.

In an all top-flight tie, Marseille won 3-1 on penalties away to Caen after a tie that remained goalless through 90 minutes and extra time in Normandy.

Marseille, who have won the competition a record 10 times but not since 1989, survived having Dutch defender Karim Rekik sent off in the second half to progress as goalkeeper Steve Mandanda saved three kicks in the shoot-out.

Saint-Etienne were given a scare by Raon-l’Etape as the Ligue 1 side were taken to penalties following a 1-1 draw, eventually prevailing 4-3 in a shootout against their fifth-tier opponents.

Bordeaux came from behind to beat third-tier Frejus Saint-Raphael 3-2 with Diego Rolan grabbing a stunning 90th-minute winner for the visitors after Cheick Diabate had twice levelled for Willy Sagnol’s side.

Montpellier, who saw Pascal Baills and Bruno Martini take joint control of the first team after the resignation of Rolland Courbis last month, edged past fifth-division Epernay 1-0 courtesy of a second-half goal from Mustapha Yatabare.

Benjamin Jeannot scored an extra-time winner for Lorient as they overcame Ligue 2 outfit Tours 3-2, while Lille scraped past Amiens AC 1-0 with Guingamp comfortable 4-0 winners at Chantilly.

The draw for the next round will take place on Monday evening before the final last-64 tie, an all Ligue 1 affair between Nice and Rennes on the Cote d’Azur. – Agence France-Presse