Home International Williams out of Hopman opener with swollen knee 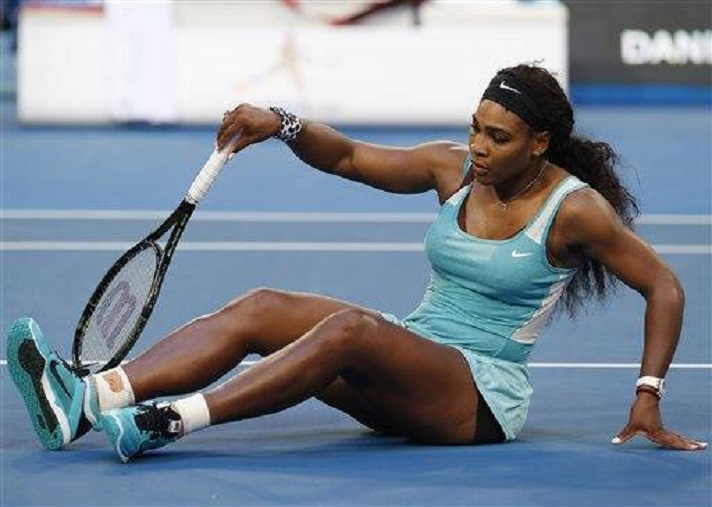 World number one Serena Williams suffered an early season injury setback on Monday as she withdrew from her opening Hopman Cup tie with inflammation in her knee.

Williams, 34, was scheduled to play Ukraine’s Elina Svitolina in the women’s singles on Monday morning in Perth, Australia, but she pulled out just minutes before the start.

The match at the mixed-teams tournament was to launch Williams’ preparation for her title defence at the Australian Open in Melbourne later this month.

Williams, who has won 21 Grand Slam singles titles, sat out the tail-end of last season saying she needed “time to heal” after narrowly missing out on a rare calendar-year Grand Slam.

But she said the knee problem was only minor and hoped to be fit to play in the United States’ second tie against Australia Gold, one of two teams representing the hosts, on Tuesday evening.

“I’m disappointed to not take the court in Perth today,” Williams said. “I had every intention to play this morning.

“Unfortunately due to inflammation in my knee I need to rest and am confident to be out there against Aussie Gold tomorrow evening.”

Williams won her sixth Australian Open last January and was on target for the coveted calendar-year Grand Slam until she suffered a shock loss to Roberta Vinci in the semi-finals at the US Open in September.

She was replaced on Monday by fellow American Vicky Duval, 20, who returned to tennis in August after overcoming Hodgkin’s lymphoma and has a career high ranking of 87. – Agence France-Presse