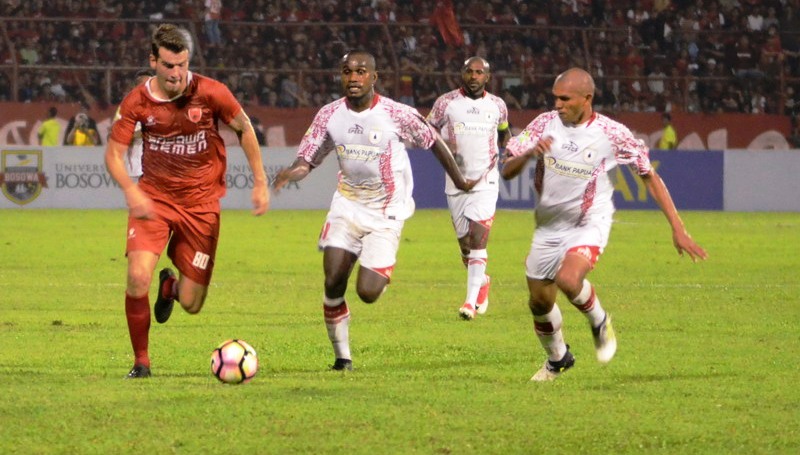 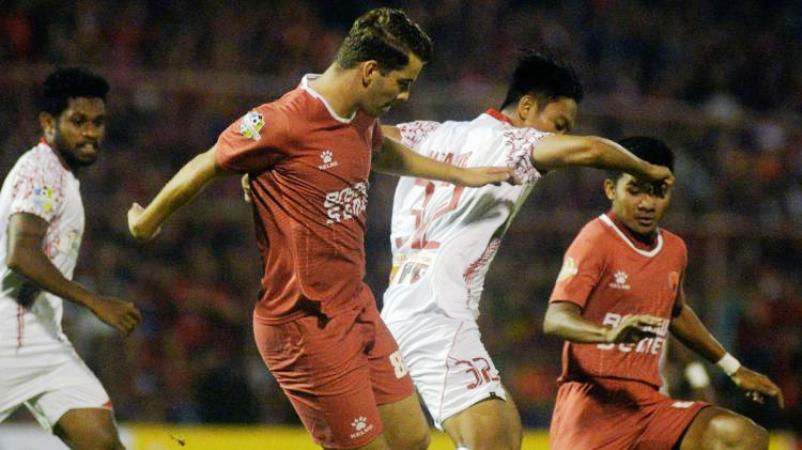 PSM Makassar opened up a four point lead at the top of the Indonesian Liga 1 where this week they blasted former champions Persipura Jayapura 5-1 at Andi Mattalatta Stadium.

A red card on Marinus Wanewar just two minutes into the game for an offence on PSM defender Reva Adi Utama, gave the advantage to the home team.

And just five minutes later, PSM went ahead where off a cross from Titus Bonai, the waiting Reinaldo Elias made a fine finish to push the crowd into celebration.

Marc Klok then fired in the second goal in the 32nd minute to put PSM Makassar 2-0 up at the half.

Reinaldo then completed the rout with the fifth goal of the game in the 64th minute as Persipura then pulled a goal back off Addison Alves just six minutes later.

The win allowed PSM Makassar to maintain their position at the top of Liga with 20 points from nine matches played as Persela Lamongan are on second with 16 points from ten games, where this week, they beat Persegres GU 2-0 on the road.

Two goals from Ivan Carlos in the 19th and 45th minute were enough for Persela to pick up their fifth full points of the season.

Persija Jakarta were 2-0 winners over Arema while Mitra Kukar held on to beat PS TNI 5-3.