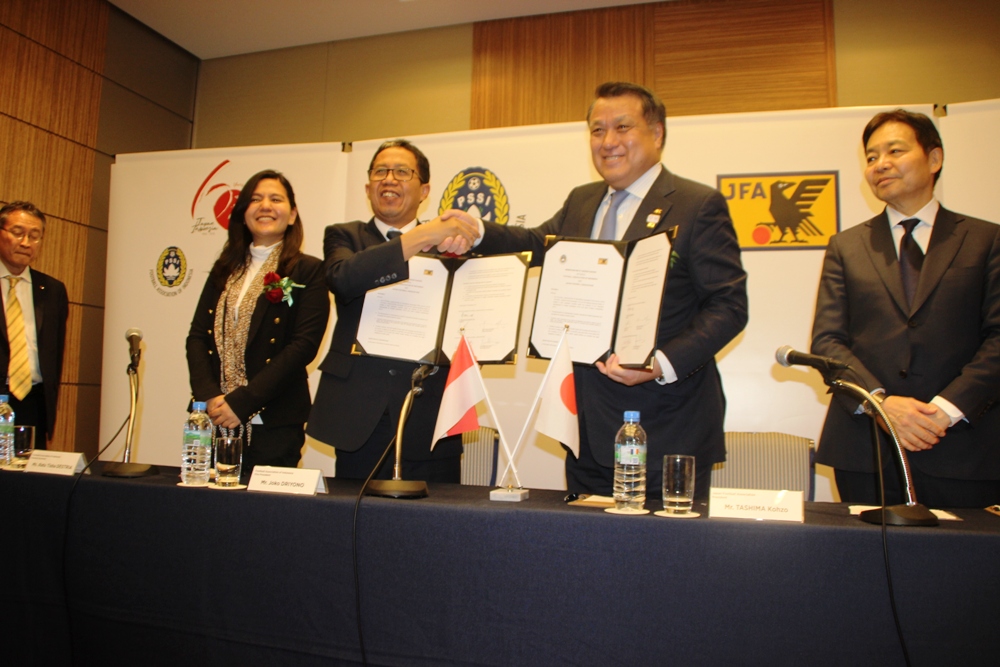 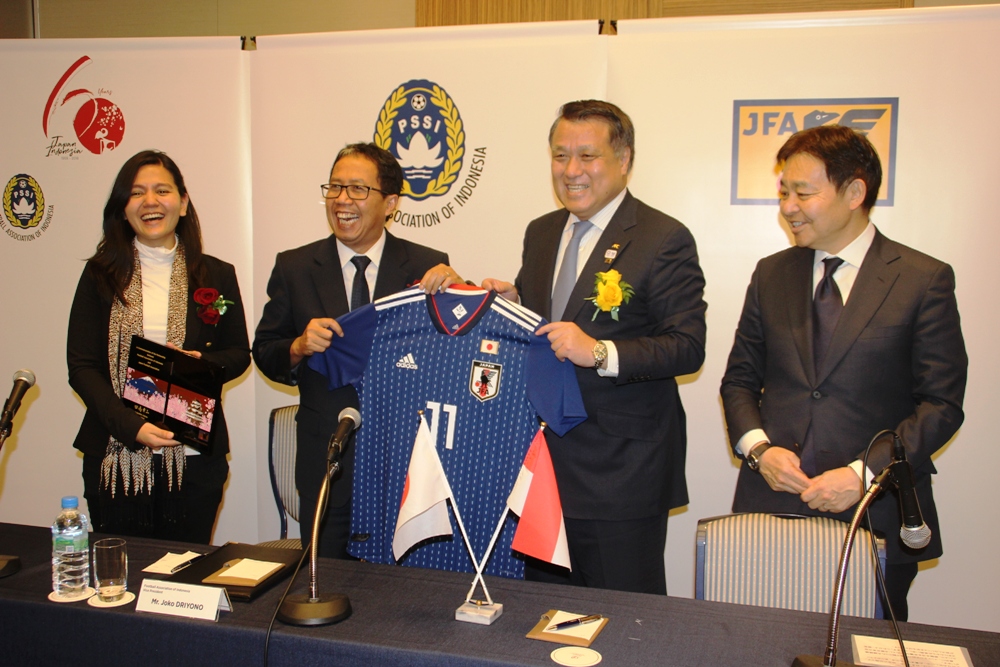 The FA of Indonesia (PSSI) have signed a Memorandum of Understanding (MOU) with the Japan FA (JFA) with the drive towards having professional referees in the near future.

With the Indonesia’s Liga 1 being one of the best supported leagues in the region, the ideals was to push towards having professional referees so that the game could go to the next level.

And with the signing of the MOU this afternoon at the Prince Park Hotel here in Tokyo, it will kick-start Professional Referees in Indonesia.

Plans are already well on the way with a Referee Assessors’ Course to be conducted on 12-15 Jan 2018 in Indonesia with Instructor from the Japan FA – Toru Kamikawa.

Another Instructor would be former PGMOL (Professional Game Match Officials Limited) Raymond Olivier, who is currently with JFA.

This will be followed by a Referees Course on 16-18 January 2018 with Japanese instructor Yoshimi Ogawa.

There is also a plan to appoint a Referee Director, an internationally experienced Japanese ex-referee to be based in Indonesia.

This MoU between PSSI and JFA was collaborated between both parties by newly appointed PSSI Consultant, Jeysing Muthiah.