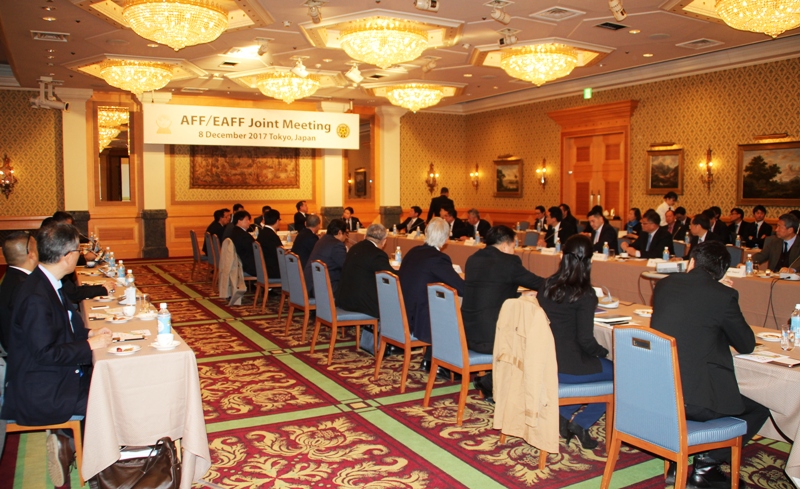 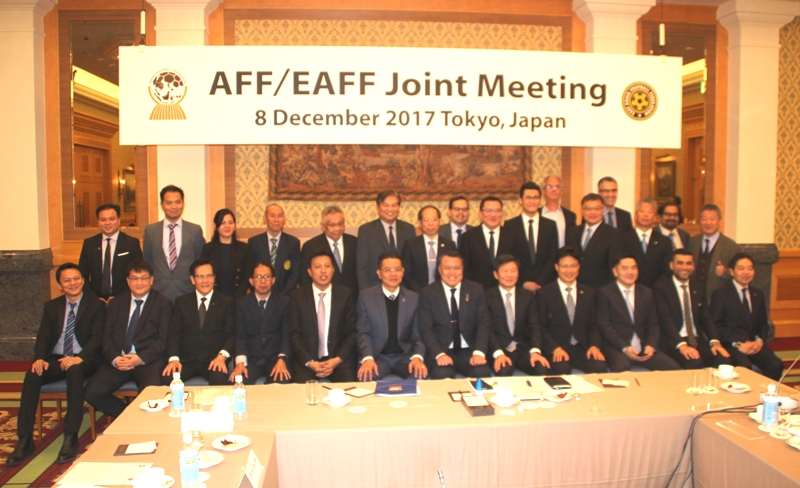 The first meeting between the two regional federations was held as a a result of a landmark Memorandum of Understanding (MoU) that was signed yesterday.

“We are very happy to have signed the agreement yesterday and we hope that we can get down to work on the partnership soon,” said Tashima Kozho, the President of the EAFF.

Added Major General Khiev Sameth, the Deputy President of the AFF: “we have to do more and work towards success to show that the MoU between the two federations are not just signing a piece of paper.”

Several recommendations were made by both sets of members from the AFF and also the EAFF especially at the grassroots level although there was a suggestion to have the champions of the AFF Suzuki Cup playing against the EAFF winners.

The AFF also plans to invite the members of the EAFF to the final of the AFF Suzuki Cup in 2018.

Among the more immediate result would be to have EAFF representations for the AFF Futsal Club and also the Beach Soccer tournaments later in the year.

Both parties agreed that a Task Force to be represented by equal numbers from the two federations will be formed very soon to tackle the various issues.