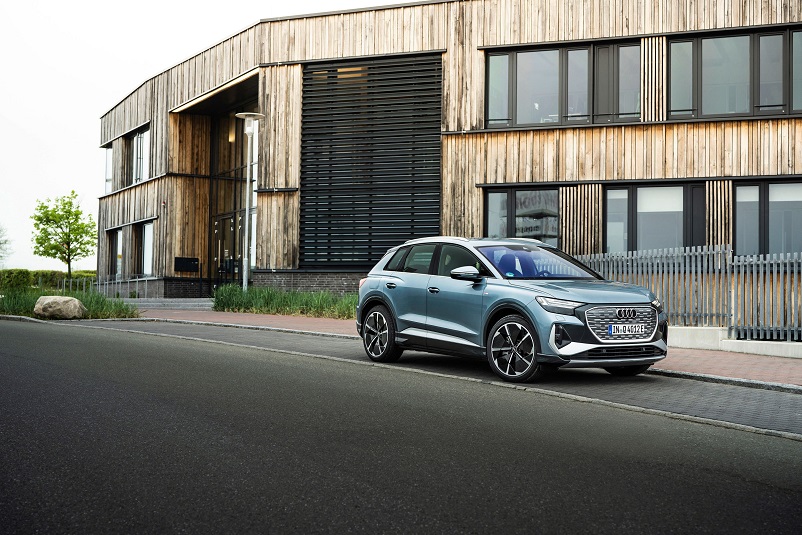 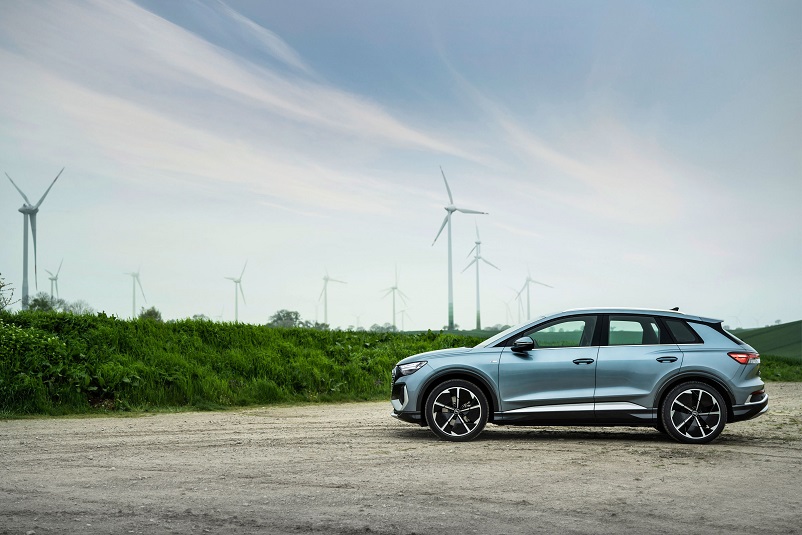 The Audi Q4 e-tron and Q4 Sportback e-tron are the first compact electric SUVs from the brand with the four rings. Following their launch in April, two new versions have been added to the range – the Q4 Sportback 40 e-tron2, the model with the longest range in the series, and an all-wheel-drive version, the Q4 45 e-tron quattro1 – both of which are available to order now.

The Q4 e-tron models do not emit any carbon on the road and combine the space and comfort of a luxury car in the compact class with a range that is suitable for everyday use. At up to 534 kilometers (WLTP), the Q4 Sportback 40 e-tron2 offers the most range out of all of Audi’s electric models.

The new all-wheel-drive model also boasts a range of up to 490 kilometers (WLTP), making it perfectly suitable for everyday use as well. The two versions are available to order now, with the Q4 Sportback 40 e-tron2 starting at a base price including VAT of 49,500 euros and the Q4 45 e-tron quattro1 listed at 50,900 euros.

In the Q4 Sportback 40 e-tron2, the rear axle is powered by an electric motor that delivers 150 kW (204 PS). The new quattro version1 uses two electric motors for its electric all-wheel drive. Together they deliver 195kW* (265 PS) of maximum power – enough for a sprint from zero to 100 km/h in 6.9 seconds and a top speed of 180 km/h, which is electronically limited.

Audi manufactures the Q4 e-tron and the Q4 Sportback e-tron with net-zero carbon emissions – and this has now been officially confirmed through their successful certification as “carbon-neutral products” by the independent auditing company TÜV: “Audi ensures that carbon emissions along the supply chain, throughout the production process, and in logistics, among other areas, have been proportionately avoided or reduced through the use of electricity from renewable sources. This explicitly includes the production of the vehicles’ high-voltage battery.

The production facility in Zwickau exclusively sources green power for production, and the battery cell suppliers are also under an obligation to only use energy from renewable sources in their production processes. Emissions that cannot currently be avoided are offset via carbon credits that fund climate change mitigation projects. These are certified by the non-profit organizations The Gold Standard or Verified Carbon Standard.This makes it possible to achieve complete carbon neutrality over the vehicle’s entire life cycle when it is simultaneously charged with green power during the utilization stage.

Furthermore, Audi works with its suppliers to systematically promote responsible practices in all of its vehicle projects. The company has been auditing its business partners using a sustainability rating developed in-house since 2017 in order to guarantee that production is carried out in a way that conserves resources and complies with social standards. 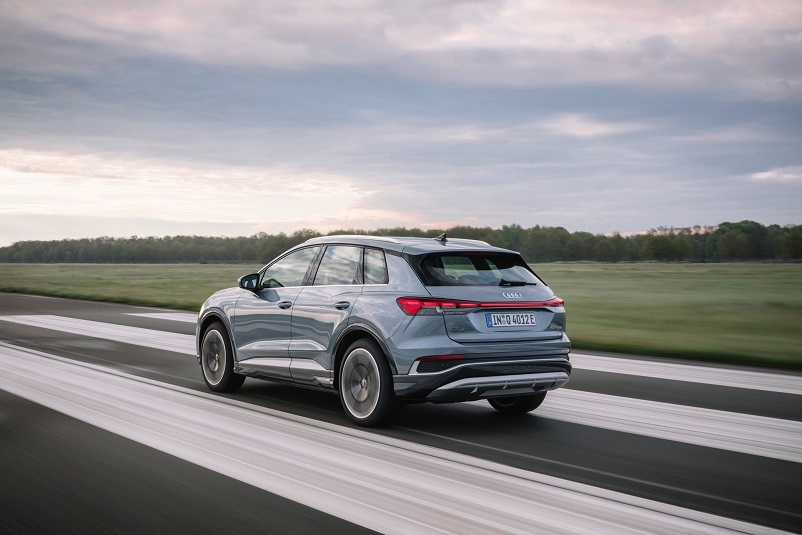 The Q4 e-tron models are extremely versatile vehicles that are ideal for everyday use. In addition to a large amount of interior space, a high level of comfort, and a range suitable for traveling long distances, drivers also benefit from rapid charging speeds. In the best-case scenario, it only takes ten minutes at a charging station to achieve a range of around 130 kilometers (WLTP).

On the Transit plan, Q4 e-tron buyers do not have to pay a monthly fee for the entire first year. Moreover, they benefit from preferential terms within the IONITY network – charging costs only 31 cents per kilowatt-hour, which is roughly equivalent to the cost of charging at home in Germany.

Audi owners can also easily charge their vehicles abroad without any worries, as they always pay the standard price for the country in question, depending on the charging speed – without any additional roaming fees. In other words, foreign users traveling through the country are charged at the same rates as local residents.