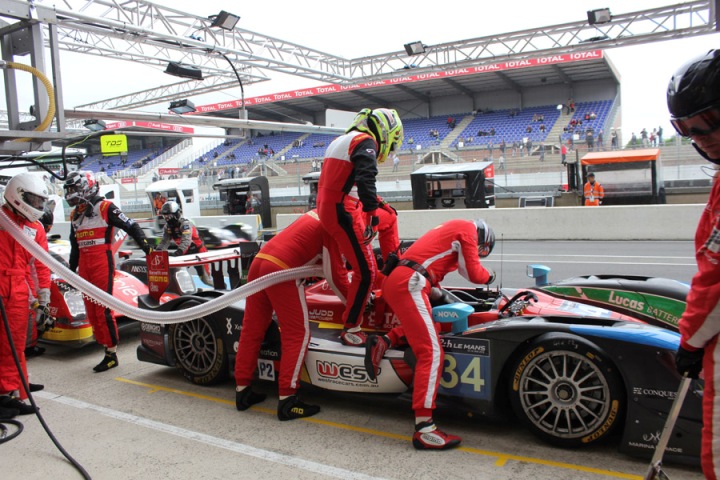 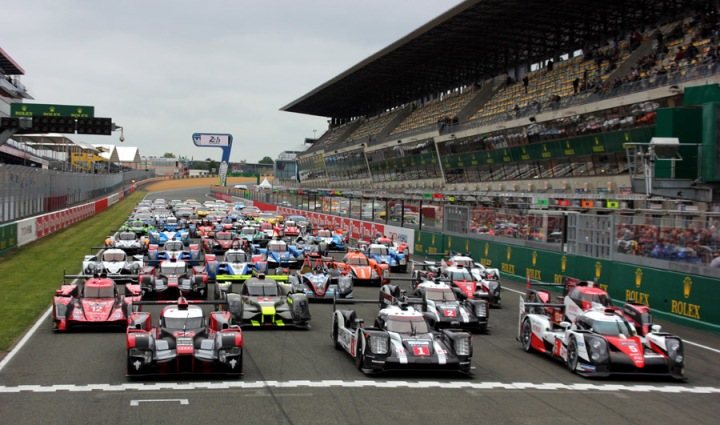 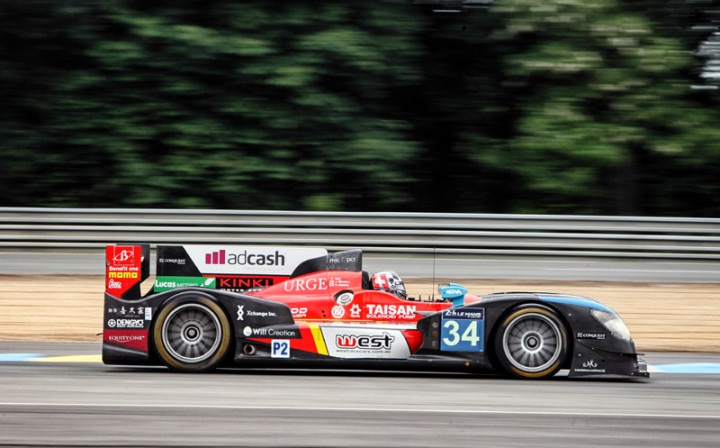 This year the Swiss Race Performance Team for the sixth time will take part in the greatest event in the motor racing world, the classical 24 hours of Le Mans. About 250 000 spectators and more than 140 TV stations broadcasting the race all over the world make it the extraordinary event it is.

Now the squad around team principal Michel Frey wants to follow up on this most successful Le Mans start so far in the history of the team. Behind the wheel of the LPM2 Oreca Judd will be seen this time ASIAN Le Mans Champion 2015/2016,  Niki Leutwiler from Switzerland, as well as former Formula-1-driver  Shinji Nakano from  Japan, who already races at the 24 hours for the ninth time, and successful British sports car driver James Winslow.

During the test day last Sunday Race Performance did not put any emphasis on fast times. The drivers were rather asked not to take any risks to avoid any possible damage to the car.

Tyres played an important part in the testing routine and are still a critical factor in this season, as Frey has to admit: “We still haven´t completely understood the different Dunlop tyres one hundred percent, and so we got a bit lost with one of the compounds for some time. But the reliability of the car was really promising, together with the total number of laps our drivers were able to put in. We realized our potential in the ear5ly morning hours and out of the rest of the laps we can take a lot of knowledge into the race in one week´s time.

Further important points to tick off from the to-do-list were mainly driver and tyre changes as well as the general pitstop procedures – afield where ther is much time to be gained against the opposition during a 24 hour race, if everything works perfectly well.

“We are aware that we are not completely competitive in terms of pure lap times with our chassis. But we have a very strong team on and off track”, Frey is adamant. “The car is very well prepared and I really want to thank the team here for the huge work effort and the technical reliability. We are confident that we can make use of our special strength during the night and then hopefully until the chequered flag drops…”

Before the race all power units, engine, gearbox, transmission and electronics, will undergo a complete change and be replaced by completely new component to be well prepared for the stressful 24 hours challenge. Seeing the chequered flag again this year would mean a world record in terms of reliability for Race Performance at Le Mans. Finishing sixth out of sixth races without any retirement has never been done before by any team in any class there.

For the first time this year the 24 hours will see an LMP3/GT3 support race, where Race Performance will also take part.   Marcello Marateotto and Giorgio Maggi will be sharing the LMP3 car as they do in ELMS and will get the chance to show their potential in front of a huge crowd on Saturday morning in a field of more than 40 competitors.

For all Race Performance fans who want to closely accompany the team during the 24 hours, there will be a special service this year: For the first time Race Performance will offer LIVE transmissions from the garage at Le Mans via Facebook, including live interviews with the drivers of car number 34.

The exact time table of the LIVE transmissions will be announced in advance. Here are the relevant Facebook links: http://bit.ly/1RWVJo5 andhttp://bit.ly/1OivZGS Furthermore to constantly updated pictures there will also be additional Race Performance videos from Le Mans. The Race Performance website has already been updated with info about the test day: http://www.race-performance.com