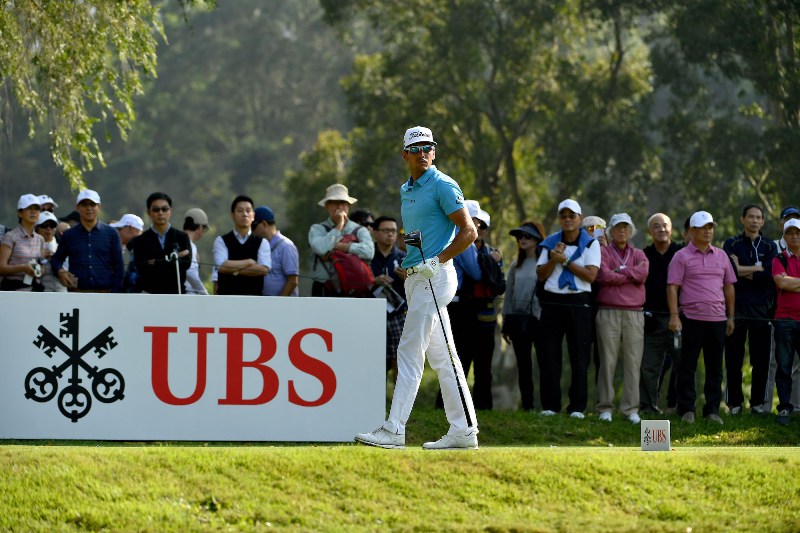 Spaniard Rafa Cabrera Bello raced three shots clear at the halfway stage of the US$2 million UBS Hong Kong Open on Friday with Masters Tournament winner Danny Willet amongst those in the chasing pack.

Cabrera Bello, who made his Ryder Cup debut for Europe in September, extended his overnight lead with a six-birdie round at Hong Kong Golf Club which kept him firmly in sight of a third European Tour victory.

Asian Tour regular Sam Brazel of Australia sank an eagle en route to a fine 66 for second place on his own while Willet mounted his title charge with a 66 as well which put him in a share of third place, five off the pace.

Thai star Thongchai Jaidee, Malaysian Danny Chia and Hung Chien-yao of Chinese Taipei were amongst those who trail by a further shot on 134 in what is the season-ending tournament on the Asian Tour.

Australia’s Scott Hend moved a step closer towards securing the prestigious Asian Tour Order of Merit title with a 68 leaving him in joint 18thposition while countryman Marcus Fraser, who needs a win to have any hope of pipping Hend, made the weekend rounds right on the halfway cut mark of 140, leaving him some 11 shots behind Cabrera Bello.

“Well, very pleased, but more importantly for how I played. I managed to play good again. Played solid and put myself in very few risky positions. Felt in control. Just managed to keep up the good work as yesterday,” said Cabrera Bello, who has a two-day total of 11-under-pare 129.

“I know I can play good. I’ve done it before and I will do it again. I’m doing it now, too. I felt I paid my dues here over the years from not knowing the course and not playing it smart enough. I think this year, I’m playing it good and I’m playing it confidently, but I’m playing it very smart, too. So that’s helping.”

Brazel, seeking a first Asian Tour victory, walked off the course with a big smile on his face after getting up-and-down from the greenside bunker for a 66, which included an eagle on 13 after he rifled a four iron approach shot to six feet of the pin.

“It was fun out there again. Got lucky a couple of times. The putter seems to be working okay, so it’s nice,” said the 38-year-old Australian. “It’s always nice to make a save when it’s not really on the cards, but it was a good way to finish.”

Willet bogeyed his opening hole on the 11th tee but bounced straight back with three consecutive birdies before finding more gains on the 17th and second holes. He is now showing the kind of form that helped him lift his first Major victory, which he credited to a recent six-week break.

“It’s nice to be in this position after the last few months,” said the 29-year-old Willet. “It was nice to put the feet up and spend a bit of time with the family. Came out here, probably as fresh as I’ve been for a month and a half, which is nice, and it’s probably showed mentally more than anything. The frustrations, even when you hit bad shots, you don’t let it get to you as much as I did probably in the previous couple of months.”

Long-hitting Hend, a two-time winner in Asia this season and the 2014 UBS Hong Kong Open champion, is banking on a weekend charge. “Seven (eight) shots on this golf course on the weekend is nothing. We’ve all seen guys come from way back and guys that are way forward seem to stumble a little bit because that’s the way the golf course is,” he said.

Scores after round 2 of the UBS Hong Kong Open Championship 2016 being played at the par 70, 6,710 Yards Hong Kong GC course (am – denotes amateur):