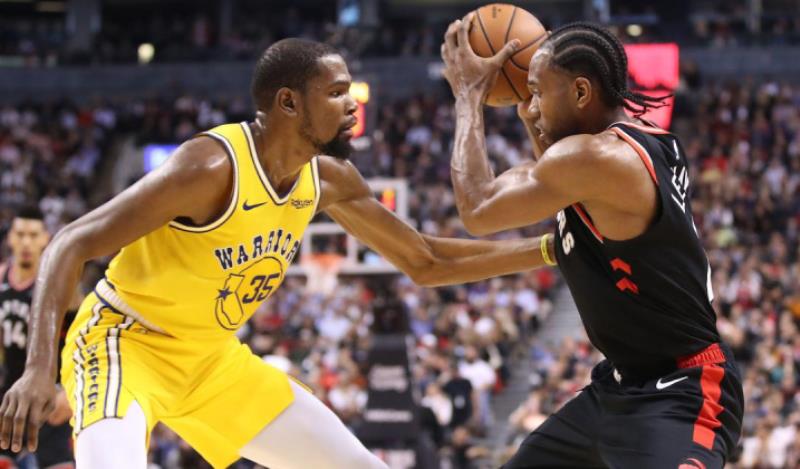 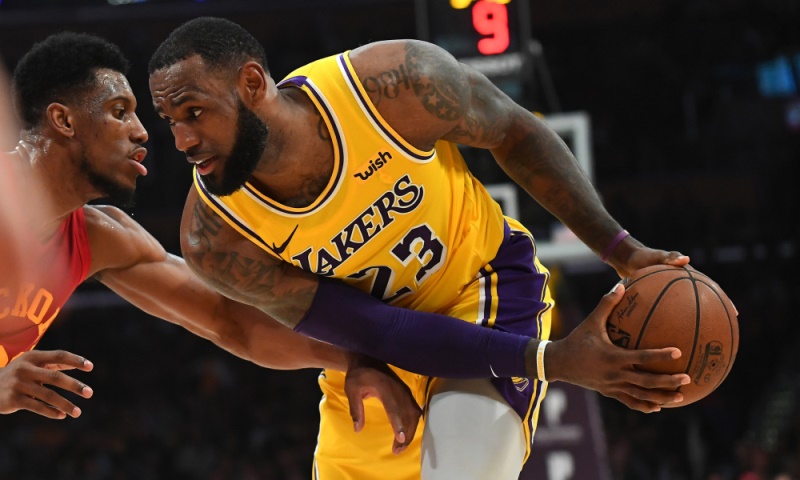 The Toronto Raptors withstood a 51-point performance from Kevin Durant to beat two-time defending champions Golden State 131-128 in overtime Thursday in a game billed as a possible NBA Finals preview.

Kawhi Leonard scored 37 points and Pascal Siakam added a career high 26 for the Raptors, who notched a seventh straight victory to improve their league-leading record to 19-4 in front of a jubilant home crowd.

“It’s a building block for us,” Leonard said. “We were able to make shots, we were able to get some stops in overtime. I’m happy we got the win.”

The Warriors, playing without injured stars Stephen Curry and Draymond Green, fell to 15-8 as they endured their fifth straight road defeat.

They’re a game behind Western Conference leaders the Los Angeles Clippers, who beat the Kings 133-121 in Sacramento on the second night of a back-to-back.

Elsewhere in the West, LeBron James and the Los Angeles Lakers bounced back from their biggest defeat of the season — a 117-85 loss to the Denver Nuggets — with a 104-96 victory over the Indiana Pacers.

After building a 23-point first-quarter lead the Lakers saw the Pacers battle back to briefly take the lead in the third quarter.

But James came through in the clutch, scoring 12 of his 38 points in the last five minutes.

“That’s what I’m here for,” said James, a three-time NBA champion who joined a developing Lakers team as a free agent prior to the season.

James had nine rebounds and seven assists as he rebounded from a season-low 14 points in the loss at Denver.

“LeBron was spectacular, but we got a lot of really good efforts from different people,” Lakers coach Luke Walton said. “That’s what it takes to win in this league.”

Brandon Ingram scored 14 points and Josh Hart chipped in 13 for the Lakers, who notched their 10th win in 14 games.

In Toronto, Durant notched his third straight game of at least 40 points — a first in his career.

“Tonight we were down early, we were down big and I just tried to be aggressive and go get a bucket,” said Durant, who also grabbed 11 rebounds and handed out six assists.

Klay Thompson added 23 points and Jonas Jerebko produced 16 of his 20 points in the fourth quarter and overtime as the Warriors erased a double-digit deficit only to come up short.

After Kyle Lowry’s three-pointer with 56 seconds remaining in the fourth quarter put the Raptors up 119-113, Durant responded with two three-pointers, knotting the score at 119-119 with nine seconds left.

Coming out of a time out, the Raptors were unable to get a shot off before the final buzzer and it went to overtime.

Danny Green’s three-pointer with 2:07 in the extra session put Toronto up 126-123 and the Warriors wouldn’t get the deficit below three points from there — the Raptors stretching their lead when Lowry came up with a steal from Andre Iguodala and benefitting again when Iguodala was whistled for travelling.

“An incredible basketball game for the fans to watch,” Warriors coach Steve Kerr said. “We came up just short.”

The first half had offered little to predict the late-game drama as the Raptors jumped to an early lead.

Leonard made his first six shots of the contest, scoring 13 points in the first quarter when Toronto out-scored the Warriors 38-25.

The Raptors led 67-58 at halftime. They took a 96-88 lead into the final period and were up by 10 with less than five minutes to play.

Despite the hype surrounding the early season clash with the reigning champs, Lowry — who finished with 10 points and 12 assists — said the victory shouldn’t change Toronto’s approach.

“It was a good challenge for us,” he said. “We got a win. We’ve just got to keep going, stay level headed and take it as one game, one win and move on to the next one.” – Agence France-Presse