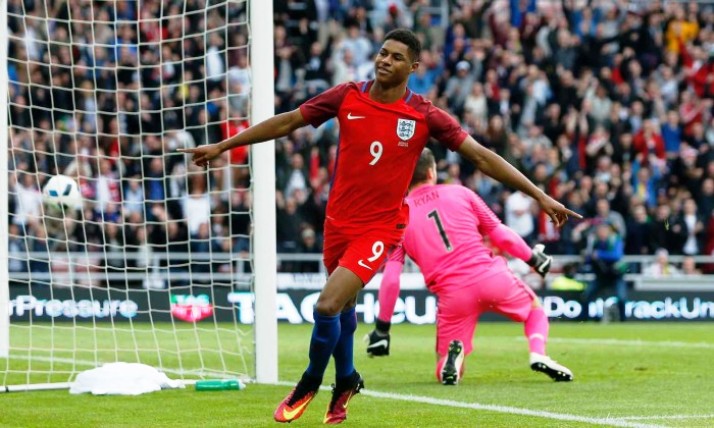 Rashford, 18, scored within three minutes of his England debut in Friday’s 2-1 win over Australia, having netted eight times in 18 games since making his United debut in February.

His emergence was thought to have cast doubt on Daniel Sturridge’s place, but the Liverpool player was named as one of five strikers despite missing the Australia game with a calf problem.