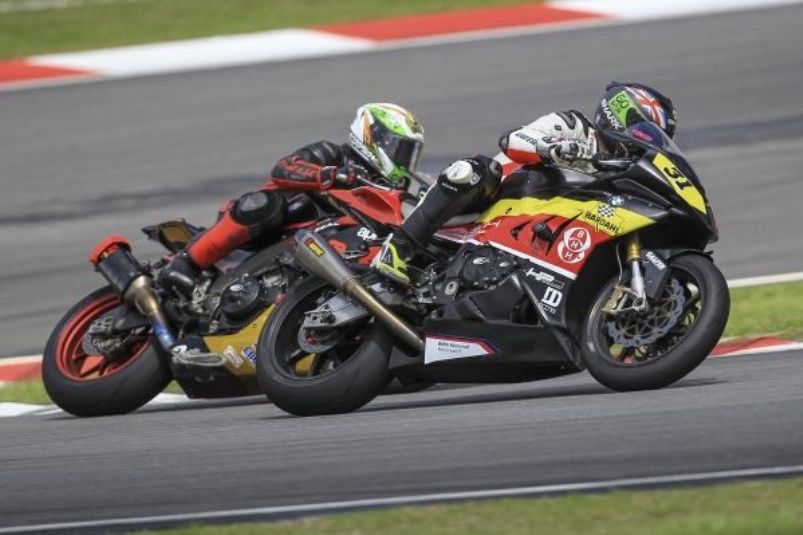 The Shell-SIC-Motorsports Association of Malaysia Awards night will be held on Saturday, 27th January 2018, at Sama Sama Hotel, KLIA and will once again play host to the motorsports fraternity. The night will feature 2017’s motorsports high achievers, from across 13 categories – including Formula 1, MotoGP and various other two-wheel and four-wheel races.

Sepang International Circuit Chief Executive Officer, Dato’ Razlan Razali said the awards night is an important avenue to recognise the achievements of various parties in making Malaysian motorsports great. “As we strive to make Malaysian motorsports successful, we must also recognise the efforts, sacrifices and achievements of the people involved. As we continue for the second year, I believe this event marks an important milestone in Malaysia’s motorsports calendar as we celebrate the high achievers and learn from their experiences to create a more successful year ahead.

“We are honoured to welcome Shell on board as our title sponsor for the awards, as both organisations share the same vision in driving Malaysian motorsports to greater heights, thus positioning Malaysia more prominently in the world motorsports map.” said Dato’ Razlan.

Moto2 rider Hafizh Syahrin Abdullah and Lamborghini Super Trofeo driver Afiq Ikhwan Yazid are the headliners to a stellar line-up of motorsports heroes being honoured at the event. Hafizh who has two podium finishes and placed 10th overall at the 2017 MotoGP season, will vie for the top International Rider of the Year award. However, he will face stiff challenge from Asia Road Racing Championship Supersport 600cc champion Azlan Shah Kamaruzaman and KTM RC390 Cup Asia champion Mohd Ibrahim Norrodin, as all three aim to take home the trophy.

Other award categories are: Best Team – Two wheels and Four wheels, The Most Dynamic and Successful Team, National Rider of the Year, National Driver of the Year, and the Malaysia Motorsports People’s Choice Award, where fans cast their votes for their favourite heroes online. Last year, Hafizh Syahrin was named the winner. In addition to the rider and driver awards, there will also be the SIC-MAM-SAM Media Award for Best Journalist and Best Photographer, recognising the best article and photograph published.

The top awards for the night are the Shell International Driver and Rider of the Year reserved for the creme de la creme of drivers/riders of 2017.

Datuk Iain lo, Chairman of Shell Malaysia said, “As the title sponsor, it is an honour for us to recognise our homegrown talent through the sponsorship of the Shell International Rider of the Year award. We would like this award sponsorship to be an encouragement for our young talent to further push themselves and strive to greater heights. Also, we would like to thank SIC and the Malaysian Association of Malaysia for this opportunity to continue our support in developing the Malaysian motorsports industry.

For this year’s event, four new award categories will be introduced: Most Improved Rider of the Year, Most Improved Driver of the Year and SIC-MAM-SAM Media Award (Best Electronic Media) for the best coverage on electronic media, along with a special award showcase – the KBS Motorsports Development Award. This award will see recipients nominated and chosen by the Ministry of Youth and Sports (KBS), focusing to the ministry’s motorsports development programmes.

The awards night will also honour three new inductees into the Malaysian Motorsport Hall of Fame for their contribution and great service in bringing honour to the development of motorsports in Malaysia. These nominees are carefully selected by a bench of experts and individuals who have played a key role within the motorsports industry. The winners will be announced at the event.

Be part of the Malaysian motorsports success celebration, by attending the awards night. Purchase a seat for the awards at RM320 or a table of 10 for RM3,000 where RM500 will be contributed to MAM to develop more grassroots motorsports programme.