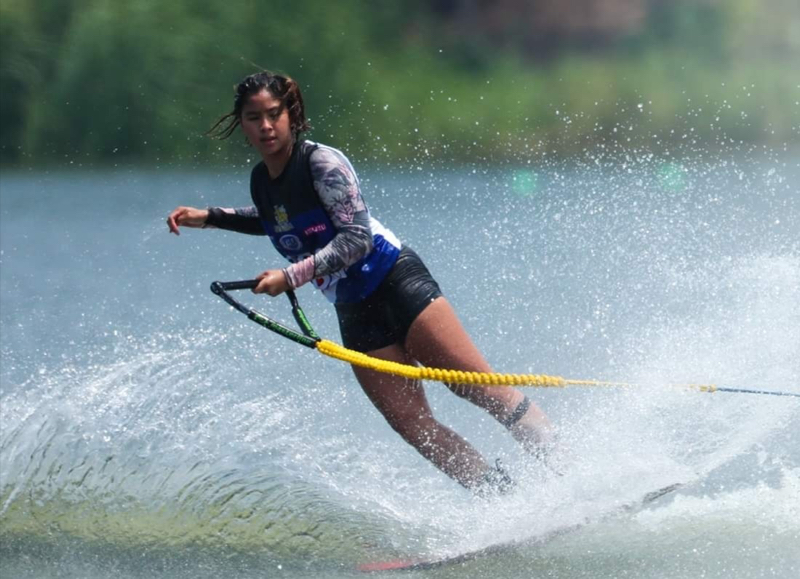 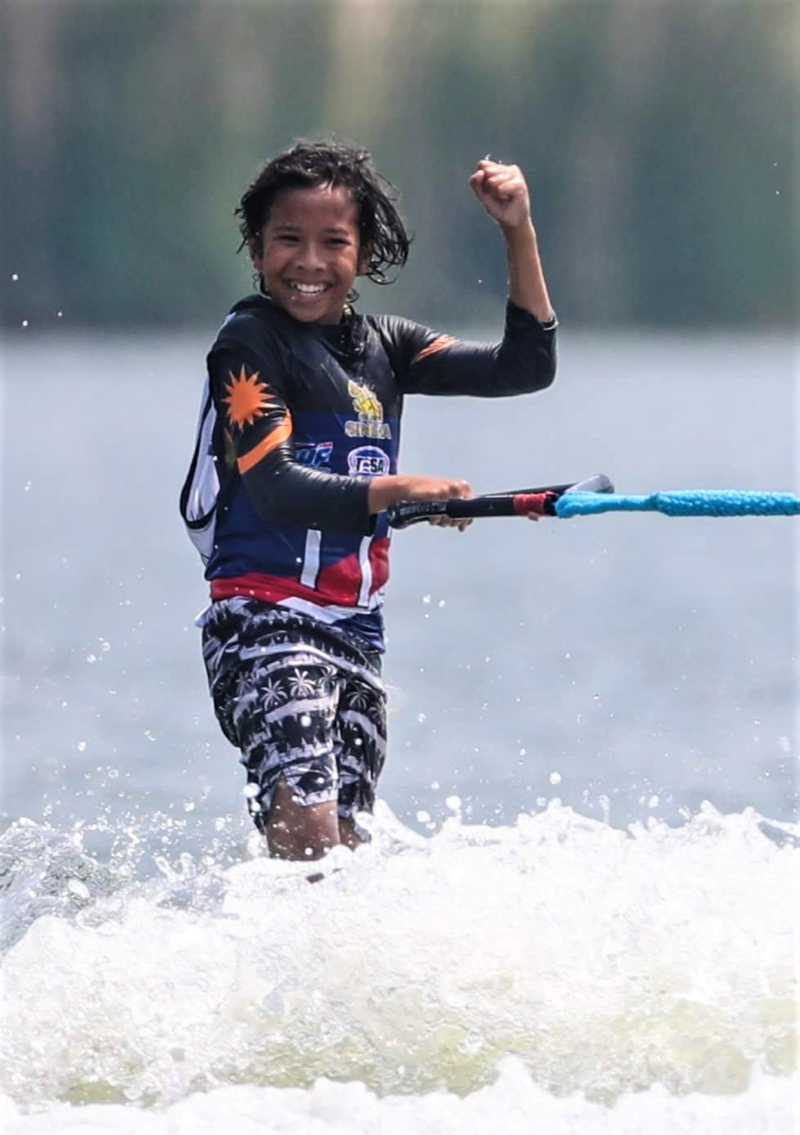 It’s been a brilliant campaign for young Aiden Yoong Hanifah as he snatched a gold and a bronze to cap off his Asian Waterski and Wakesport Championships.

Aiden, who turns 14 next month, put up an improved display to ski to the boys’ Under-17 tricks gold medal in Thailand on Wednesday.

Having scored 4,350 in the preliminaries on Tuesday, Aiden returned to the water for a dazzling 5,150 points to top the six-skier final.

It’s shy of his personal best of 5,680 points but it’s sufficient to pip South Korean talent Ju Seong-min, who only scored 4,970, to the gold.

Additionally, his effort was also a brand new Asian Junior Championship record as he erased the old mark of 4,270 set by Indonesia’s Dimas Ridho Suprihono in 2017.

Adam Yoong Hanifah on the other hand, only 3,080 after hurting himself during his slalom run. But he still managed to settle for the bronze.

The good showing in slalom and the top-draw effort in tricks also helped Aiden to a bronze in the overall event.

Not to be outdone by her brothers, 16-year-old Aaliyah also entered the fray on a very strong note with record breaking performances in the preliminaries.

Having created history by reaching the final of the World Waterski Championships last month, Aaliyah showed a lot of consistency to top the field in tricks by a mile in the preliminary round with a score of 7,680.

It bettered her previous Asian record of 7,440 which she achieved during the world meet and it also bettered the Asian Championship record of 7,250 which she set in 2017.

To top it off, it is also a personal best for the teenager, erasing her previous best of 7,600 which she has held for two years.

“It’s definitely the start that I expected. My goal in the preliminaries was to try and get a new personal best so I’m glad to get that down early,” quipped Aaliyah.

“It’s a super important development for me because it’s been really hard to stay consistent and doing over 7,000 points for the past two years.”

Not contented with just doing well in tricks, Aaliyah showed her versatility as three-event skier as she led the field in both slalom and jump as well. 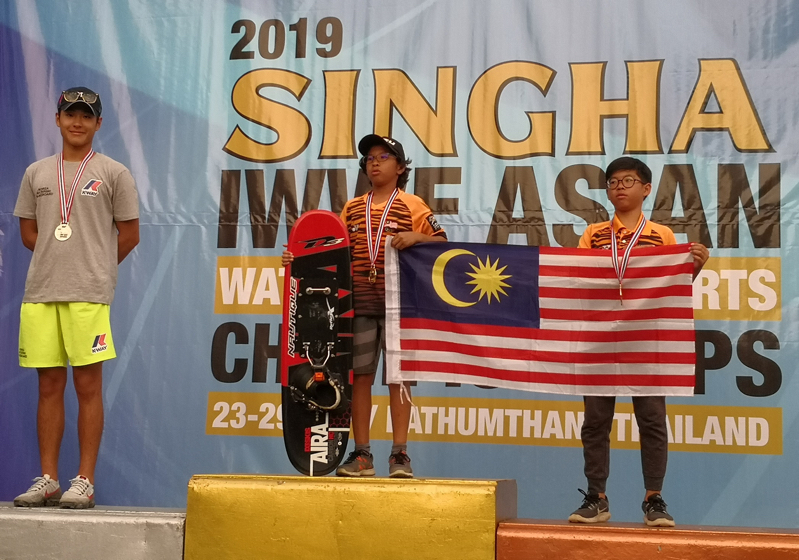 It is an impressive run as Aaliyah has now broken a long-standing 18-year Asian Championship record.

To round it off, Aaliyah then completed a jump of 36.9m to narrowly lead Japan’s Harue Kamiya who had 36m and Moe Sadamizu who finished with 34.9m.

This puts her in a very good position to sweep all four individual gold medals which would be a first ever achievement for Aaliyah.

The tricks final will be held on Saturday followed by the slalom and jump finals on Sunday.

The Malaysian waterski team’s participation in the 2019 Asians in Bangkok is part of National Sports Council of Malaysia’s programme to prepare for the 2019 SEA Games to be held in Manila in December.