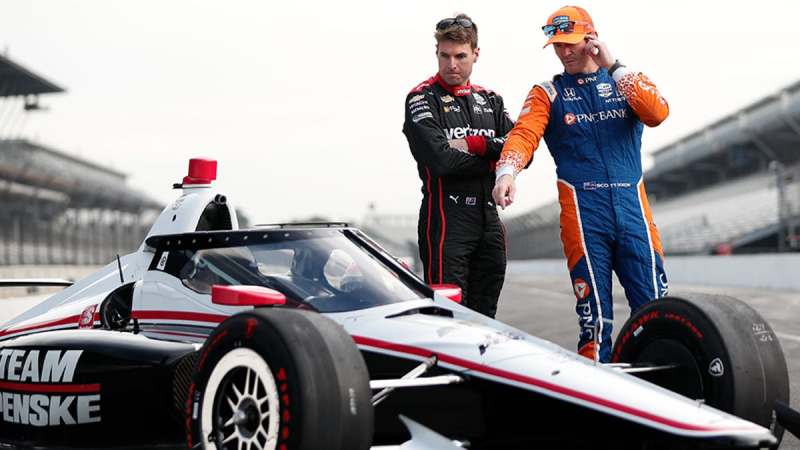 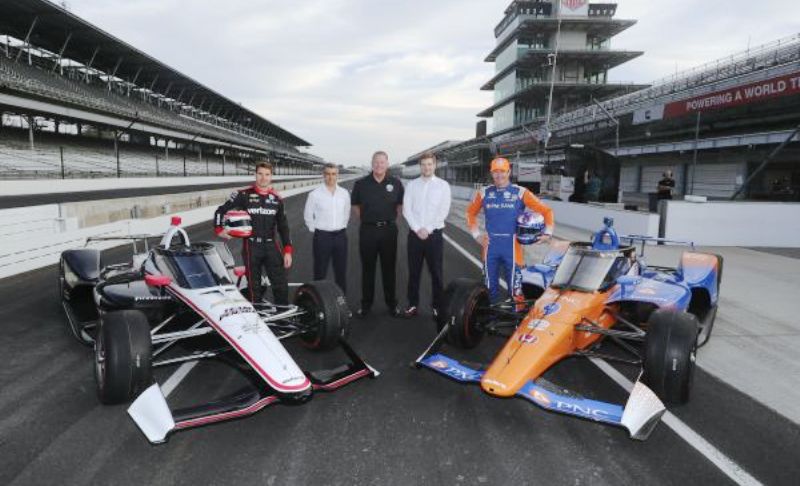 Designed by Red Bull Advanced Technologies, INDYCAR’s new cockpit safety device “Aeroscreen” successfully completed its first on-track test at the Indianapolis Motor Speedway in the hands of INDYCAR champions Scott Dixon and Will Power.
Based in Milton Keynes, Red Bull Advanced Technologies began work on the INDYCAR project in February of this year and the cockpit safety device will make its racing debut at the start of the 2020 NTT IndyCar Series. An Aeroscreen rendered CAD image was on display earlier this year at the Indianapolis 500 in May, but today is the first opportunity for the device to undergo rigorous track testing.
Dixon and Power, two of INDYCAR’s most experienced drivers, conducted an eight-hour testing programme on Indianapolis’ famed 2.5-mile (4km) high-speed banked oval, and both were pleased with the results of the test.
The Aeroscreen is a continuation of a previous Red Bull Advanced Technologies project conducted to develop a head protection system for Formula One. It features a titanium framework, similar to the Halo now used in F1, with a polycarbonate laminate screen. The F1 geometric prototype made its track debut during the first practice session of the 2016 Russian Grand Prix whilst fitted to the Red Bull RB12.
There are no carryover parts between the F1 project and the work for INDYCAR, just the fundamental principles – the cockpit geometry and structural properties of the Dallara chassis used by INDYCAR required an entirely new approach – but the concept and Intellectual Property behind the research all stem from that initial study.
“The first on-track test has been very positive today,” says Andy Damerum, Red Bull Advanced Technologies Commercial Development Officer. “The product is working well and the drivers have given excellent feedback, without experiencing any visibility issues. It has been a tight schedule from initial design to getting the Aeroscreen ready for on-track testing and we are proud to be working with INDYCAR to deliver the concept on time. We have a few further tests to complete but so far the screen is providing the safety performance requested. The next step will be for INDYCAR and Dallara to fine-tune the cockpit cooling and a number of teams will complete on-track tests in the coming weeks before the screen makes its race debut in 2020.”
INDYCAR President Jay Frye, who commissioned the project, commented, “We ran more than 100 laps and 250 miles of testing between the two cars this morning and we definitely checked a lot of boxes we needed to already. The foundation of the Aeroscreen is very sound and now we’re also working on the various accessories. It has been a hugely successful test thus far and we haven’t seen anything we didn’t anticipate. We had high expectations with this collaboration with Red Bull Advanced Technologies and their preparation and execution has been outstanding. They have left no stone unturned and will be proud of the final product.”
While F1 has initially opted for the Halo system, the different demands of oval racing led INDYCAR to prefer the Aeroscreen, adding protection against small object debris to the strength of the tubular framework, in a structure that also features sight lines more suitable for banked ovals. Working closely with chassis manufacturer Dallara, Red Bull Advanced Technologies has designed the Aeroscreen to utilise INDYCAR’s existing Advanced Frontal Protection spike as the forward mounting point, while also collaborating with the Italian firm to address issues such as helmet buffeting and cockpit cooling. Whilst next year’s car will be the first to race with the Aeroscreen, the system has also been created with the next generation of Dallara chassis firmly in mind.
“This is a fantastic project for Red Bull Advanced Technologies,” says Aston Martin Red Bull Racing Team Principal Christian Horner. “The company is building a reputation for excellence, utilising the skillset and experience of Formula One engineering, together with a keen focus on rapid development and rigorous testing. There could be no better example of this than a safety-critical project demanding cutting-edge engineering technology, delivered into the pressure cooker environment of INDYCAR racing.”