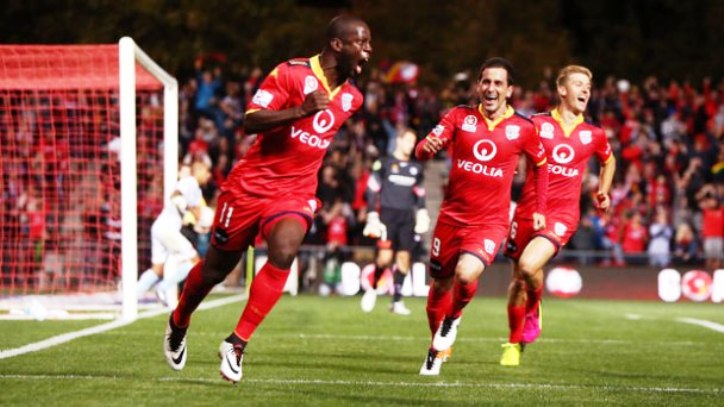 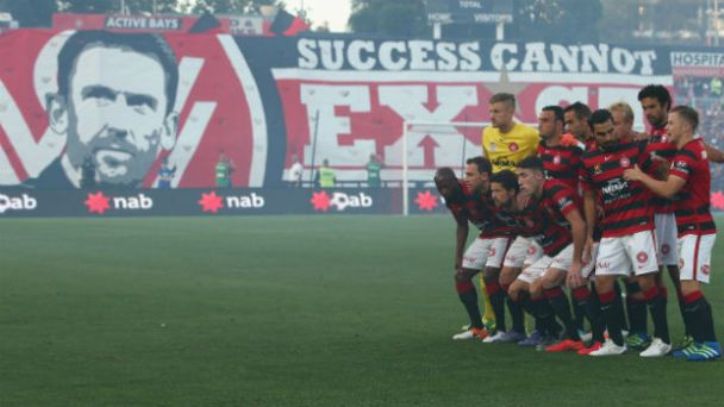 The 2015-16 Hyundai A-League champions will be decided on Sunday at the Adelaide Oval, with the Reds hosting Western Sydney in both clubs’ third grand final.

With all three regular season meetings ending in a draw and an aggregate score of 1-1, the final match of the campaign is hard to pick, although those hoping for a repeat of the Wanderers’ 5-4 semi-final triumph will probably be disappointed. The Reds cruised past Melbourne City 4-1 in the other semi-final.

Neither of these clubs have ever lifted the A-League’s iconic championship trophy but one will join Sydney FC, Melbourne Victory, Newcastle Jets, Brisbane Roar and Central Coast Mariners by Sunday evening.

Adelaide’s two previous grand final appearances (2007 and 2009) both ended in defeat to Melbourne Victory – including an infamous 6-0 drubbing in the first – while the Wanderers lost two in successive seasons, going down to Central Coast (2013) and Roar (2014).

Reds coach Guillermo Amor and his Wanderers counterpart Tony Popovic look unlikely to spring any surprises in their starting line-ups after both retained the 15 players they took into last week’s semi-finals.

Amor has added Mark Ochieng and Mate Dugandzic to his extended group, while Popovic has named Jaushua Sotirio and Jacob Pepper as additional support but those four players are most likely to be left out on game day.

Adelaide – as premiers – are the favourites to win in front of a bumper crowd at the Adelaide Oval with Western Sydney having to overcome extra-time against Brisbane last week.

The Wanderers, who were previously renowned for their defensive nous, are a much more attacking proposition since their last grand final, while Adelaide’s balanced system that sees the entire team work in defence could give them an edge.

Both teams will enter this match with centre-forwards in top form.

In fact, Bruce Djite and Brendon Santalab could be considered in better shape than all other A-League strikers at the moment.

Djite (11 goals this season) has scored six goals in his past four matches, including a brace against City last week, while Santalab (11) has five in three.

Santalab scored one of Western Sydney’s goals versus Roar.

Djite is more of a hold-up player than Santalab, who likes to get in behind defences, but both do a lot of work without the ball.

For the majority of the season, Amor has relied upon his entire squad to score goals but Pablo Sanchez (8), Stefan Mauk (7, including 4 for City) and Marcelo Carrusca (5) seem most likely to impact the scoreboard for the home side.

Carrusca and Sergio Cirio were very impressive for Adelaide in their semi-final victory and will be Amor’s main creative options.

Western Sydney’s main playmakers this term have been Mark Bridge and Mitch Nichols, while dynamic winger Romeo Castelen is the man in form for the Wanderers after his hat-trick last week.