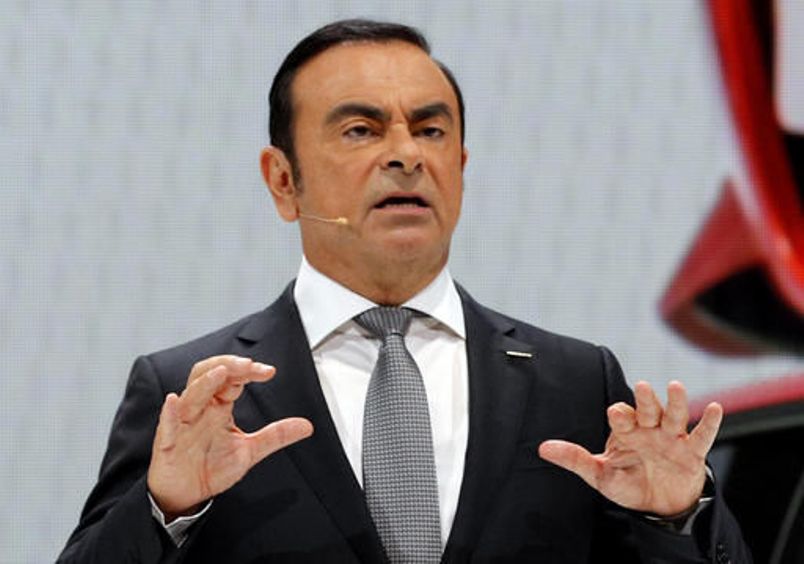 Nissan boss Carlos Ghosn, nicknamed Le Cost Killer for turning around the once struggling Japanese automaker, is set to become chairman of Mitsubishi Motors, several months after throwing a lifeline to the scandal-hit company.

The appointment will make Ghosn the head of three major automakers, including France’s Renault which holds a major stake in Nissan.

Mitsubishi’s current chairman and president Osamu Masuko will stay on as president, the company said, adding that the changes are to take effect in December following a shareholder vote.

Nissan came to Mitsubishi’s aid in May when it announced plans to buy a one-third stake in the crisis-hit automaker for 237.3 billion yen ($2.3 billion), as the smaller rival wrestled with a mileage-cheating scandal that hammered sales.

“Earlier today Nissan completed the acquisition of the 34 percent equity stake in Mitsubishi Motors… and I am honoured to address this event as chairman elect of this company,” Ghosn told a news briefing in Tokyo.

“Through this transaction, we’re sending a clear message we believe in the underlying strength of Japanese carmaking.”

Ghosn — widely credited with turning around a nearly bankrupt Nissan and overhauling Renault in the nineties — insisted he would stay out of day-to-day management at Mitsubishi.

“The board is in charge of the governance of the company,” he said.

“The board is not in charge of the management of the company. That’s very clear.”

However, he appointed Hiroto Saikawa, Nissan’s chief competitive officer, as his co-CEO at the maker of the Altima sedan and X-Trail sport utility vehicle so he could focus on Mitsubishi’s turnaround.

The company has admitted it had been falsifying mileage tests for years, manipulating data to make cars seem more efficient than they were.

Investors have cheered news that Ghosn would take the helm at Mitsubishi, with its Tokyo-listed stock up more than 10 percent since Wednesday.

After markets closed on Wednesday, Mitsubishi warned it was on track to lose 240 billion yen in the fiscal year to March, ballooning from an earlier net loss forecast of 145 billion yen as the scandal eats into its bottom line.

Two of the affected vehicle models were being made for Nissan, which was the first to uncover problems with the fuel economy data.

Mitsubishi is on the hook to pay more than $1.0 billion to Nissan and other suppliers as well as to compensate customers who bought the affected cars.

“Expectations for his strong leadership are quite high and Mitsubishi really needs that right now.”

Renault came to the rescue of a nearly bankrupt Nissan in 1999 and parachuted in the Brazil-born Ghosn, who set about slashing costs and jobs in a huge corporate overhaul.

Despite his reputation as a tough manager, Ghosn would likely be a “figurehead” at Mitsubishi with the tough reforms left to Masuko, said Hans Greimel, Asia editor for the Automotive News.

“(Ghosn) is hoping that he can revive MMC (Mitsubishi Motors Cooperation) the same way he did with Nissan,” he added.

“MMC has a much brighter future with Nissan than by itself, if Nissan gives support to the brand.

“If, however, Nissan goes there with the idea of cutting and burning everything down, there would be a wreckage left” over. – Agence France-Presse