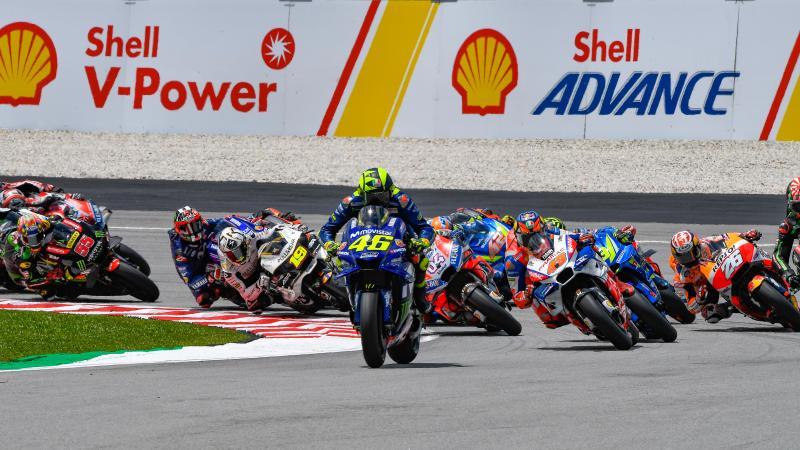 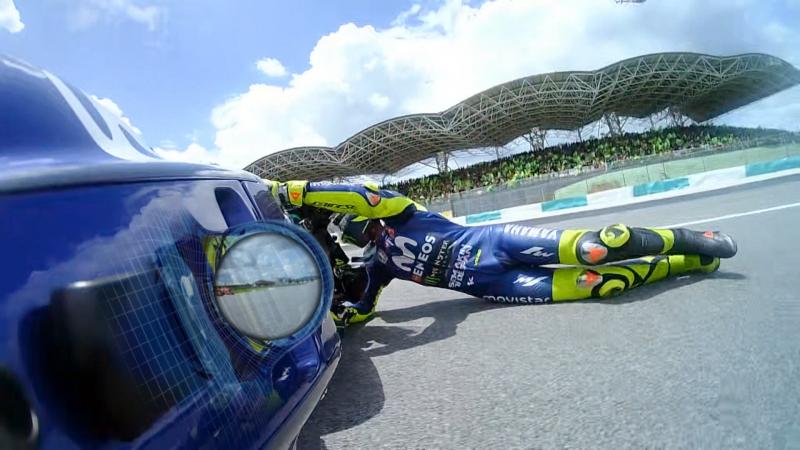 After struggling for the majority of the 2018 season, the four flyaway races in Thailand, Japan, Australia and Malaysia have signalled a return to form for Yamaha who have shown they are back and capable of winning races again.

The upturn started at the inaugural Thai GP, the first leg of MotoGP™’s Asia tour. Valentino Rossi (Movistar Yamaha MotoGP) was able to stick his YZR-M1 machine on the front row of the grid for the first time since the Czech GP and lead the race before teammate Maverick Viñales was able to grab a podium.

The Spaniard finished just 0.270 from the win and if it wasn’t for running wide at the final corner, Rossi would have also finished inside one second from victory. And with Johann Zarco (Monster Yamaha MotoGP) able to pick up a P5 finish, questions began to arise: was this the return of Yamaha, or was it a one-off?

The Japanese GP would hold some important answers. There was no podium at Motegi for Yamaha, but all four machines in the top ten still indicated an improvement from their early season woes. On to the Australian GP then, a round that revealed the most important answer to the most important question: were Yamaha capable of winning races again? Viñales’ storm to Island supremacy put to end 25 weekends of hurt was a resounding yes.

And what about the Malaysian GP? Well, when it came to the race, Rossi was lapping the most consistent he has done for quite some time in the most punishing conditions of the season. High track temperatures and Yamaha is a match that hasn’t been made in heaven over the last couple of seasons but, at Sepang, Rossi looked almost as strong as he ever has.

And despite crashing out of the lead with four laps remaining, this was another sure sign that Yamaha has all-but solved their underlying issues, with Zarco, Viñales and Hafizh Syahrin (Monster Yamaha Tech 3) also getting top results in P3, P4 and P10 respectively.

So, what did Rossi have to say after his “best race of the season”? “It’s a great shame because it was the best race of the season,” admitted the 39-year-old. “I felt comfortable, I had good pace and I pushed and had the chance to win, but unfortunately I had four or five laps to go, I don’t understand what happened but I made a mistake because I crashed. It is a great shame.”

A great shame it was, but the nine-time World Champion goes on to insist that it remained a good weekend for himself and Yamaha: “It remains a good weekend because we improved the setting of the bike,” confirms Rossi. “I think that we have to work, but from the last races, it looks like we’re using the bike in a better way, so this is good, but we have to see. We have to see if we’re stronger in Valencia, that is a difficult track for us, but we have to try.”

Positivity from Rossi regarding Yamaha, but does Viñales agree with his teammate? “I think there are still many things to improve, especially when you’re behind the Ducatis,” explained the Spaniard, but he does admit that things are better than before, especially when Viñales has felt he can fight for the win at three different tracks in the last three races:

“I think we have better things than before. I can be consistent now. I think Valencia will be good, it’s good for my riding style, so let’s see. It’s great that I’ve felt like I could win at three different tracks, in three different races. I’m actually happy. The team worked so well.”

Movistar Yamaha MotoGP Team Director Massimo Meregalli shed some more light: “For sure we got some consistency that we missed in the first part of the season. We made a big improvement but we have a lot of work to do.

After Buriram, we found some improvement and we integrated some items and, from that moment, we started getting our performance back and we could replicate this performance at different circuits.

Here, especially, where we’ve always suffered because of the temperatures because when it is very hot the grip is less and these conditions are not good for our bike.

“Honestly, I am a bit disappointed about the final results of the race today because we thought that we could win and we led with Valentino almost the whole race and, unfortunately, Maverick had to start from the fourth row but his pace was the same as Vale and Marc. We are heading back to Europe with some good results and motivation. We will see what we can do in Valencia but this gives us good motivation for next year.”

In addition, 2018 World Champion Marc Marquez (Repsol Honda Team) has noticed where the Yamahas have improved in recent races as he reflected after his Sepang victory: “This weekend, Yamaha have been extremely fast,” began the Spaniard.

“When I was riding behind Johann, but especially Valentino, they had amazing acceleration on the exit of the corners and amazing grip. I don’t know the performance of the tyre in the last laps because they were using the rear tyre a lot but, I was trying to use but was unable to. So, they had really good acceleration and from that point, I understood that we might struggle in the race. I pushed the limit because you never know what the limits are of the other riders.

“Normally we fight against the Ducatis but this time Yamaha were the strongest ones, but we were there… they are very strong since Thailand.”

After Rossi’s crash, Andrea Dovizioso (Ducati Team) has sealed P2 in the Championship, but can a Yamaha rider stand on the top step in Valencia?