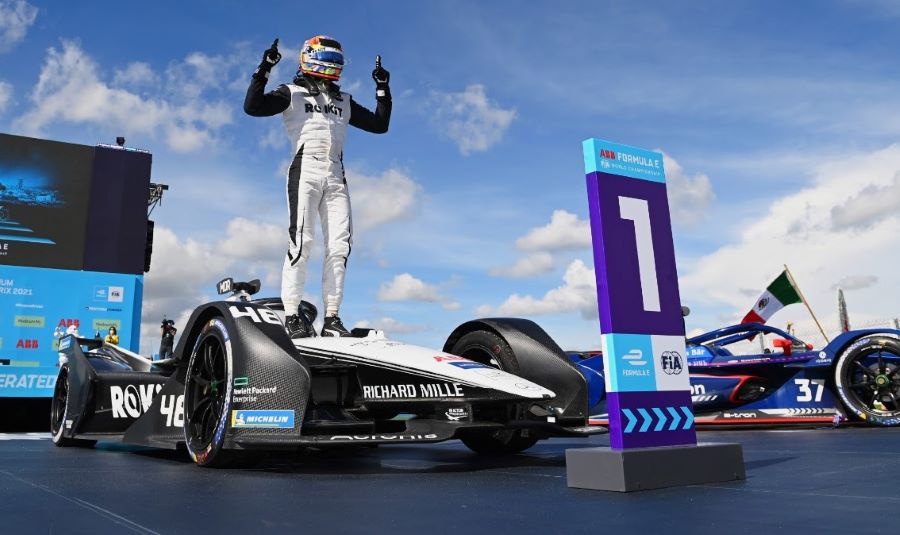 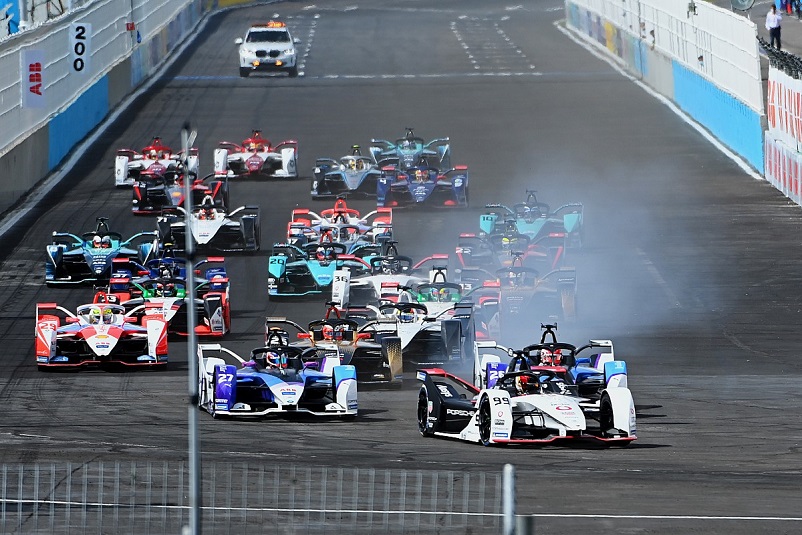 ROKiT Venturi Racing’s Edo Mortara went top of the ABB FIA Formula E World Championship after winning the second CBMM Niobium Puebla E-Prix
Mortara went two better than his third-placed finish on the previous day with a second career E-Prix victory to complete a stunning weekend for the Monaco based team as fans made their return to Formula E’s grandstands
TAG Heuer Porsche’s Pascal Wehrlein secured a second-placed finish on-track but was later penalised by the addition of five seconds to his race time for improper use of FANBOOST, which saw him demoted to fourth spot
Nick Cassidy achieved a maiden podium following a herculean effort by the Envision Virgin Racing team to rebuild his car late into the night – their rewards, second place following that Wehrlein penalty
Nissan e.dams’ Oliver Rowland led away from Julius Baer Pole Position though contact with a wall late on in the contest compromised his race but the Brit still sealed silverware, coming home a net third
The result sees Mortara become the eighth different winner in nine races and leave Mexico with a 10-point lead at the summit of the Drivers’ World Championship with Mercedes-EQ leading the Teams’ World Championship by three points
Fastest Lap Group in
Qualifying (1 point)
Jake Dennis – 1:22.816s
BMW i Andretti Motorsport
Julius Baer Pole Position (3 points)
Oliver Rowland – 1:23.370s
Nissan e.dams
TAG Heuer Fastest Lap (1 point)
René Rast – 1:25.370s
Audi Sport ABT Schaeffler

“What a weekend for us – 40 points in two days! This win today is fantastic. Pascal was very strong today, it was hard to keep him behind. We used more energy in the first part of the race to build a gap and in the latter I had to save more energy. I am glad to be here, the car was very competitive, the team put on a great strategy. We try to maximise our potential every time we race, and we do our very best all the time. I am happy with our season so far.”

“My first podium finish feels like a relief I feel this should’ve come earlier. I made a mistake yesterday in the race and the team had plenty of work to do last night and I am glad I could re-pay them today with the podium finish. I am pleased with the communication with the team, we were the fastest car in the race, and we had the pace to make risky moves and it paid off. Looking forward to next race in New York City.”