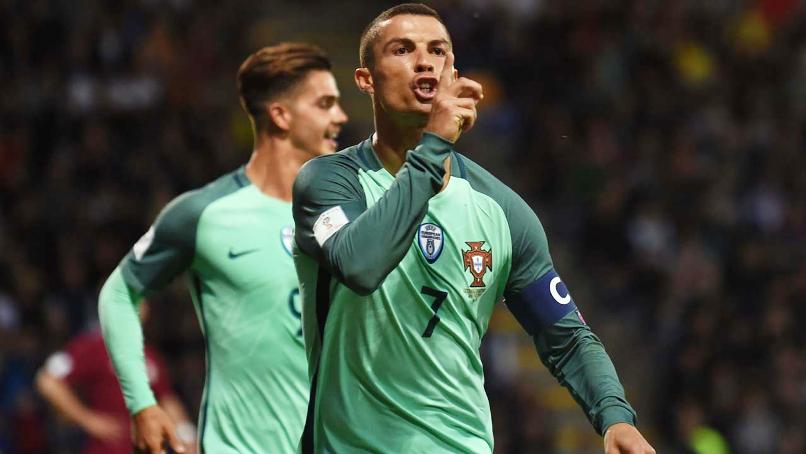 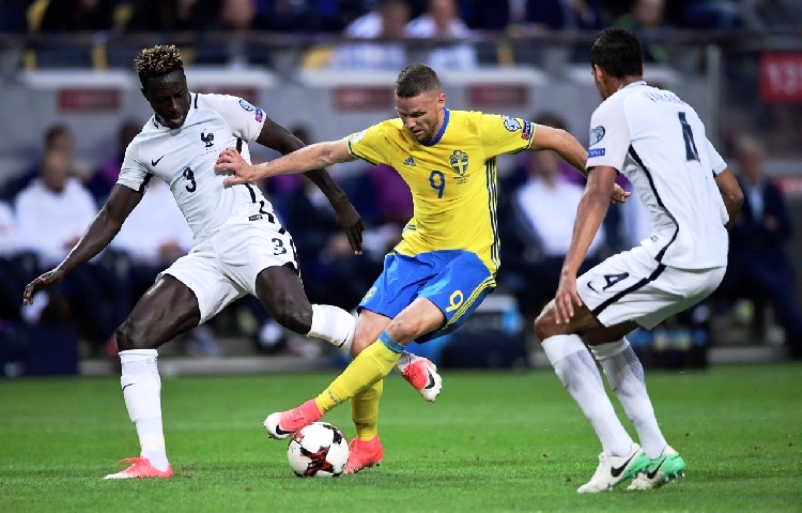 France complicated their task of ensuring automatic qualification to next year’s World Cup in Russia after falling to a dramatic 2-1 defeat in Sweden on Saturday.

Sweden snatched victory with an Ola Toivonen goal from the half-way line in extra time after a poor clearance from France goalkeeper Hugo Lloris.

The freak goal sent the massed ranks of yellow clad fans in Stockholm into a wild frenzy, but more importantly with four games to go it sent Sweden top of Group A, level on 13 points with France.

Only the winners of each group are guaranteed a place at next year’s finals in Russia, with the eight best second-placed sides competing in the play-offs.

The French will now play a crucial tie on August 31 against the Netherlands, who remain in the running after thrashing Luxembourg 5-0, while Cristiano Ronaldo led Portugal’s 3-0 triumph in Latvia.

France had pulled ahead through Arsenal striker Olivier Giroud after 37 minutes, but the Scandinavians levelled before the break thanks to Jimmy Durmaz (43).

And after more than three minutes of regular time Toivonen took advantage of a poor clearance from France captain Lloris with a soaring shot into the back of an empty net.

“It was a catastrophic scenario,” said coach Didier Deschamps, a World Cup winner in 1998 as a player with France.

“I’m not going to heap blame on Hugo, he has often been decisive for us, but it cost us.”

The coach added that “the draw was not the ideal result but would have been a good point, which would have allowed us to keep Sweden behind”.

For Deschamps’s side it was the first defeat in qualifying and they next face a tough test against the Netherlands in Paris.

In the second half Georginio Wijnaldum (62) and Quincy Promes (70) scored with Vincent Janssen, adding a penalty six minutes from time.

“We have the means to cause a surprise in Paris, the group has found a positive dynamic, we will go there to win against the Bleus,” said a defiant Robben.

Advocaat, who started his third stint as Oranje coach this week, was also confident.

“Of course we are capable of winning in France, the players will be ready, I have a good feeling,” he said.

In Group B, Switzerland remain top after beating the Faroe Islands 2-0, thanks to their stars Granit Shaka (36) and Xerdan Shaqiri (59), and are three points ahead of Portugal, the reigning European champions, who beat Latvia thanks to another Ronaldo goal scoring display.

In keeping with his great season finale, the Real Madrid star was decisive with two goals (41 and 63) and an assist for André Silva to score the third (67).

Ronaldo has scored 18 goals in his last eleven matches and after guiding Real Madrid to the Liga-Champions League double will try to extend his trophy collection with the Confederations Cup from June 17 to July 2.

The surprise result of the group was the defeat of Hungary against modest Andorra (1-0), leaving the Central European side virtually outside the World Cup.

Switzerland and Portugal will play the first place of the group, which qualifies directly for Russia-2018, and the second will have settle for a playoff.

In group H, Belgium took a big step towards qualifying by beating Estonia 2-0 with goals from Dries Mertens (31) and Nacer Chadli (86). Bosnia and Greece, the two teams pursuing Belgium, played out a goalless draw. – Agence France-Presse