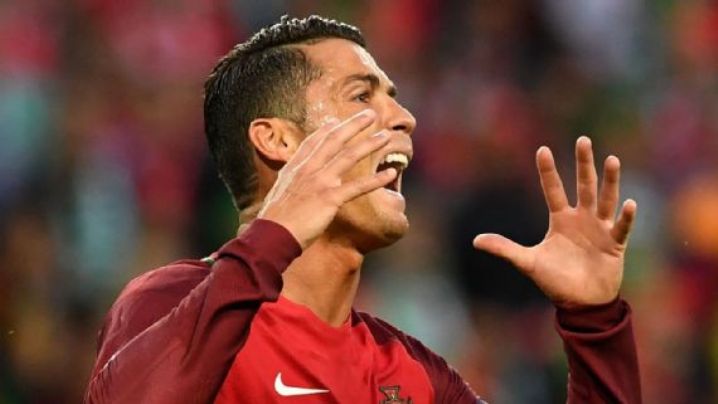 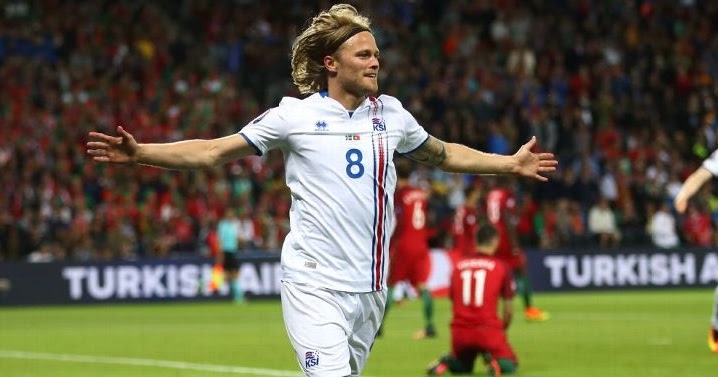 Cristiano Ronaldo slammed minnows Iceland for proverbially ‘parking the bus’ in front of their goal as the north Atlantic Islanders held Group F favourites Portugal to a 1-1 draw.

Real Madrid ace Ronaldo had ten of Portugal’s 24 shots on goal in Saint Etienne on Tuesday, but failed to become the first man to score in four European Championships.

The 31-year-old equalled Luis Figo’s record number of caps with both the Portugal legends now on 127 appearances.

But Ronaldo stormed off after the final whistle, clearly frustrated by his own failure in front of goal, while Iceland scored by converting one of only four chances.

“It was difficult over the 90 minutes, because they scored one goal and that was after they had put every player behind the ball,” fumed Ronaldo.

“We tried our best, we created many chances and kept the ball.

“It’s why I think they will do nothing here. In my opinion, it’s a small mentality.

“It’s difficult when Portugal tries to win the game and the other team doesn’t.”

Portugal are now under pressure in their second game against Austria, who earlier lost their opening match 2-0 to Hungary in the other pool match in Bordeaux.

But Ronaldo is confident of victory in Paris on Saturday.

“It’s a little bit of frustration for us, but this is just the beginning, we’re not worried about that,” said the former Manchester United star.

“If you look at Spain and France, they are strong teams in the tournament and they had difficulties winning their first game.

“It was tough, but we are 100 percent confident we’re going to win the next game.”

Ronaldo was not the only Portugal forward to feel the effects of a lack of finishing.

“We had enough chances, but we couldn’t score another one,” added Nani, who also used to grace Old Trafford.

“It’s only the first game and we have to win our next two games.

“We were on top, we were the better team and we played the better football, but Iceland are a good team and played a lot of long balls, which caused us problems. That’s football.

“We’ve shown we are a good team, but this was the first game, there was a lot of anxiety. I think we will relax more from now, but we have to score more.”

“Nani’s header was blocked by their goalkeeper, who still doesn’t know how he did it, that’s football,” said the Portugal manager

“We could have done better in defending the cross which led for their goal, but this was the first game, there were a few nerves and we need to play better for the next two games.” – Agence France-Presse