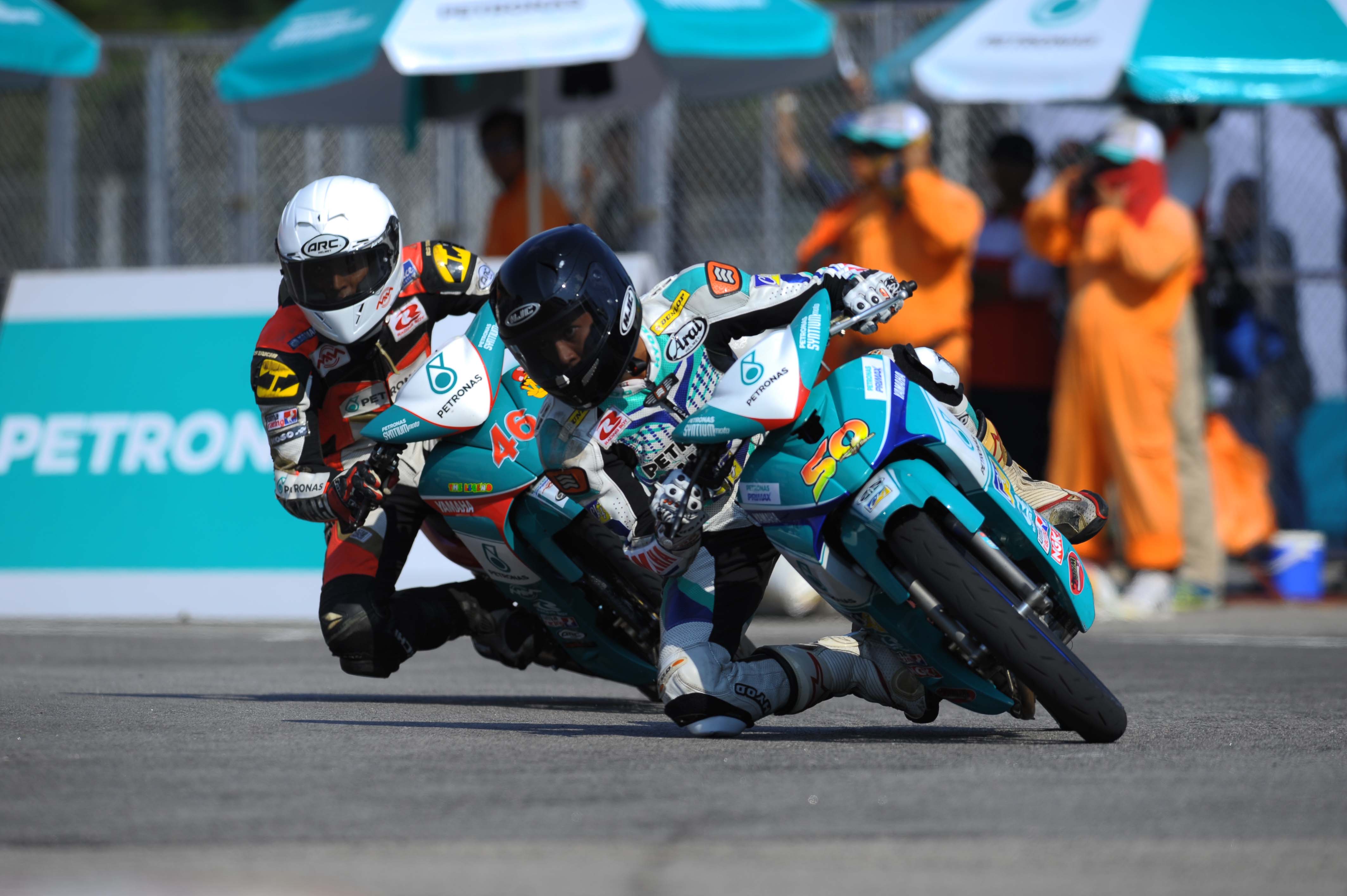 Round Two of the PETRONAS AAM Malaysian Cub Prix Championship took an unexpected turn as rookie, Ahmad Afif Amran outclassed usual suspects to earn his career’s first CP130 victory while poleman, Mohd Zaqhwan Zaidi fumbled out of the race due to a faulty engine at Stadium Sultan Ibrahim in Muar, Johor.

The PETRONAS Yamaha-CKJ rider nicked away the chequered flag from senior, Ahmad Fazli Sham in the final moments of the race, wrapping up the gruelling 18-lap challenge with 12’28.798s.

“Today is a very special day. Not only did I manage to win my first CP130 race but also I have my PETRONAS teammates with me by my side. I can’t recall the last time PETRONAS riders bagged all three podium spots,” said an overjoyed Afif.

In a dramatic race, Affendi zoomed into the holeshot as soon as the lights went out but he could not withstand Zaqhwan’s brutal pace and was overtaken by his young rival by the second lap.

For a moment it seem as though Zaqhwan could sustain his lead but luck ran out on the Givi Honda Yuzy Racing rider as his engine blew out in the fourth lap, taking out Mohd Haiekal Akmal Zakaria and Mohd Emir Firdaus Hasan in the process, putting Affendi back in the lead.

However, Affendi who was caught up in heavy smoke behind Zaqhwan lost focus and fell out of pace. This was when Fazli Sham and Afif took control of the race and the rest was history.

“To be frank, I did not expect to win this race because I had a really bad start. But when Zaqhwan blew his engine and took down two other riders, I suddenly found myself with the front group. There onwards I kept a consistent pace and surpassed Fazli at the second last turn and went straight for the finish line,” he said. 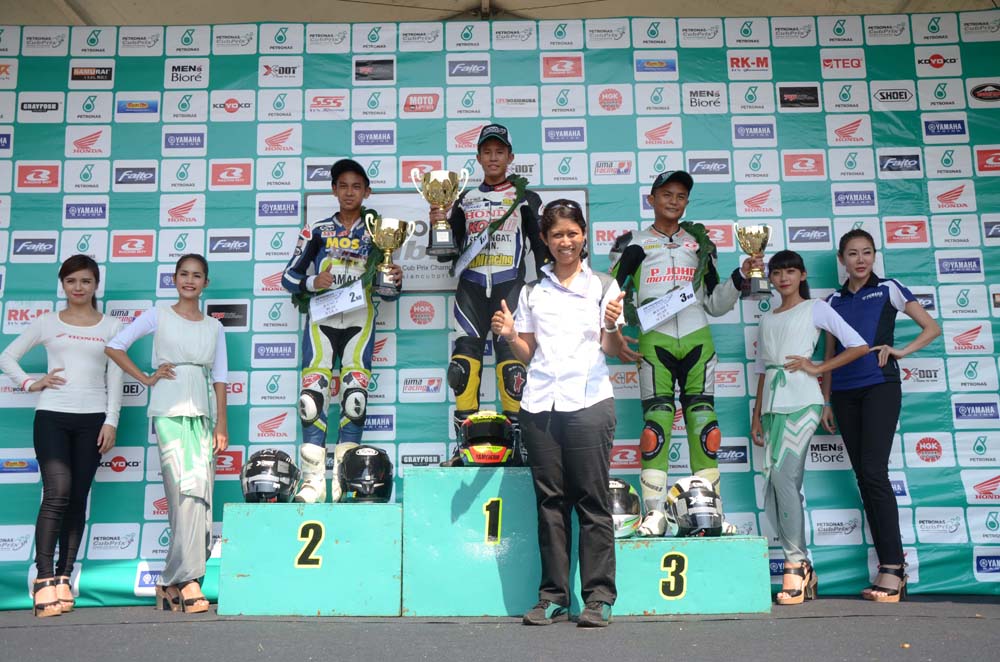 In the first half of the 15 lap race, it looks as though the all-red outfit would sweep the podium clean with Mohd Izzat Zaidi Salehan in third but the 18-year old failed to hold off a very aggressive Mohd Amirul Ariff Musa who overtook him with seven laps remaining.

“This is our second time taking home a one-two finish for YY Pang this season and we are very happy with this achievement. A lot of the credit goes out to the team engineers and of course our manager, YY Pang,” said Tengku Amirul.

The 18-year old went on to add, “My mind was bent about winning the race but Zaidy was very strong and I could only tail him for most parts of the race. If not for the slip up he had at turn one, I highly doubt I could win,” he added.

Picking up 25 points from this race, Tengku Amirul now leads the overall standings with 45 points followed by Izzat second and Zaidy third, 36 points and 33 points respectively.

Khairul Idham completed the 12-lap race within 8’36.147s while Team Mos Track Pro Yamaha Racing’s Ikhwan who was forced to play catch up stopped the clock at 8’40.114s.

Despite coming in second, Khairul Ikhwan remains in control of the WIRA overall standings with 45 points, four points ahead of Khairul Idham while Harith Farhan Baharin who finished seven sits in third with 29 points.