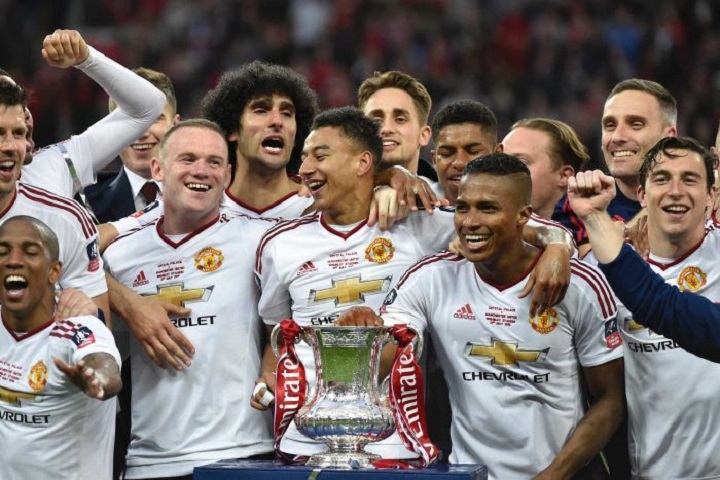 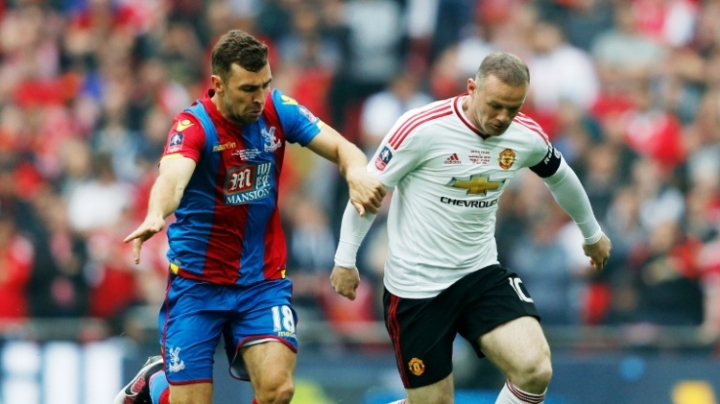 Wayne Rooney hailed 10-man Manchester United’s dramatic 2-1 victory over Crystal Palace in the FA Cup final as a special moment in his career as the England star ended his long wait to win the competition.

Rooney had been on the losing side in both of his previous FA Cup final appearances for United, but he erased the painful memories of those defeats to Arsenal in 2005 and Chelsea in 2007 with a dominant display in his new role as a midfield playmaker.

With Louis van Gaal’s side trailing 1-0 after Jason Puncheon’s 78th minute strike at Wembley on Saturday, it was United captain Rooney who came to his team’s rescue with a superb surge past a host of Palace defenders before he lofted a fine cross that led to Juan Mata’s 81st minute equaliser.

Even when United were reduced to 10 men following Chris Smalling’s extra-time dismissal, Rooney kept dictating play and no-one deserved to celebrate more than the 30-year-old when Jesse Lingard smashed the 110th minute winner.

“I’m delighted. It’s a special moment. It’s a competition I have loved watching as a fan growing up, I’ve been to two finals and lost, so I will enjoy it tonight for sure,” Rooney said.

After 14 seasons in the game, Rooney has the last major club honour to elude him following his victories in the Premier League, Champions League and League Cup.

It was United’s first FA Cup triumph since 2004 — which came just a few months before Rooney arrived from Everton — and their 12th in total, drawing them level with Arsenal as the joint most successful club in the competition’s history.

Rooney acknowledged the Cup victory was a much-needed morale boost for United, who have endured a troubled campaign marred by constant criticism of van Gaal amid their failure to qualify for the Champions League.

The England captain also praised the work-rate of his team-mates, who kept pushing for a winner after Smalling’s dismissal.

“Look at the fans, winning trophies lifts football clubs. The fans have had a tough two years but hopefully they will enjoy tonight,” Rooney added.

“Credit to Crystal Palace, they’ve had a tough end to the season, but we worked really hard and our determination has got us through. “

The 23-year-old forward has struggled to cement a place in the first team, going out on loan four times between 2012 and 2015, and was overshadowed by team-mate Marcus Rashford’s meteoric rise this term.

But, after coming on as a late substitute, Lingard’s first goal since February showed van Gaal he deserved consideration for a greater role next season.

“I saw it come across and it landed nicely for me, all I had to do was hit it sweet and luckily I did that,” Lingard said.

“As a sub you always have to be ready. Thankfully I was.” – Agence France-Presse