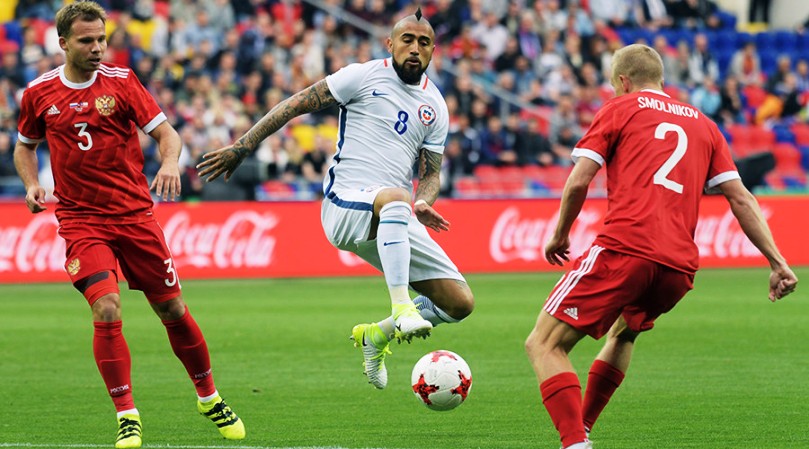 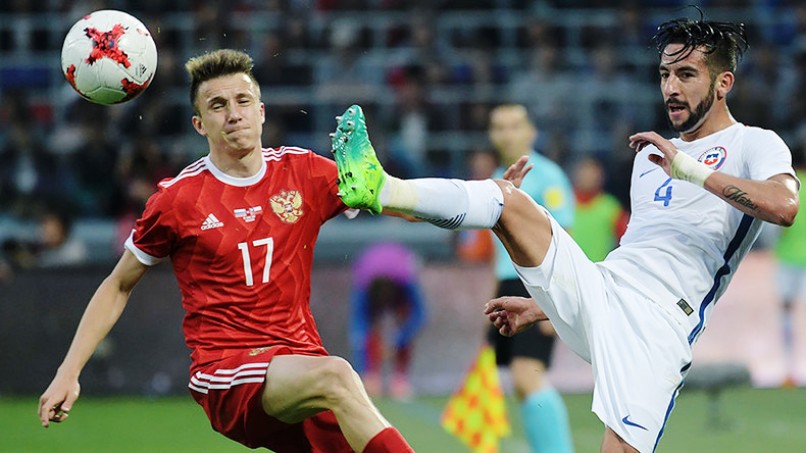 Confederations Cup hosts Russia and Copa America holders Chile played out a 1-1 draw here on Friday in a first ever meeting between the sides in the post-Soviet era.

Mauricio Isla of Cagliari was on target for the South Americans, while CSKA Moscow full back Viktor Vasin fired his side level.

“We dominated the play in the first half but Russia played very well in defence,” Chile manager Juan Antonio Pizzi said.

“After the break Alexis Sanchez diversified our play and that helped us to score. But our rivals levelled and I think the draw looks the most logical result.”

Russia started in a lively fashion looking for an early opener but the attempts of Spartak Moscow midfielders Denis Glushakov and Dmitri Kombarov lacked accuracy.

Chile replied positively and Isla forced Russia’s goalie Igor Akinfeev into a diving save in the 13th minute.

Arturo Vidal sent the ball home with a header with six minutes remaining before the break but his goal was ruled off as the Bayern midfielder had fouled Fedor Kudryashov just before scoring.

In the 56th minute second-half substitute Sanchez of Arsenal chipped the ball into the area to the unmarked Isla and he kept his cool to send it into the bottom left corner.

Russia poured forward in attack seeking an equaliser and Vasin pulled the scores level 11 minutes later with an eight-yard header off a well-served corner by Kombarov.

Herrera also have to produce an impressive diving save with five minutes to go to deny an overhead attempt by Glushakov from 12 yards out.

“It was a very difficult game. And I thanked my men for their performance today. Hopefully, we will manage to boost our play before the Confed Cup start.”

Russia, who are in Confederations Cup Group A, will face New Zealand, European champions Portugal and Mexico, while Chile will clash with World Cup holders Germany, Australia and Cameroon in Group B.