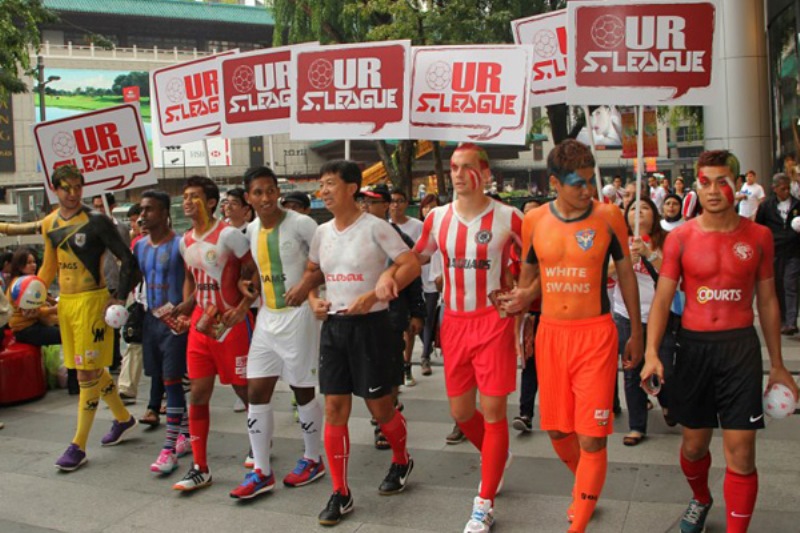 BOLD plans were introduced this week to give the failing S-League a badly needed shot-in-the-arm for the 23rd season, which starts late in March next year.

The biggest washouts in recent years have been disappointing crowd attendances and instead of offering a more entertaining curtain-raiser, with an attractive cast of regional and local players, the strange focus, if not gamble, is now on youth.

Football Association of Singapore (FAS) deputy president Bernard Tan, after a meeting the  S-League club chairmen on Tuesday, said that the most significant change is insisting that each of the six local clubs (Balestier Khalsa, Geylang International, Home United, Hougang United, Tampines Rovers and Warriors FC) should have at least six players under the age of 23 in their squads. At least three Under-23 players must be in their starting line-ups for S-League games.

“The league will have a large emphasis on developing youth,” Tan says of his new formula, which may well explode on his face. “This will bode well for the future as there will be more younger people playing at a higher level at an earlier stage.”

But the angry rebuffs from fans over entertainment value were not answered with the import quota cut, rather disastrously, from three to two, with one needing to be Under-21 years, with the possibility of naturalising the young import under the Foreign Sports Talent scheme. 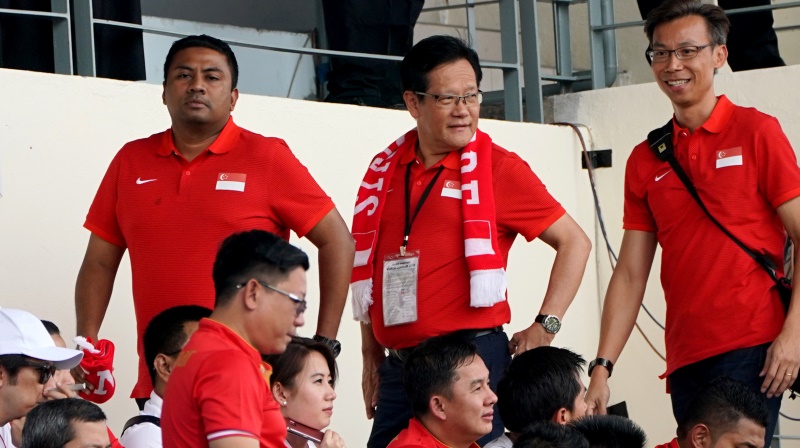 WHERE THE STAR PLAYERS?

“Every Asean country is seriously attracting good foreign players to come but FAS is doing the reverse,” says technician Richard Leong, 35, from Pasir Ris. “How, where, what and why will the fans come to the stadium if there isn’t much talented flair in the clubs. Worse still, a queue of senior Lions is now making their way across the Causeway because of better carrots in the Malaysian League!”

Schoolteacher Jayamani Santhan, 39, from Bukit Batok says the emphasis on more youth will turn out to be the “biggest setback”. She asks: “Who will come and see little lads play. I will give chance if there’s hope for change but if the younger players can’t string four or five passes and if the imports don’t excite the fans on a regular basis, why should I pay for about two hours of boredom?”

Electrician Jalil Saini, 26, from Potong Pasir, adds: “We want football actors, experienced and talented, who can attract the crowds. Who will pay good money if there’s no serious entertainment value over 90 minutes? I’m anticipating another S-League flop! It surely is one of the biggest letdowns in terms of drawing the fans to support the S-League.”

A later start to the 2018 season to late March, compared to February starts in previous seasons, has not been welcomed and it will end in late October to allow the national team sufficient time to prepare for November’s Asean Football Federation (AFF) Suzuki Cup.

“If you want to fire up football, you must do it early, in February,” says police officer Ismail Ranting, 43. “But when FAS exposes their plans so very late in December, it just goes to show very poor pre-season planning, even after 23 years of professional football, which is not surprising for the continuing defunct administrative mood at the Jalan Besar Stadium headquarters.”

There isn’t any refreshing newcomers, even in terms of big-name foreigners, to light up the new season. The nine clubs that played this year will continue to participate in next season’s league.

BASHED UP YOUNG LIONS TO PLAY

The Garena Young Lions, essentially the FAS’ developmental team, who were routed in majority of the S-League matches, will remain for at least two more campaigns to prepare for the 2019 SEA Games and 2020 Olympic qualification.

“Where’s the new flavour in the new season?” asks university undergraduate Simon Low, 22. “If the new FAS wants to give it a fiery sparkle, this latest announcement is a major flop. Same old faces from last season means same old flops, too. My friends and I are very disappointed.”

Several clubs and senior players have also voiced concern over the controversial FAS proposal that each local team – except the Garena Young Lions – need to have at least six local Under-23 players and at least nine local players aged 24 to 30.

The number varies depending on the size of the squad but a 25-man squad (the maximum) will need to have nine local U-23 players and 10 local players aged 24 to 30. This leaves room for just two to four players above 30 per team.

Former Singapore winger Ridhuan Muhammad, who has 68 caps and turns 34 next May, disagreed with the new ruling. He says: “Football shouldn’t be about age. You need younger players but you can’t just deprive the seniors from playing because of their age. Younger players should be promoted but they should not have a free pass into the team. In any case, our career spans are already short and not so lucrative here. The young ones may see this age cap and be discouraged into making football their profession.”

Even the foreign players voiced their frustration. Geylang International’s Costa Rican Victor Coto hit the nail on the head: “I’m happy that young Singaporeans will get a chance to play but it’s a contradiction for me because this news is something that affects the chances of me staying here and it affects me – especially since I’ve loved it here. It is quite unfair that it has come down to December when they make the announcements.”

In a desperate boost to increase the fitness level of players, the FAS says it will introduce the yo-yo test to replace the 2.4km run. The yo-yo test is a multi-stage shuttle run that gauges anaerobic fitness, which is more relevant to a footballer.

More disappointments for longer-tern enhancement of professional football: The promotion and relegation between the professional S-League and the two amateur National Football League (NFL) divisions, which was anticipated to be introduced, has been put on hold.

“Where will we ever have a decent pro league with the lousy teams going down and new refreshing clubs given the chance,” asks engineer Sutwant Singh, 34, from Tanglin Halt. “No promotion, relegation is very dangerous, very amateurish and looks like we’re going to the Stone Ages!

“I get the feeling that the FAS have a can’t-be-bothered attitude to professional football. They are just going through the motion, year in and year out, dishing the same old stale stuff and expecting the fans to come and support the S-League. Please don’t take the football fraternity for a ride again!” 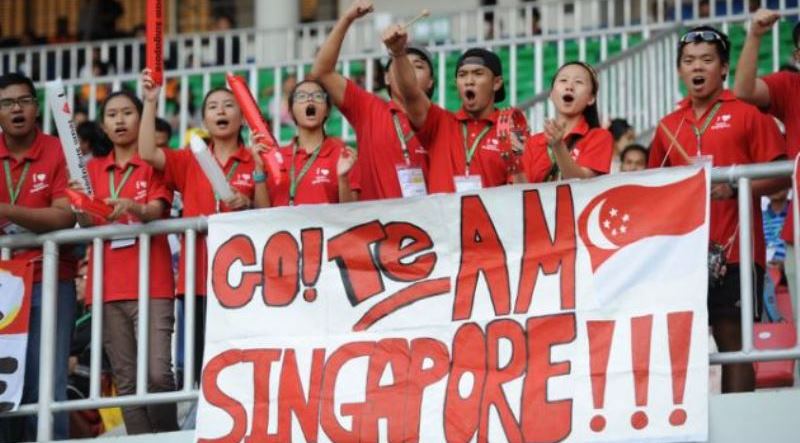 But Hougang United coach Philippe Aw, who is one of the few S-League coaches to encourage more young players, noted the setbacks to the early FAS plans, such as what happens when teams have fewer than three U-23 players due to injury or suspension. Or when a young player starts but he is substituted within 15 minutes.

“Where our football is now, we have to ensure younger players are playing and improving, and we need everyone’s understanding and cooperation,” he says. “We have to do something serious that benefits Singapore football and the national team in the long term.”

Another criteria the FAS should have added, says communications manager Low Meng Swee, 41, from Woodlands New Town, is for “more FAS council members to come and watch the big matches”.

“From the (FAS President) Lim Kia Tong to (Deputy President) Bernard Tan to the FAS Council Members, they must be seen at the matches, otherwise how can you ask family fans to support, when you don’t show up for the matches,” he says.

“It just shows that you find it boring, too, and have no confidence in the S-League. This sorry mindset must change and we want to see more FAS Council members seriously showing their faces at S-League and NFL matches.”

The risks the new FAS management are taking for the new season are probably worse than a casino’s odds.

Former national player Aleksandar Duric, the oldest former international in the world who played until he was in his mid-40s, cautioned against expecting an immediate impact on the ailing S-League, which has seriously suffered from dwindling attendances in recent years.

He says: “I don’t think the changes will instantly revive the S-League in the first year as many people are still doubtful. But it is good that the FAS sees the need for changes, and it is up to everyone involved to make it bigger and better in the next few years.”

But FAS President Lim is prepared for the big gamble on the younger generation. He says: “A broader base of youth talent – the goal of FAS’ youth development strategies – is the longer-term answer. We must boldly provide the Under-23s with the opportunity and the platform.

“If they are not on their toes, another maybe six Under-23s will fill in the gap. It all boils down to the attitude and character of the younger players to give Singapore football a real kick it deserves now.” 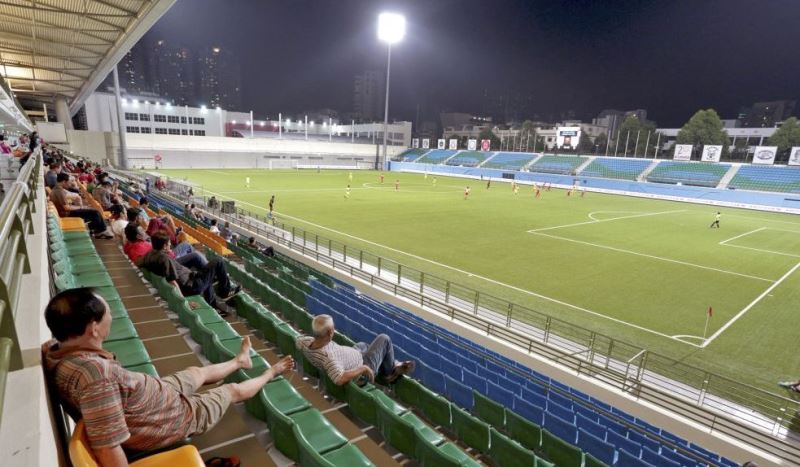 In the final analysis, you cannot bluff the die-hard fans. I sincerely fear the S-League 2018 season will sadly herald poor outcomes.

I wish the new FAS proves me wrong as the failing S-League very badly needs a major entertainment-infusion and a serious shot-in-the-arm for the 23rd season.

The biggest challenge will be in biggest washouts in addressing the disappointing crowd attendances. Logically, it simply means to offer a more entertaining show, with a bubbly cast of regional and local players.

The potential crowds will draw the commercial sponsorship, which would then provide a valuable lifeline for the the quicksand-struggling S-League. The latest FAS proposals, darw I say, is not attractive enough for clubs to persuade businesses to dip into their pockets.

“Even a smart primary school lad will tell you more sponsors equate to more income for the clubs,” says grassroots leader Vincent Selvaraj, 45, of Opera Estate. “Money is everything. From employing good quality coaches, training facilities and equipment, as well as better insurance and medical benefits. We’re crying out for good sponsors to believe in Singapote football.”

Most S-League clubs struggle to operate on an annual budget of between S$1 million to S$1.6 million, which is very average to what the other Asean professional clubs in Thailand, Malaysia and Indonesia fork out.

“The current climate is already weak for sponsorship. With the looming poor economy on the horizon, corporates are cutting budgets in marketing and sponsorships,” says insurance manager Peter Hendricks, 41, of Holland Road. “This latest FAS announcement is a serious damp setback, which will get sponsors to go for other sports and get value for money.”

Whether or not the S.League can grow or even survive in the long run may ultimately depend on how many companies see value in spending marketing dollars on the local game.

Yes, good formula to focus now on youth, with is definitely a serious, if not dangerous, short-term gamble the FAS cannot afford.

Remember: Everybody loves only winners.

I can only shake my head that Team Singapore is now tied on 170th with Nepal, Cuba and Cambodia on 98 points. Shame isn’t it when you compare to terrorist-troubled Philippines, which is the highest ranked South-east Asian nation at No 118, followed by Vietnam (125), Thailand (132) and Indonesia (154).

Singapore football, at a world-ranking of 170, out of 211 countries, is simply now a very sorry statistic. Just 14 years ago, the Lions held their heads high at No 87. – SURESH NAIR.