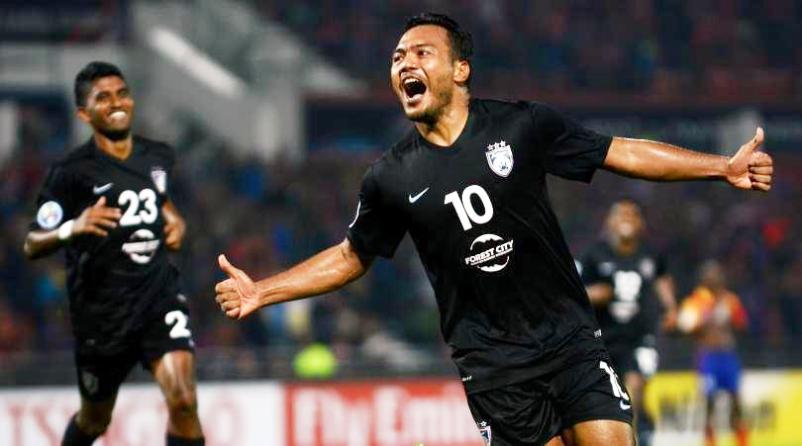 They scored and warmed the heart of PKNS FC chief coach E. Elavarasan as newly promoted PKNS FC battled to a 2-2 draw against Premier League’s Sabah at the Likas Stadium in Kota Kinabalu on Saturday.

Safee netted the equaliser in the 55th minute after Jonathan Behe (31st) made it 1-1 for Sabah when he wiped out Espindola’s opening goal for PKNS in the 27th minute. Rahman Shah Marajeh put Sabah 2-1 in front just before the halftime whistle.

Still, Elavarasan is cautious as his “new look” team will need time to settle down and gel as a unit after several other big names in the team, including Juan Cobelli, left for greener pastures.

“The show must go on. It will be a totally different ball game in the Super League. We will be up against the big names in the elite league and we need time to get used the big league atmosphere,” said Elavarasan.

“Things are falling nicely and I have faith in Safee and Lucas to be key players in the team this season. It will be tough but we will make the best out of the team. I have quality players at my disposal and there is enough motivation for PKNS to do well.”

Elavarasan is quick to admit that “off field” problems faced by the team were well handled by the players who showed the “professionalism” that was needed in letting the management when the club’s participation in the M-League was in jeopardy after the Selangor FA (FAS) did not give the endorsement for the team to compete.

“It is the beginning of a new journey for us. Playing in the Super League brings new challenges and we should be ready for that.”

PKNS, face a tough away match against seasoned Super League outfit Felda United at the Tun Razak Stadium in Jengka – and on artificial turf. The game will be played this Saturday.