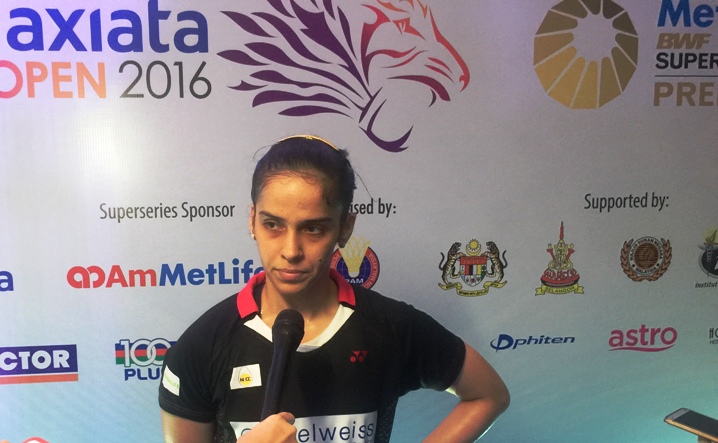 Former world number one Saina Nehwal is a brand name in badminton in India and best known woman shuttler in the country,

The former world junior champions (2008) is also India’s best bet to win India’s first ever Olympics badminton gold in Rio de Janeiro to add to the bronze medal she won at the last Olympics in London in 2012.

But the Indian believes that she will need to be at her best in Rio to win the gold as she has a tough draw.

In the preliminary rounds Nehwal is in Group G and has Ukraine’s Maria Ulitina and Brazil’s Lohaynny Vicente for company.

Nehwal, a silver medallist at the last World Championships in Jakarta in August last year, is not rattled by the many hurdles she has to clear to strike gold in Rio.

The Indian Olympic Association (IOA) announced added incentives for the Indian athletes if they win medals in Rio.

A gold medal is worth Rs 50 lakhs, silver Rs 30 lakhs while a bronze will get Rs 20 lakhs.

The coaches have not been left out of the incentives with the coach receiving of half of the amount. Which means if the athlete wins a gold and get Rs 50 lakhs the coach will be rewarded with Rs 25 lakhs.

IOA president N. Ramachandran announced the incentives in Rio on the eve of the official opening of the games after meeting the managers and coaches of the Indian teams.

This is Nehwal’s third Olympics and winning the Australian Open Superseries Premier in Sydney earlier this year has given her the much needed boost for her Rio Olympics campaign.

An Achilles injury end of last year nearly put paid to Nehwal’s Olympics dreams in Rio. Before the injury Nehwal won the silver in the World Championships in Jakarta in August – losing 16-21, 19-21 to Carolina Marin in the final.

Her bronze effort at the London Olympics came after China’s Wang Xin retired with injury after winning the first set.