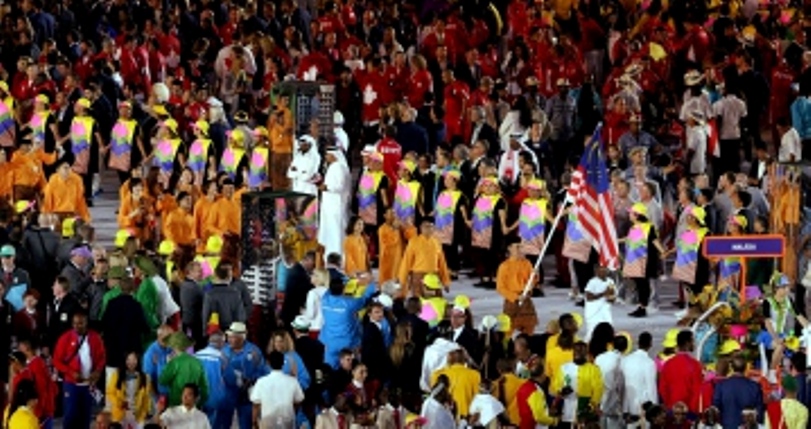 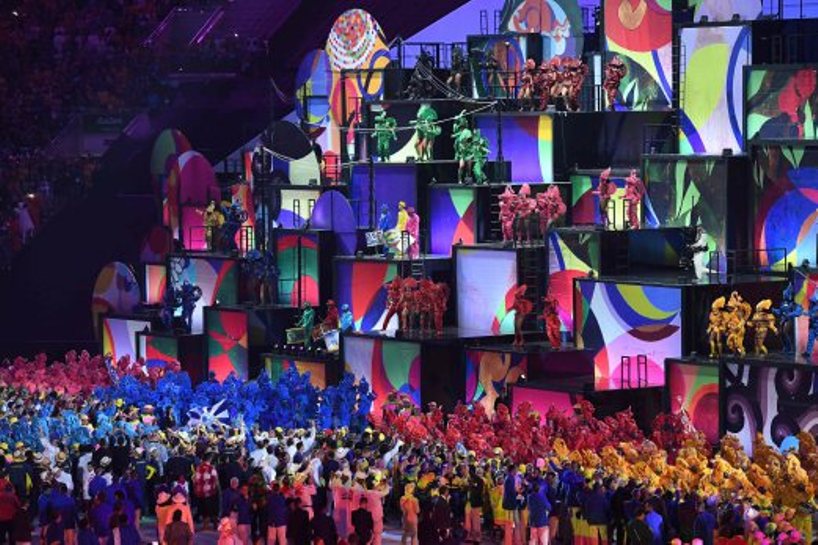 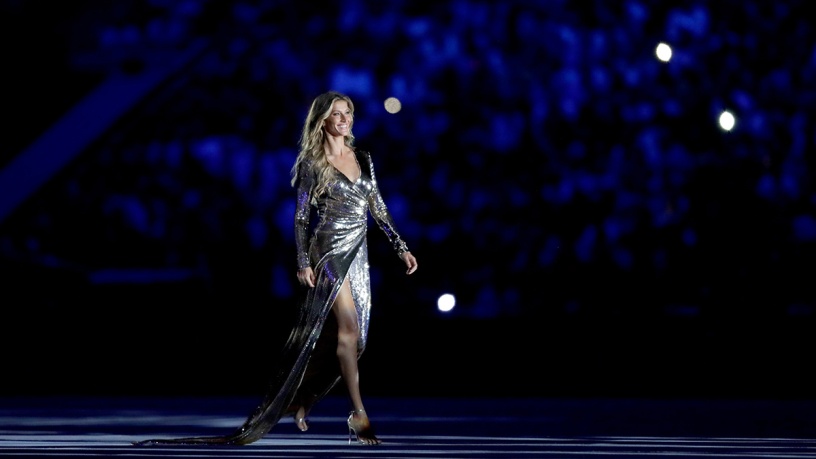 The Rio Games launched with a flamboyant spectacle headlined by supermodel Gisele Bundchen on Friday as a doom-laden Olympic build-up gave way to an energetic party atmosphere at the fabled Maracana stadium.

Marathon runner Vanderlei Cordeiro lit the cauldron after an exuberant show of Brazilian cultural touchstones and breathtaking pyrotechnics — and a compulsory burst of samba.

Cordeiro was a left-field but touching choice after he was famously attacked by a spectator while leading the 2004 Athens Olympics marathon late in the race.

Temer took over when impeachment proceedings started against President Dilma Rousseff, whose supporters accuse him of plotting against the suspended leader.

Despite the resentful undercurrent, and protests against the Games just hours earlier, spirits were high among the thousands of athletes, performers, fans and officials at the 78,000-capacity Maracana.

“The Olympic dream is now a wonderful reality. The best place in the world is here and now,” said organising committee chief Carlos Nuzman, to rapturous applause.

Brazilian singer Paulinho da Viola sang the national anthem to set off the show of laser lights and elaborate dances highlighting Brazil’s history and rise as an emerging power.

Brazil’s Gisele Bundchen strutted across the arena to the iconic “Girl From Ipanema” before Greece, home of the ancient Olympics, led out the colourful athletes’ parade.

More than 10,000 athletes from 207 teams took part, with the biggest cheers reserved for the specially formed refugee team and the joyous Brazilian contingent.

Iran’s flagbearer was wheelchair-bound Zahra Nemati, their first ever female flag-carrier who will compete in archery despite being paralysed in both legs.

Each athlete was presented with a seed and a cartridge of soil to enable them to plant a native tree of Brazil, which will ultimately form an “Athletes Forest” made up of 207 different species — one for each delegation. 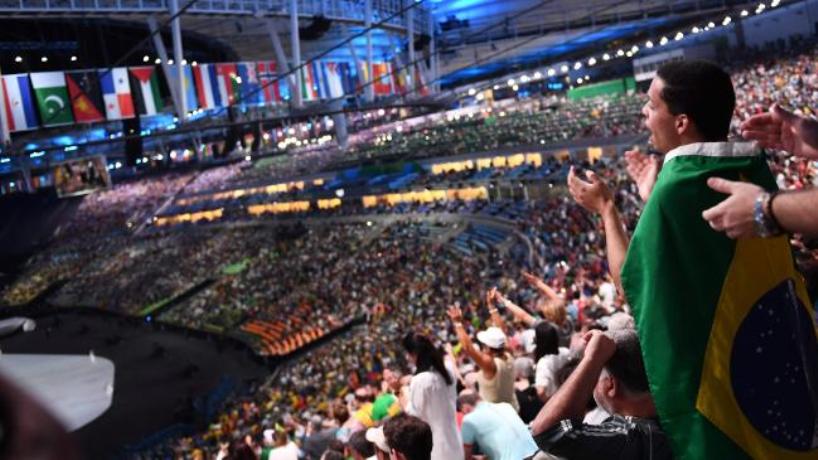 “This first ever Olympic Games in South America will go from Brazil to the entire world.”

Indigenous tribes and dueling dance groups were among the highlights of a show low on technology but high on invention.

But the overwhelming theme of the evening was protection of the environment.

An early opening sequence depicted the birth of life, culminating in the sprouting of a green entanglement of leaves from the stadium floor depicting the Amazon rainforest.

Indigenous Brazilians then performed native dances before creating huge “Ocas” or native huts in the center of the stage.

The celebratory atmosphere followed fresh protests earlier when about 3,000 people with placards saying “No to the Olympics!” gathered outside a luxury hotel where many athletes are staying.

Brazil has spent more than $10 billion on new infrastructure and preparing for the Games at a time of economic crisis.

The billions lavished on the Games has angered many Brazilians as the country grapples with a tanking economy and mass social problems.

Friday’s ceremony lifts the curtain on a more than two-week sporting festival featuring superstars like Michael Phelps and Usain Bolt, as well as thousands more who will compete for 2,102 medals until August 21.

The first gold medal will be awarded on Saturday in shooting and all eyes will be on American swimming star Phelps, the most decorated Olympian in history, when he returns to the pool in the first week.

Track and field will see Jamaica’s Bolt aim to defend his 100m, 200m and 4x100m crowns by clinching all three for the third straight Games.

Gymnastics, meanwhile, could unearth a new heroine in America’s teenage star Simone Biles, while rugby and golf return to the Olympic programme after gaps of 92 years and 112 years respectively. – Agence France-Presse