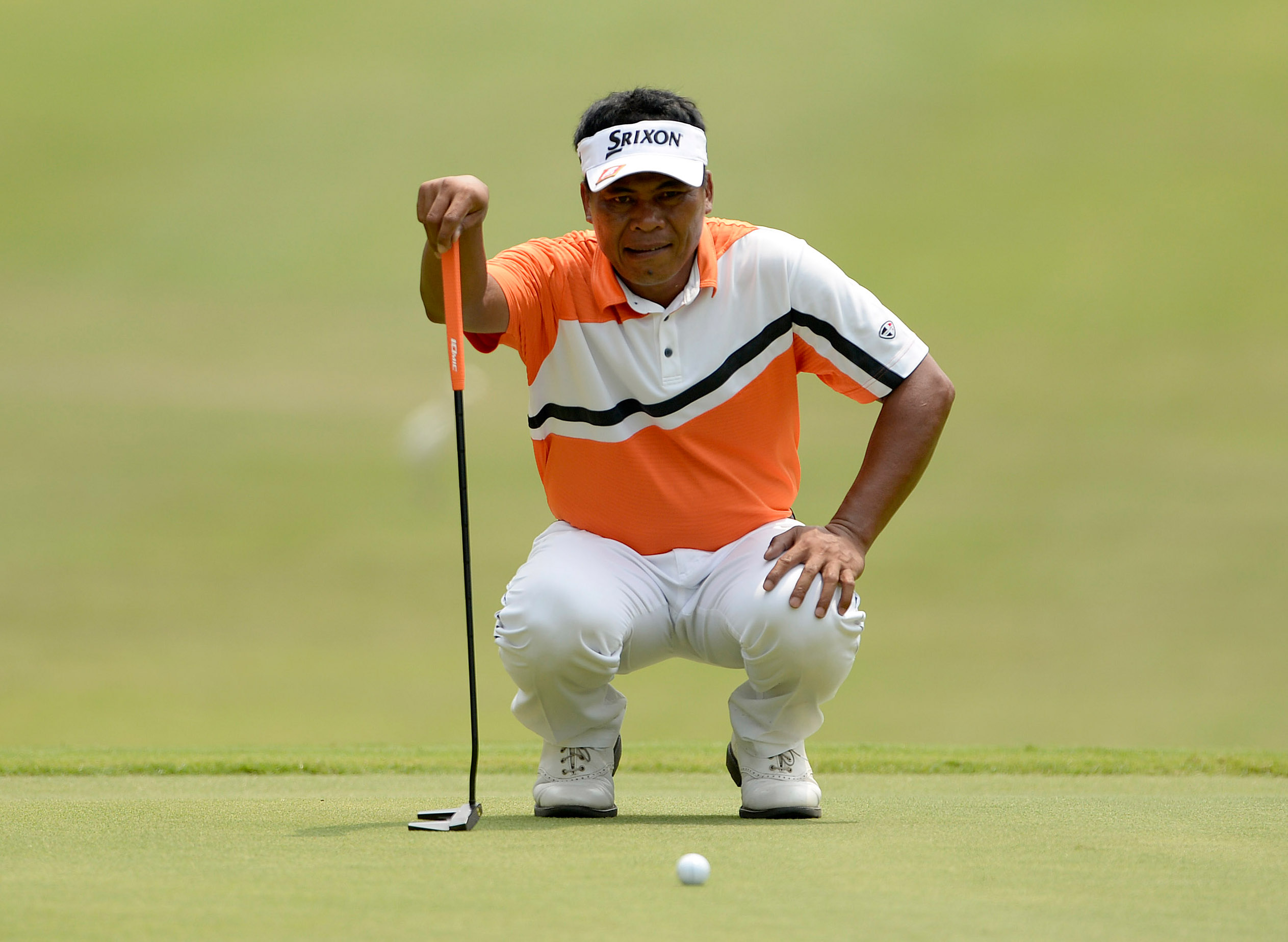 The 45-year-old registered seven birdies against one bogey to lead by one shot from three-time Asian Tour winner Marcus Both of Australia, Lien Lu-sen of Chinese Taipei and Thailand’s Prom Meesawat at the Linkou International Golf and Country Club.

The flamboyant Angelo Que of the Philippines produced the shot of the day when he aced the par-three fifth hole with a seven iron to share fifth place alongside countryman Antonio Lascuna, Malaysia’s Danny Chia and Hsu Hao-sheng of Chinese Taipei.

Defending champion Thaworn Wiratchant stayed within sight of the leader following a 70.

Salvador found only seven fairways in regulation play but had a hot putter to thank as he negotiated his way around the tricky greens in 24 putts, which included three 20-feet birdie putts on seven, 15 and 17.

Playing in his fifth season on the Asian Tour, Salvador is searching for his first Asian Tour triumph after losing in two play-offs at the 2012 Handa Faldo Cambodian Classic and 2011 ISPS Handa Singapore Classic.

“I haven’t been hitting it well with my driver and I do not know why. My only bogey was on the 18 and that was because of a bad drive,” Salvador lamented. “I haven’t been playing well this season because of my driver. Hopefully I can get a good score this week to turn things around.”

A relaxed Prom returned with a 67 without playing a practice round and struggled to acclimatize to the steamy weather conditions.

“My body condition is not at its best because I just flew in from Switzerland. I’m struggling with the temperature change. It was six degrees last week and now we are playing in 30 degrees! I had to stay relaxed and that helped,” explained Prom, a one-time Asian Tour winner.

Australia’s Both, who won the ICTSI Philippine Open in May, enjoyed a stress-free round which included five birdies.

“It is nice to be back to a familiar venue. It is a golf course where you can’t take anything for granted.  Fortunately for me, I had one of those rounds of golf which I like because I stayed away from trouble and it was stress free,” smiled Both.

Filipino Que had a day to remember when his first official hole-in-one earned him an Audemars Piguet watch worth 584,000 NT (approximately US$19,000) and 200,000 NT in cash (approximately US$6,500). He also shot two hole-in-ones during the practice round of the 2011 Worldwide Holdings Selangor Masters in Malaysia.

“I jumped for joy when I saw the ball disappear! This is the third hole-in-one I’ve had in my career so far and also my first in a proper professional tournament,” said the delighted Que.

Scores after round 1 of the Yeangder TPC 2014 being played at the par 72, 7125 Yards Linkou International GcC course (a- denotes amateur):