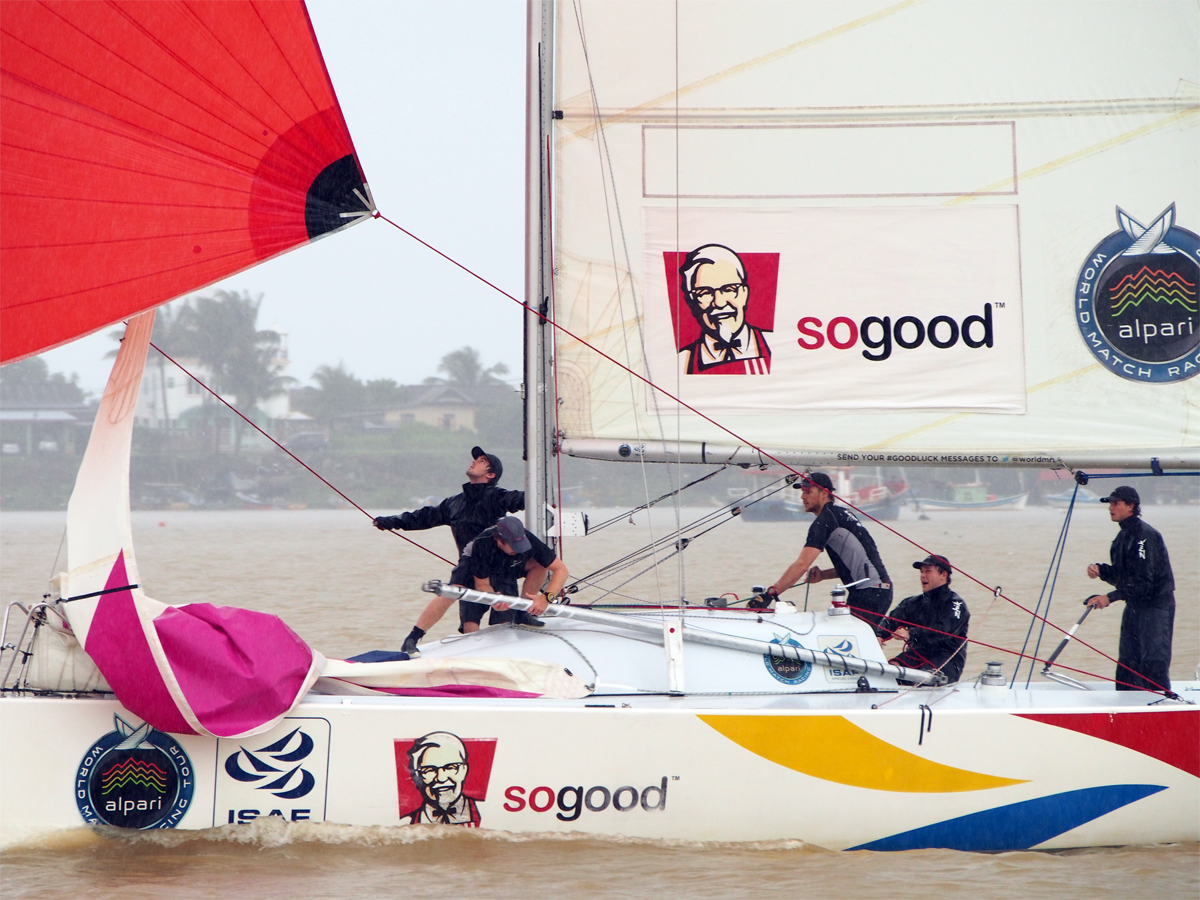 KUALA TERENGGANU – The first day of Monsoon Cup Terengganu ended without a hitch where Australian Sam Gilmour and his Neptune Racing team lead the round-robin standings with a clean sheet after five flights of races.

Mother Nature cooperated to give sailors with ideal conditions where the wind stayed steady at 10 to 15 knots most of the day and receded to about nine knots at Ri-Yaz Heritage Marina Resort & Spa here in Pulau Duyong.

“It was a tricky race course and it all came down to whoever won the start and we did a good job today at the start line so I’m very happy with the team’s performance,” Gilmour said.

“I had a good chat with my dad before we came here and he gave a few pointers about the race course so that has been helpful so far,” added the 21-year old son of match racing legend Datuk Peter Gilmour. He and his team has set a target of competing with the big boys in the Alpari World Match Racing Tour (AWMRT) and the race here is a stepping stone to achieve that aim.

Rounding up the standings are David Chapman of DC Racing with two wins from five, followed by Team Red Dot’s Maximilian Soh, Morten Jakobsen of EM Thailand and 1Malaysia Match Racing Team skipper Hazwan Hazim Dermawan with one win each.

The regatta kicked off in the morning with a boat draw by the eight skippers and they then went on the water for the round-robin stage. Lunch was followed by the opening ceremony, which was officiated by YB Dato’ Mohd Jidin Shafie, Terengganu state executive council member for tourism, information, communications and culture.

Terengganu State Sports Council and the sailing association also took part in the ceremony with a gimmick which included young sailors out on the water in Optimist, Laser and International 420 dinghies. The two agencies will be have a closed tournament for dinghy and windsurfing categories from 23 to 25 November.

Mohd Jidin in his press conference said Terengganu will continue to support the event as well as the programmes for local sailors such as the Liga Layar Malaysia and Belia Belayar.

“We want the Monsoon Cup to continue to benefit the locals, especially the youth, and expose them to the sport of sailing,” said Mohd Jidin.

The round-robin races will resume tomorrow as sailors compete for the final wildcard entry to Monsoon Cup Malaysia, the final leg of the AWMRT in February next year.