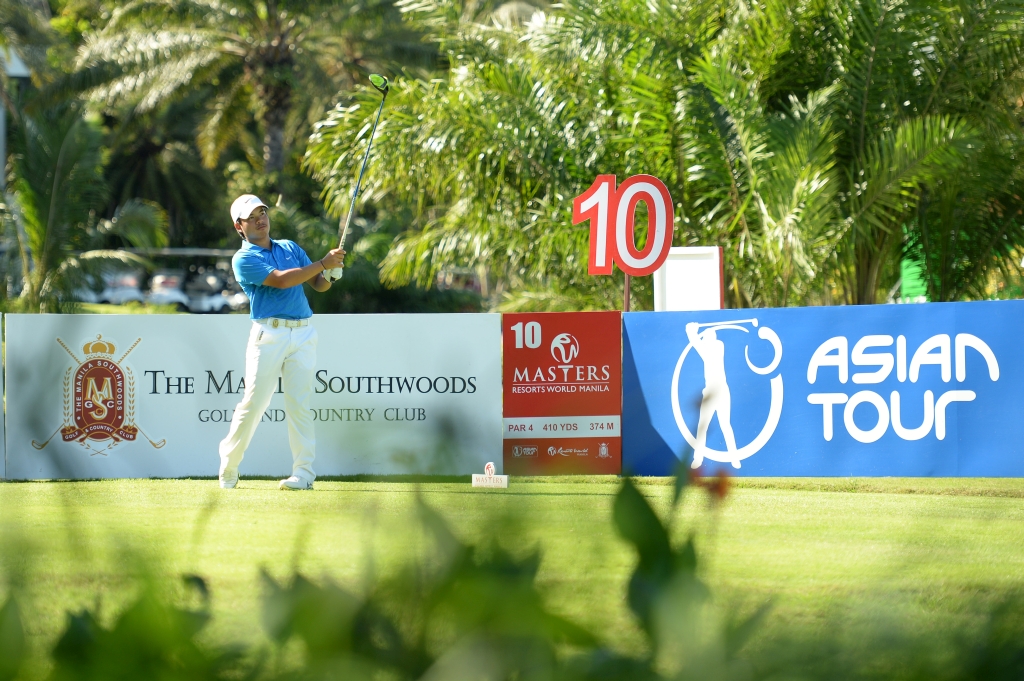 Asia’s prospects Miguel Tabuena of the Philippines and Thailand’s Jazz Janewattanond hope to join the bandwagon of starlets breaking through on the Asian Tour by securing a victory at the US$1 million Resorts World Manila Masters presented by 918.com starting on Thursday.

Tabuena, 20, and the 18-year-old Jazz have been inspired by the success of young winners Rashid Khan of India and Canadian Richard T. Lee and will be shooting for glory at the majestic Manila Southwoods Golf and Country Club.

The slender Khan secured an impressive second victory of the season in Thailand on Sunday while Lee secured his maiden title in the Philippines in April. They will be amongst a star-studded line-up battling for the Resorts World Manila Masters crown, which includes defending champion Liang Wen-chong of China, seven former Asian Tour number ones and 14 of the top-20 players from the Order of Merit.

Tabuena hopes his recent good form will push him to glory at the Resorts World Manila Masters, which is the richest golf tournament in the Philippines.

“I am hoping for all Filipino players to do well. It’s a big week for us. I am hoping to do well too. It’s tough to play on home soil because of all the pressure here but my game’s feeling good. I had a good result last week so I hope to repeat that again,” said Tabuena, who finished tied 15th at the Chiangmai Golf Classic presented by PTT.

Tabuena was beaten in a play-off by Thailand’s Prom Meesawat at the Yeangder Tournament Players Championship in Taipei in September which has helped lock his Asian Tour card for 2015.

“I have already secured my card so I’m playing with less expectation. I was in a bit of struggle last year because I hadn’t kept my card at that time. Hopefully I can get my first victory soon. This is the richest tournament we have in the Philippines and it would mean a lot to win it,” added Tabuena, who sits in 27th place on the Merit list.

Teen titan Jazz, who is a rung above Tabuena on the rankings, said Khan’s composed victory in Thailand has inspired him to succeed as well on the region’s premier Tour.

“I just have to stay patient and not rush into things. I’ve had a pretty good season so far. I am hoping to win one tournament. I will try my best. It’s good to see young players like Rashid and Richard winning on Tour. I think I can do it too. I believe my time will come soon if I keep up with what I’ve been doing,” said Jazz.

After finishing joint fifth in the inaugural Resorts World Manila Masters last year, Jazz hopes the feel good memories will spur him on this week. “I have played well here but it seems to be windier now. It’s going to be a challenging week. Putting is the key. My goal was to keep the card earlier this year and now that I’ve achieved it, I am hoping to win,” added Jazz.

Compatriot Prom, who is the highest ranked player in the field at third position on the Order of Merit, needs to overcome an ankle injury in his bid to erase last year’s play-off loss to Liang.

“I have good memories from last year although I lost. I’m very excited to be back here. Hopefully I can do as well as how I did last year. I just want to enjoy the game and not think too much about winning,” said the 30-year-old Thai, who is a two-time Asian Tour winner.

“The ankle is feeling a bit of pain. The course last week was soft and it didn’t really help as all the pressure was on my ankle. I’m going to the physio so hopefully it will get better before the tournament starts,” added Prom.

Other notable players in the Resorts World Manila Masters include India’s Jeev Milkha Singh, reigning Order of Merit winner Kiradech Aphibarnrat of Thailand and local hotshots Angelo Que and Antonio Lascuna, who are fifth and eighth respectively on the Order of Merit.