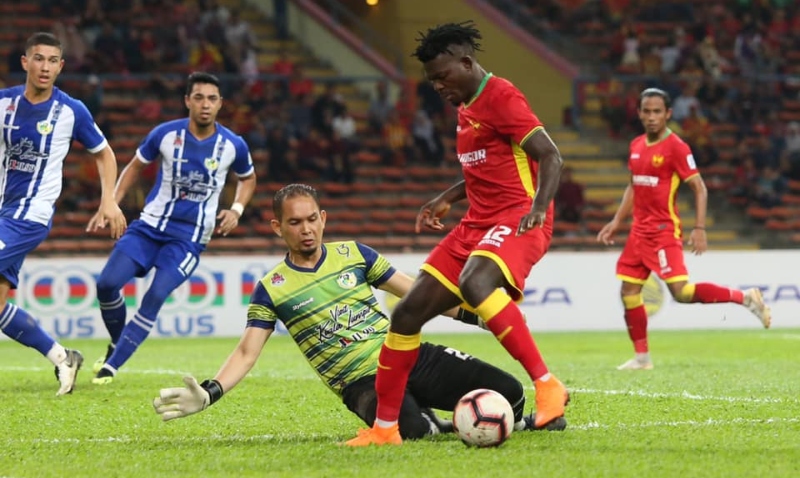 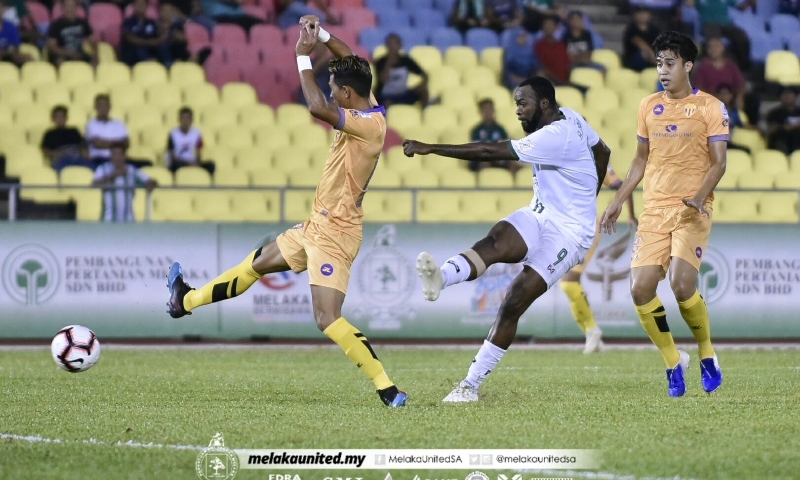 Selangor scored a morale-boosting 2-1 win over Klang Valley rivals Kuala Lumpur which moved the Red Giants into third place in the Malaysia Super League – a win which would not have come at a better time for next week’s clash against defending champions Johor Darul Takzim.
A penalty deep into added time in the 95th minute turned the tide in Selangor’s favor just when the match was headed for a share of the spoils at the Shah Alam Stadium. Sandro da Silva converted the spot kick for Selangor.
Earlier Idedayo Olusegun gave Selangor the lead on 37 minutes on a night when head coach B. Satianathan had to play reserve Khairul Azhan Khalid in goal to replace first-choice Farizal Harun sat out to serve his first of his five-match suspension.
Guilherme de Paula put Kuala Lumpur on level terms also via a penalty which came in the 58th minute.
At the Hang Jebat Stadium in Melaka, it was a six-goal thriller between Melaka United and Terengganu with Uzbek Sanjar Shaakhmedov hitting a hat-trick for the Turtles in the 3-3 draw.
It was heartbreak for Melaka who led 3-1 at one stage but Terengganu never gave up as they showed tremendous fighting spirit even after missing skipper Lee Tuck muffed a penalty on the hour mark.
Melaka’s Davy Angan was also in his element as the Ivory Coast striker scored a brace in the 17th and 48th minutes after Serbian Luka Milunovic opened the scoring for the home team in the 31st minute.
However, the night belonged to Shaakhmedov who plundered his goals in the 41st, 72nd 82nd minutes to help Terengganu return home with a point.
Five-time champions JDT lead the table with 40 points after 16 matches. Pahang with a game in hand is a distant second on 27 points followed by Selangor in third place on 25 while Kedah and Melaka are on 23 points each, separated by goal difference. – BY RIZAL ABDULLAH