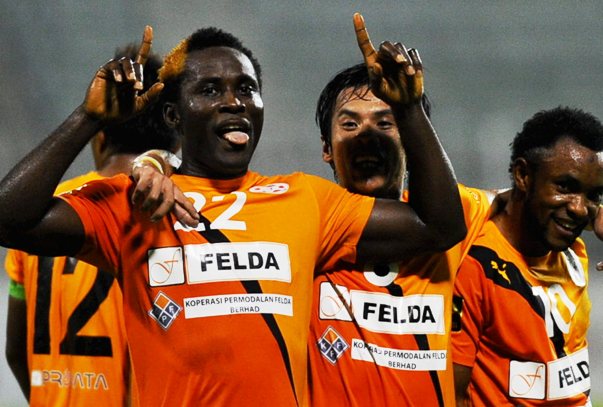 SELANGOR suffered one of their most humiliating and embarassing defeat in the Malaysia Cup competition when newly promoted Felda United thrashed the Red Giants 4-0 in their first-leg quarter-final match at the Shah Alam Stadium on Friday.

The FA Cup runners-up will take a huge advantage into the second-leg plus a four-goal away cushion at the Selayang Stadium on Oct 10. Felda United who now call themselves as “The Fighters” have virtually qualified for the semi-finals of Malaysia’s premier football competition under coach Irfan Bakti.

The former Selangor coach has taken Felda United back to the elite Super League next season after plying their football trade in the M-League in the second-tier Premier League and their first ever FA Cup final which they lost 2-1 to Pahang.

The big win at the Shah Alam Stadium also virtually destroyed Selangor’s “MIssion 33” having won the most sought after Malaysia Cup trophy a record 32 times.

The hero for Felda United on Friday was none other than their Zambian-born Australian striker Ndumba Makeche who fired a hattrick with goals in the 22nd, 84th and 86th minutes while Liberian hitman Edward Junior Wilson got one on 45 minutes – leaving the Red Giants’ fans shell shocked and a day to remember.

At the Sultan Mohd IV Stadium in Kota Bahru, Kelantan showed that they are very much in the Malaysia Cup business with a 3-1 hammering of Premier League’s Kedah in a hotly contested first-leg quarter-final match before a sell out crowd.

Liberian striker Francis Forkey Doe hit a brace with goals in the 7th and 24th minutes before Fakri Saarani hit the third for a comfortable win. Kedah, however, under coach Tan Cheng Hoe are capable of upsetting the Red Warriors at the Darul Aman Stadium in the return leg this Friday.

The Elephants had their goalkeeper Nasril Nourdin taking an early shower after he brought down Police dangerman Ashfaq Ali in full flight outside the box.

At the Sultan Ismail Nasiruddin Shah Stadium in Kuala Terengganu, Super League champions Johor Darul Takzim were held to a scoreless draw by Terengganu. The return-leg will be played at the Larkin Stadium in Johor Bahru this Friday.